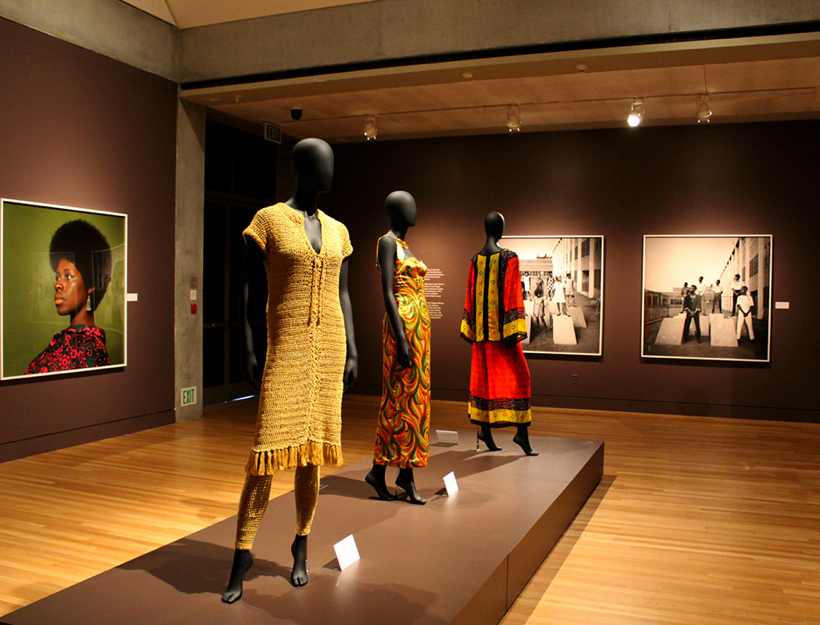 The phrase “Black is Beautiful” is so powerful and it’s only becoming stronger as the social climate continues to intensify for the black community. We have started to use that phrase as a source of strength to remind us that the stereotypes and imperfections we are ridiculed for in society are what actually make us beautiful as a culture. Kwame Brathwaite recognized that idea and used that as his theme for his collection of photos in his exhibit at the Skirball Museum. 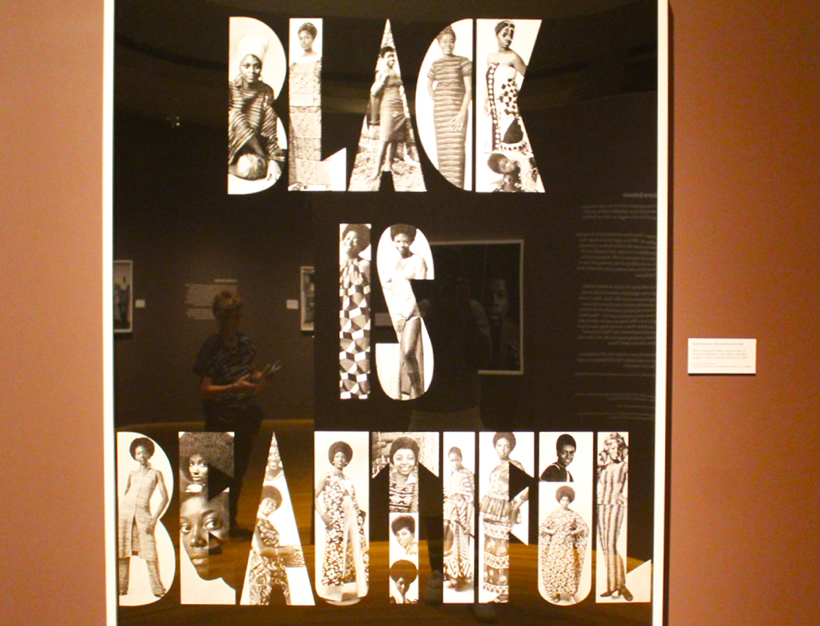 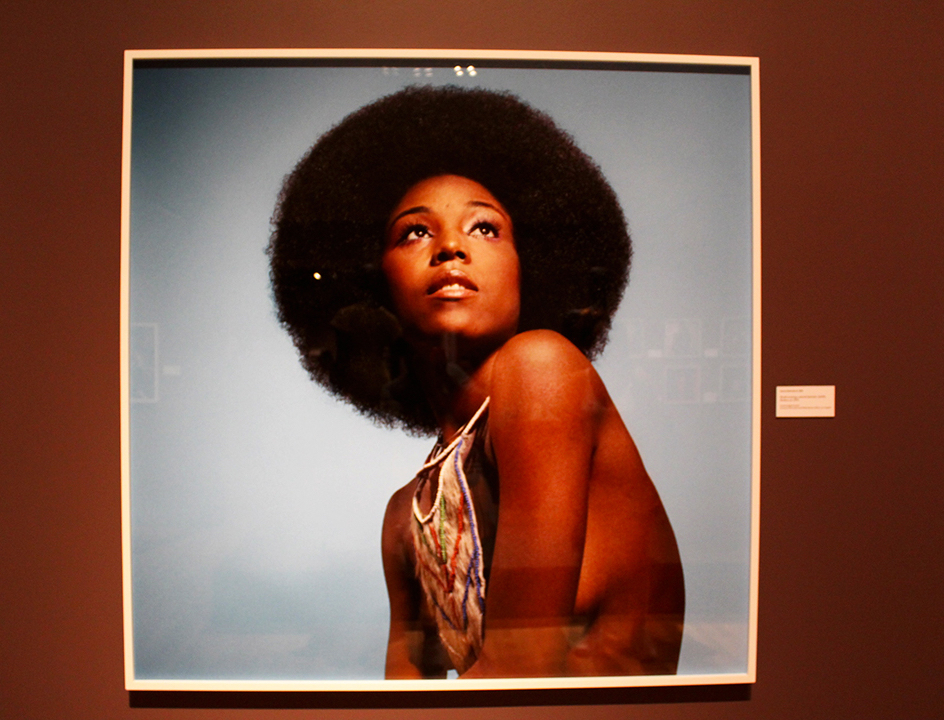 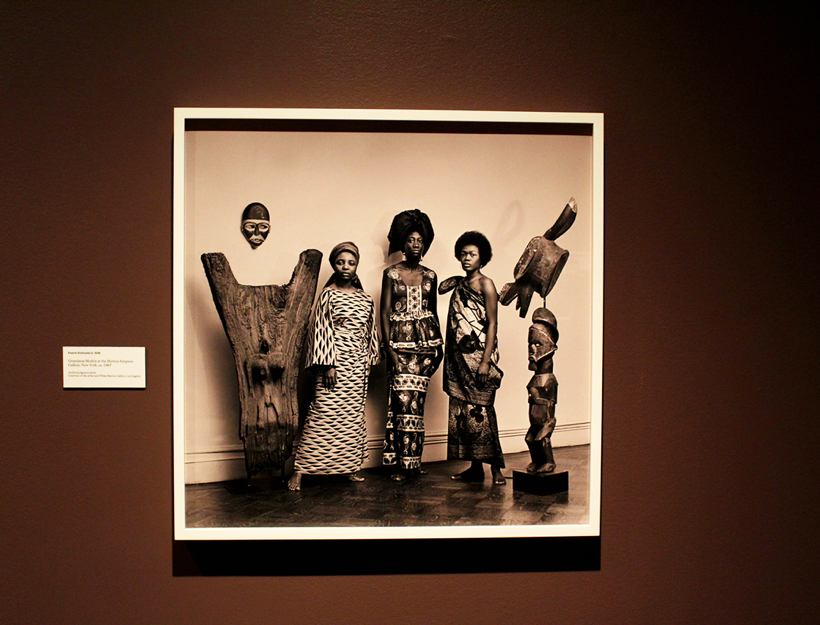 Brathwaite’s iconic images amplified one of the most influential cultural movements of the 1960s: “Black Is Beautiful.” Featuring over forty photographs of black women and men with natural hair and clothes that reclaimed their African roots, Black Is Beautiful: The Photography of Kwame Brathwaite, organized by Aperture Foundation, New York, is the first-ever major exhibition dedicated to this key figure of the second Harlem Renaissance.

Inspired by the writings of activist and black nationalist Marcus Garvey, Brathwaite (b. 1938) combined his political vision with the medium of photography to affect social change. Along with his brother Elombe Brath (1936–2014), Brathwaite founded two organizations that were instrumental in realizing his vision: African Jazz-Art Society and Studios, a collective of artists, playwrights, designers, and dancers, in 1956; and Grandassa Models, a modeling group for black women, in 1962. Working with AJASS and Grandassa Models, Brathwaite organized fashion shows featuring clothing designed by the models themselves, created stunning portraits of jazz luminaries, and captured behind-the-scenes photographs of the black arts community. 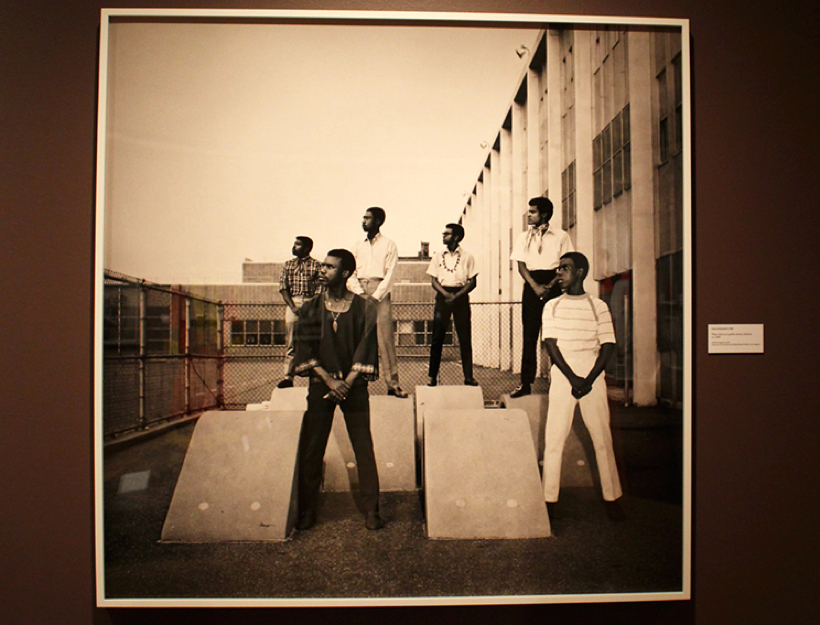 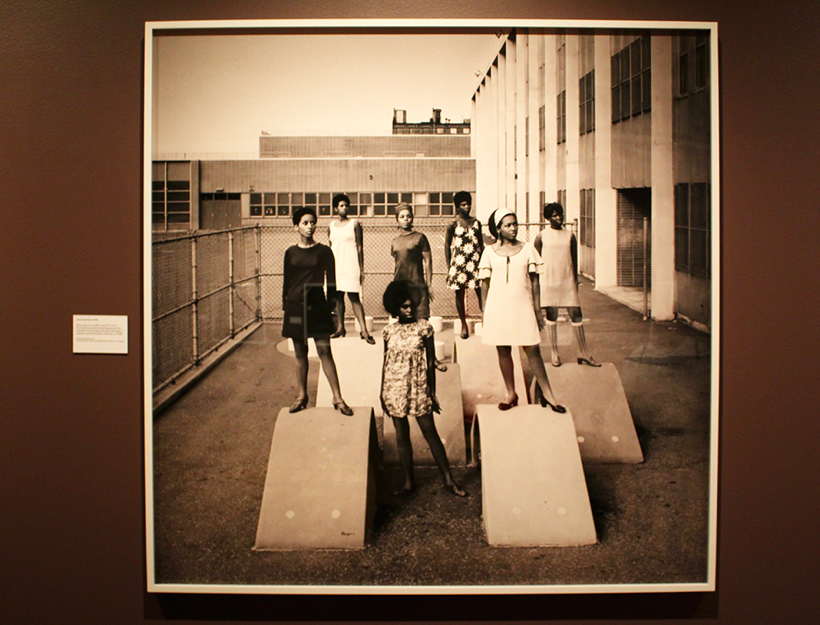 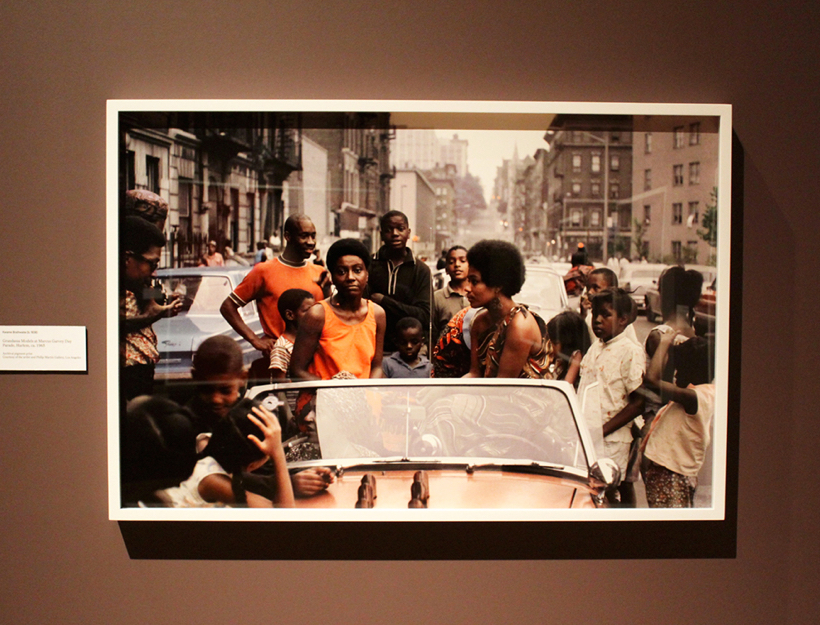 In an era when segregation still prevailed across the United States, Brathwaite’s work challenged mainstream beauty standards that excluded women of color. His photographs celebrated black beauty and instilled a sense of pride throughout the community. Black Is Beautiful: The Photography of Kwame Brathwaite demonstrates how the medium of photography is an essential cultural tool in the dissemination of new visual paradigms and political ideas.” – Excerpt from the Skirball Cultural Center

During my time observing the exhibit, I saw many photos where Brathwaite highlights the clothing and fashion of his subjects. We as a black community have always been able to express ourselves through what we wear, and I thought it was a powerful way to show the beauty in black culture. Coming from a multi-ethnic background and being mixed, one of the ways I was able to find my confidence was through the expression of my style and the way I dressed. It was another way for me to translate my sense of self-confidence, almost like putting on a body of armor every day before I walked out into the world. 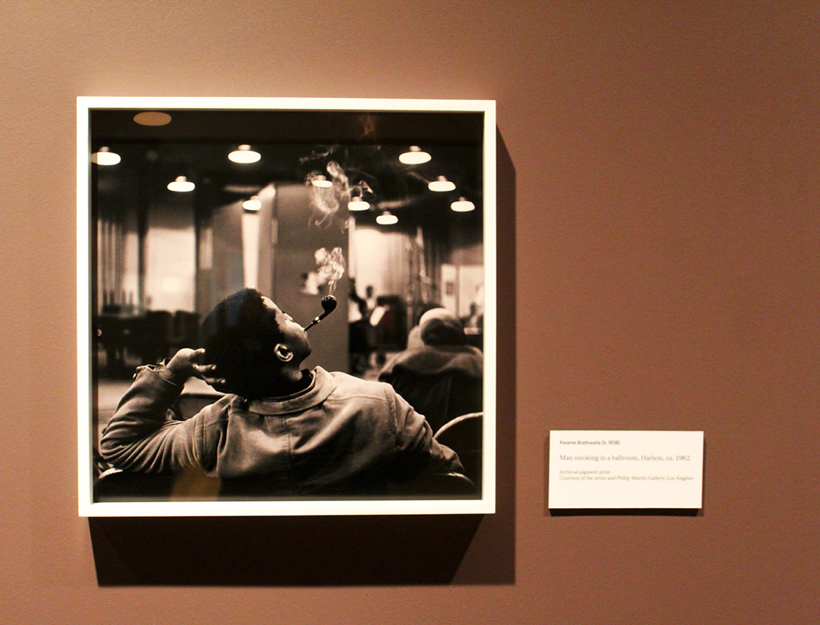 Brathwaite was also able to capture the essence of Black Love, which is another phrase that has been increasingly growing within the black community. The phrase is simply used for a black couple. Brathwaite was able to capture photos of black couples as well as tell a brief story about the couples that were his subjects. It was great seeing this in Brathwaite’s work because we have powerful black couples in pop culture such as Michelle and Barack Obama, Jay Z & Beyonce, Alicia Keys and Swizz Beatz to name a few, but not enough are talked about outside of pop culture. It was beautiful to see how Kwame took regular couples and was able to tell their story through a photo, pushing the idea of black love within the black community. 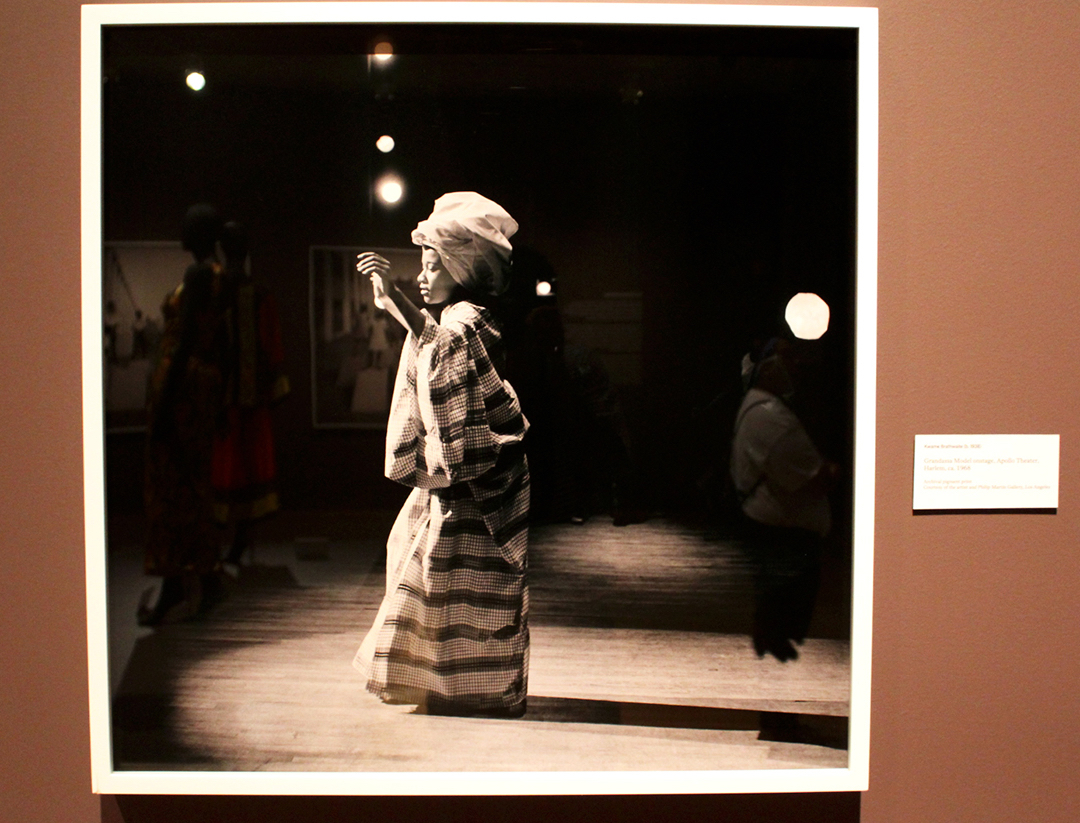 Tyler Mitchell is an upcoming photographer who has already worked with the iconic Beyonce and had his work published for the cover of Vogue September issue at just 23 years old. What Mitchell was saying was that the beauty of black culture is not highlighted enough within society or the media. It’s actually something that is either ridiculed or not noticed. When black artists have a platform to express the beauty in black culture it is an act of justice because these artists such as Braithwaite, Mitchell, as well as many others are showcasing that beauty through larger platforms. We are fighting for space for our culture to be seen in a mainstream media, and these artists are capturing the beauty of our culture through their photographs.

In conclusion, I really appreciated the exhibit that I just so happened to stumble upon by accident. It really was refreshing to see an exhibit be unapologetically black but still curated with taste. Skirball Cultural Center is one of my favorite museums because they always try to present exhibits to show the struggles of either an artist or a culture and these exhibits  are always designed well. Black Is Beautiful: The Photography of Kwame Brathwaite just ended on September 1st, but keep your eyes peeled to peep the next exhibit he decides to showcase in Los Angeles.
*