Do you love history, literature and fashion? Then Time Princess might be just the game for you! Made by IGG (I Got Games) Inc, a phone game developer based in Singapore, Time Princess is available in over 20 languages and has nearly 10 million registered users. You might recognize the game from the prolific ads promoting it across social media, especially on Instagram. Despite the cheesy nature of the ads, I was drawn in by the art style and fashionable outfits in Time Princess and decided to give it a try. A year later, I still play this game daily. So what is it about Time Princess that is so entertainingly addictive?

The main premise of Time Princess is simple: you the player have been gifted the ability to travel into the pages of storybooks and live out the story as the main character. This is a truly limitless concept; anything can happen when the world of literature is at your fingertips. To start off, you are given three options for your first book: Queen Marie, Magic Lamp and Gotham Memories. Each of these stories is quite different in genre, historical period and fashion, giving the player a wide range of options from the beginning. I started with Queen Marie since I was looking for the elegance of royal ballgowns first and foremost and I was not disappointed. As I played each chapter I earned more book tokens to open the other books and before I had even finished Queen Marie I had dipped my toes into the other two books as well. At this point, Time Princess has released over 30 books with more on the way so there’s a veritable smorgasbord of books to choose from.

Time Princess has such a wide range of books that there is sure to be something for everyone to love. One of my favorite genres are the historical books as I love to learn more about famous figures in history such as Marie Antionette, Cleopatra and Empress Elizabeth of Austria (aka Princess Sisi). Though the history and fashion within each story certainly take artistic licenses over following a rigid commitment to accuracy, I still find myself learning as I play. Many books reveal tidbits of history I had never heard of before such as the existence of d’Éon de Beaumont, a French spy who disguised himself as a woman and wore woman’s clothes in his daily life as well. Several stories are based in Asia, particularly East Asia, and unfamiliar words are defined for players in an event log so that they can understand the cultural terms and traditions going on within the story. Time Princess offers that special kind of learning where you’re having so much fun you don’t realize you’re picking up the same things your teachers tried to teach you in school!

A lot of the fun in Time Princess comes from the clothing pieces you craft and collect along the way. Each cleared chapter will give you a blueprint for a new piece of clothing such as jewelry, dresses, makeup, shoes and more. Once this item is crafted, it will be part of your permanent collection. You can use the item to help you pass clothing requirements and clear more chapters in the story. You can also mix and match clothing pieces across story lines in the Changing Room and take pictures of your favorite unique looks to share online. Time Princess has a strong social media presence across several platforms including Instagram and Discord, and members are rewarded for interacting with the game’s social media content by receiving crafting supplies, gems and heart points which operate as the game’s energy. Time Princess often sends gifts to players’ game inboxes for holidays as well, such as Christmas, Valentine’s Day and International Women’s Day. 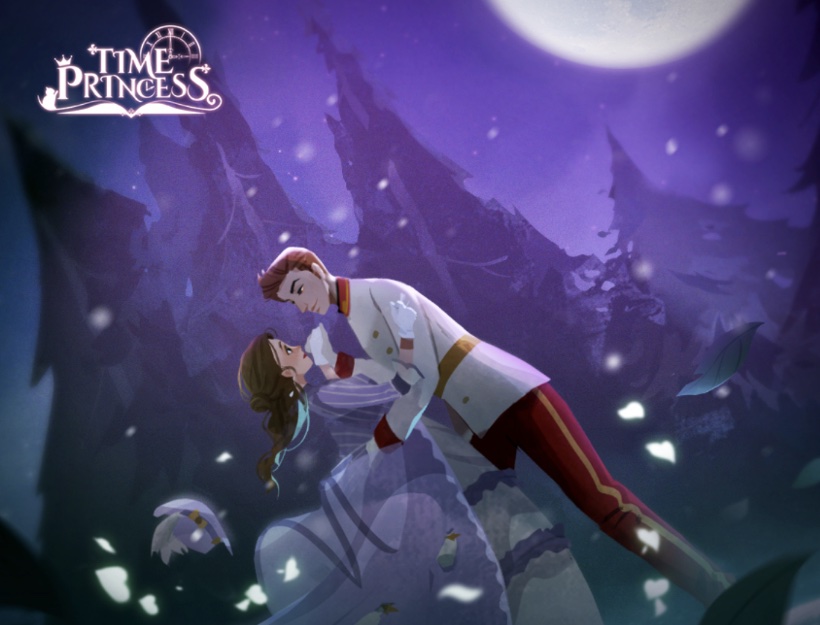 One of the first questions that comes up when playing a “free” mobile game is, “Do you have to pay to play?” The short answer is no. Time Princess has built in enough progress rewards, special gifts and general game loot for players to be able to clear each and every available book without spending a dime. By logging in and playing mini games each day, it is possible to gradually assemble gems as well which are the main in-game currency for special limited-time event outfits. That being said, it is very easy to drop a lot of money on this game fast. Time Princess is chock-full of special events and outfits, often several at a time. It is possible to get a few pieces of each outfit by playing each day, but oftentimes if you want the full outfit you’ll have to pay a few dollars to get it before it’s gone. Overall, I find the system to be fair. There’s tons of free content for those who don’t want to pay and every piece of clothing behind a paywall is totally optional. It might strengthen your game to buy clothes with better stats, but you can play without them just fine as well.

The main thing I would like to see from Time Princess moving forward is more diversity. The game is clearly targeted primarily at a white and Asian audience, with most stories taking place in Europe, North America or East Asia. While there is the customization option to make your main character have darker skin and non Eurocentric features (and the game offers a few of those options rather than just one default), none of the stories are built with the expectation that you’ll play as a POC. Art pieces which are unlocked during certain chapters of each game always depict the main character as a pale-skinned girl and even in cases where stories are set in places based on the Middle East, the models for the clothing sets are white. I am hopeful that future books will bring more diversity and explore cultures and mythologies from all over the world, but I also fear that the game will continue to have a white-washed approach unless there is a stronger push for change from within the fandom.

While not every story is a success (*cough cough* Ghost Manor), there are many tales that will stay with me for a lifetime, such as one of the most recent releases, Ancient Dreams. I mean, who doesn’t want to be a renowned antique restorer who helps the souls of ancient artifacts fulfill their deepest desires? In my opinion, Time Princess has really been knocking it out of the park lately. Their modern tales, rather than being a thinly veiled excuse to provide players with more contemporary fashion pieces without caring about the plot, are some of their most expertly crafted tales yet, covering a variety of fascinating professions from becoming a Kpop idol to working as a fine arts curator to competing in professional iceskating. I truly can never guess what story IGG is going to pull out of its hat next!

Time Princess is a game that has stuck with me much longer than I initially expected. What I casually downloaded as an amusing time-waster I thought would hold my interest for a couple weeks has become a daily part of my life. I look forward to seeing what stories and events Time Princess will release each and every month and I genuinely hope the stories will continue to be as engaging, thought-provoking and heartfelt as the ones which came before. If my words have piqued your interest, head on over to the app store, download Time Princess and give it a try. Happy adventuring!