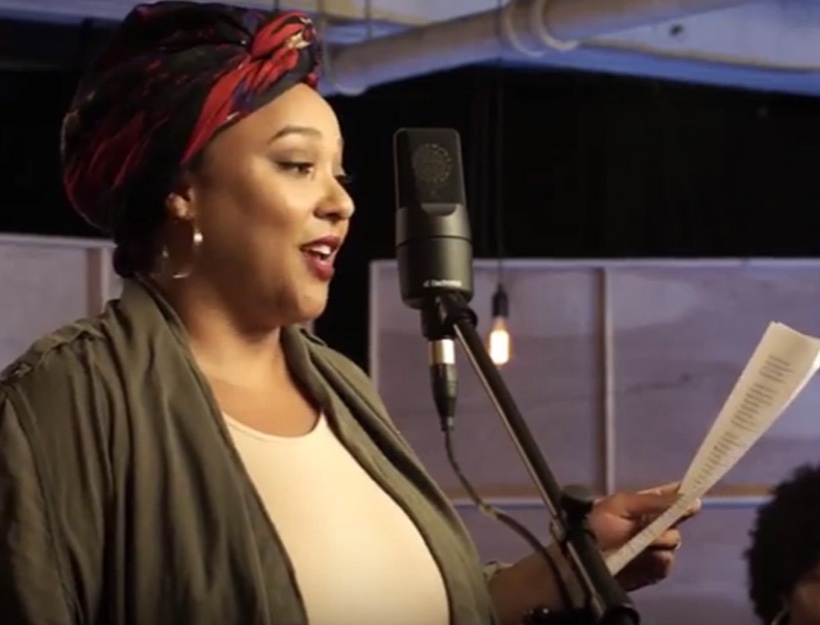 We are a nation of opinions
Someone is always talking
Which leads me to wonder,
Who is listening?
Who is taking note?
Who is assuring us that the freedom we were promised is actual?
Who among us has quieted their ego enough to simply listen for the hushed cries for help?

Let it be me
Let there be three, wise women or men
Let someone demand silence long enough to hear all that we miss, over the
screaming

She was screaming, when the cameras arrived
Her child murdered
His body left for hours
On a platform, in a jail cell or was it in the street?
She was screaming
And, they called her angry
Called her uncontrollable
Called her everything, but a grieving mother

The cameras say her child was murdered
The judges say the murderers didn’t murder, but there are bodies that say different
Black folks are being exterminated, so why are we not calling it ethnic cleansing?

I heard them say:
Protests and rebellion solve nothing
Say damaging your own community is nonsensical
But this don’t feel like my community
This hunting ground, don’t feel like no home to me

Is anybody listening?
Or have we defended and out-talked each other to the point that we have forgotten
that we are all trying to survive?
All trying to love someone
All in need of love
All want to have a place to relieve ourselves, without fear of being beaten to death,
for walking in the “wrong” bathroom
We have long known the face of pedophiles and rapists
They are “monsters” we know well
People we sleep next to and pretend not to notice the blood in the morning Ignore or shame our daughters, but fail to educate our sons
And the only monsters I’ve ever known have been men I’ve loved
And women I’ve trusted
And bosses who have taken advantage of their power
And educators who thought I wasn’t good enough for their institutions
But they praise me, if I increase revenue
Pretend my black ain’t visible as long as I defer to them
But let me think I’m somebody
Let me think I create my own value
Let me dare to live a life I love
But let me dare YOU to be better and suddenly I am angry and no longer sweet and
soulful, no longer a #DarlingPancake suitable for your institutions
(But they don’t hear me)
We are a nation of opinions that tend to disregard the people our opinions actually
impact
Will you seek to understand or just write this off as a long soliloquy?

Are you actually doing your best?
Will you leave this planet better than you found it?
See, I ask you these questions because it is time

It is time to love again
I want to laugh again
To forgive and rectify
To live this life on purpose with purpose, not just chasing money that inevitably
isolates us
I offer you my voice,
This pain and heartache
I offer you my hand, please don’t let go
I’ll stand with you in these trenches
All I ask is that you listen.