The flag of Alsace (in Alsatian ‘Rot-un-Wiss’, “red and white”) is the evolution of the red and white banner of Gérard d’Alsace, Duke of Lorraine in the 11th century. 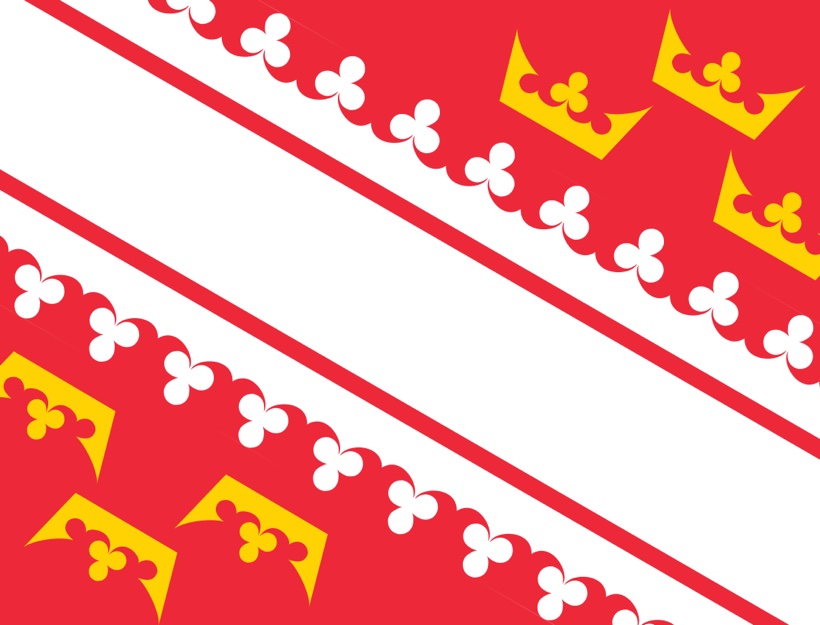 The rich historical region of Alsace in northeastern France on the Rhine River borders Germany and Switzerland. Strasbourg, centered on the River’s Grand Île island, bordered by canals and home to the Gothic Cathédrale Notre-Dame de Strasbourg, is the capital of the Alsace region. 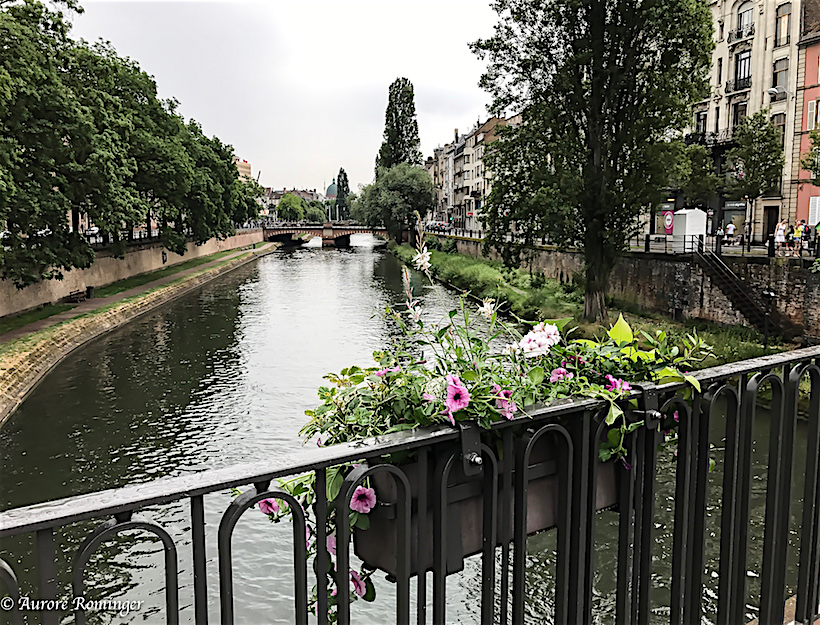 Alsace always faced change due to its perilous location, especially on the borders of Germany and France. The “tug-of-war” continued for centuries. Today in Alsace, you can still can witness how the contributions of the two mega-empires affected the area through its architecture and the presence of both French and German dialects. 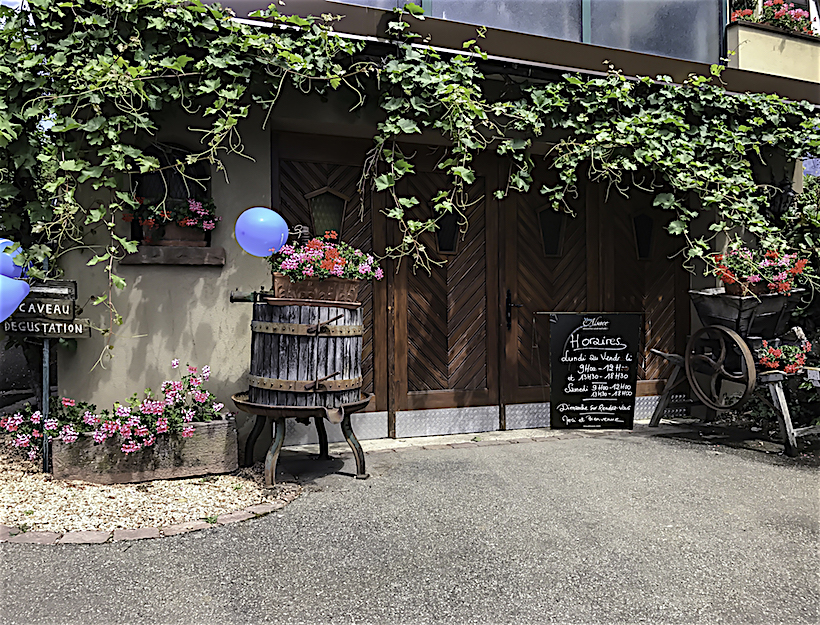 The food and the wine of Alsace exemplifies the mix as well. For instance, Germanic grape varieties like Gewurztraminer and Riesling dominate the French départment, but in Alsace they are produced in a very different style. 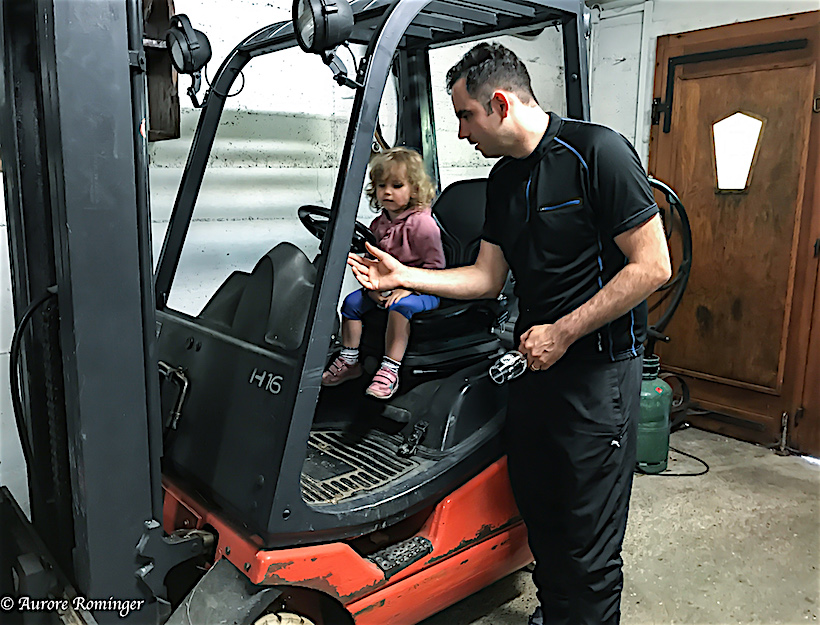 As a father demonstrates the modern farmer’s tools, the remnants of tradition expose the evolution of a  2000 year history in which Alsace has developed from being a prosperous merchant city to its current position as capital of the peoples of Europe, from a centre for humanist thinking to a thriving hub of creators and entrepreneurs.

The Philippe Hertz Winery is organic and produces by hand with natural practices in Molsheim next to Strasbourg. 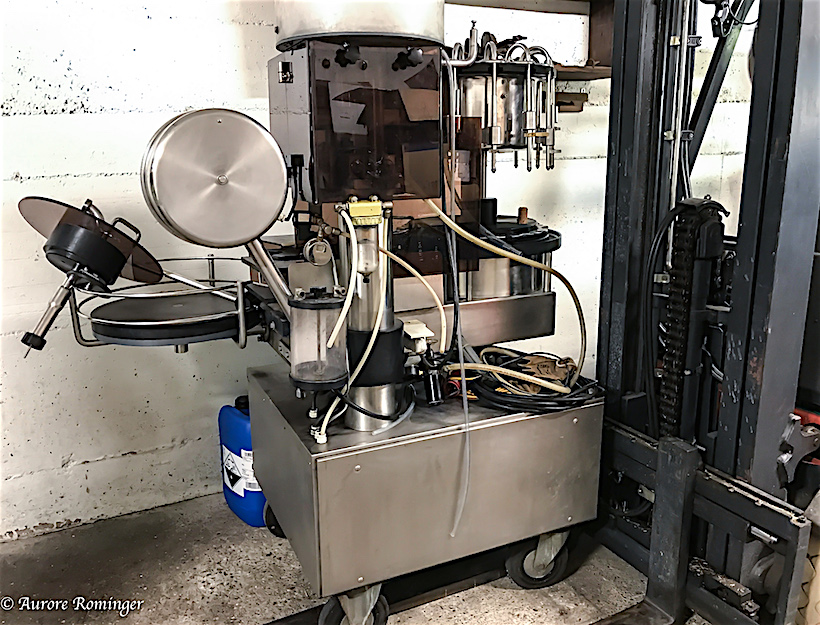 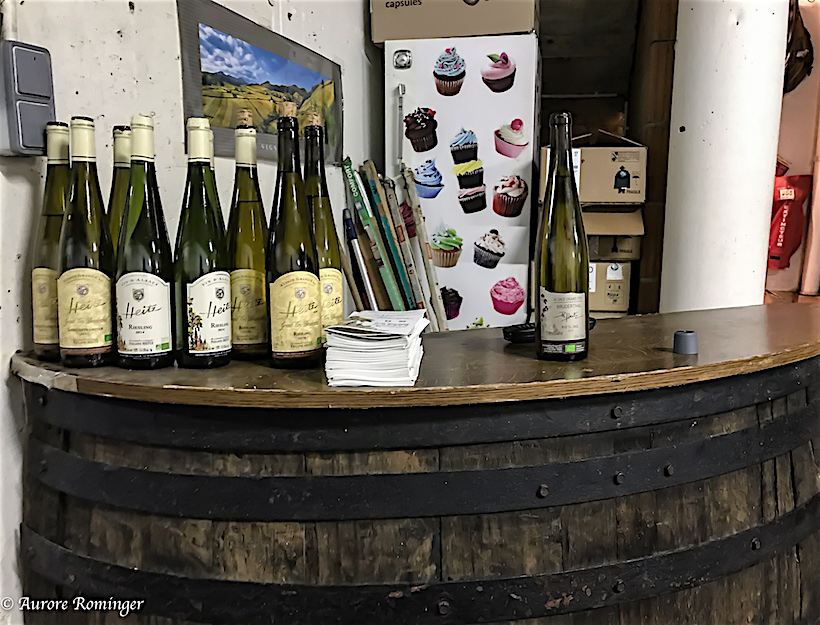 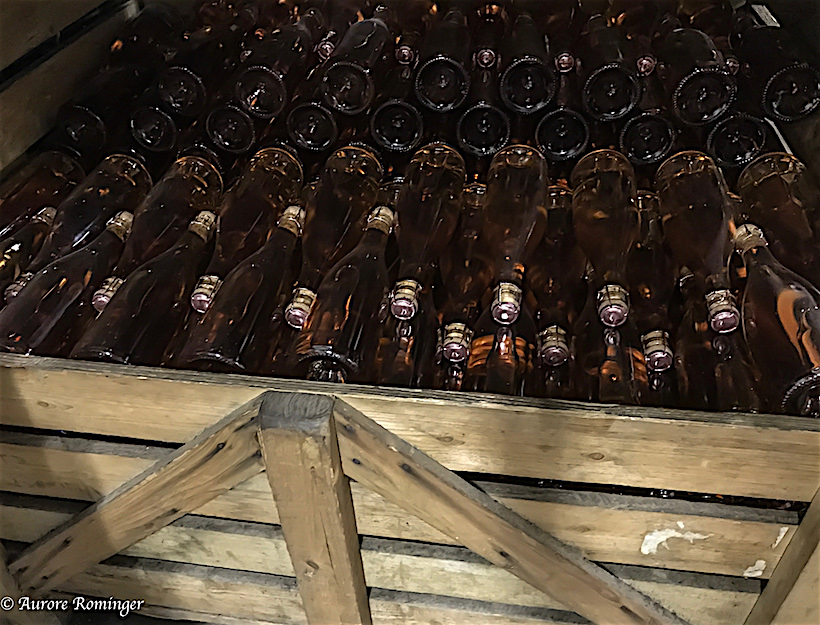 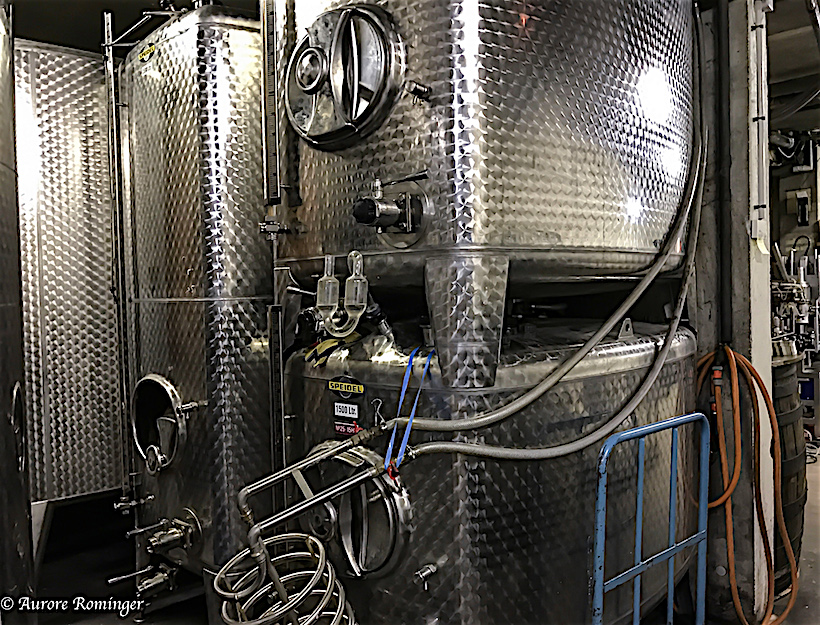 The tradition of grilling sausages remains as modernity is enriched with its blend of cultures and becomes fertile ground for the cultivation of innate tolerance, ecological awareness and the embodiment of the European spirit. Strasbourg is a highly historically attractive, yet contemporary city. A multifaceted image is the basis of its originality, bringing history full circle. 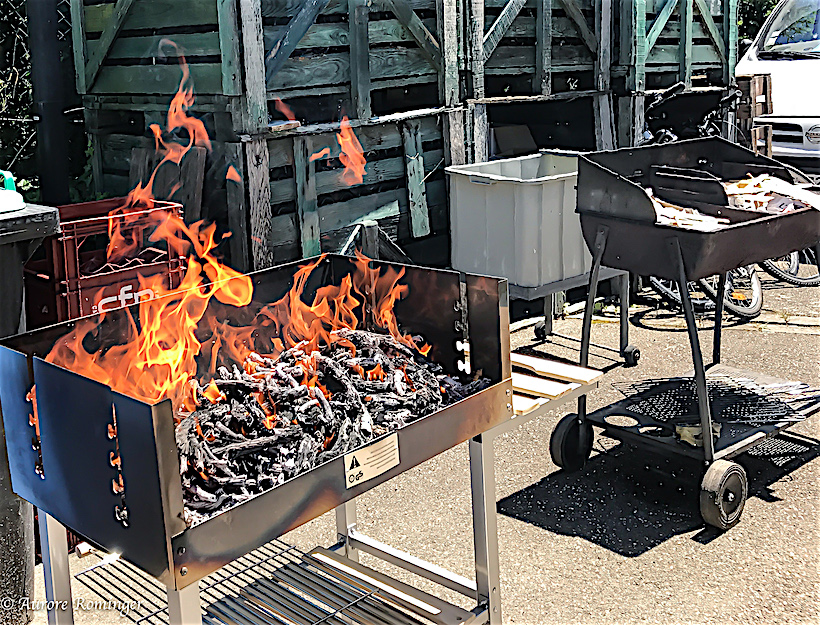 A diverse Europe is alive here. The Europe of democracy – the Europe which belongs to its citizens – is being constructed here to deal with the major issues currently facing our society such as education, industrial modernisation, solidarity, the change in energy sources and eco-responsibility. 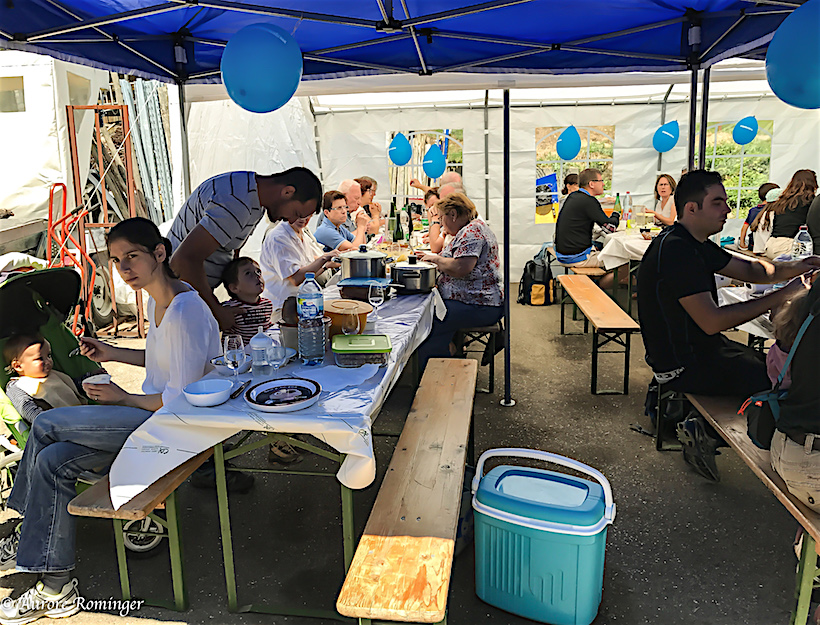 I reveled in the feeling of conviviality and familiarity with some nostalgia related to my own family reunion picnic experiences. In fact, perhaps this nostalgia surfaced because it was the actual day of my annual family picnic in the park of the charming village of Winters, California. My family picnic, like the one under the flag of Alsace, has reunited the family on an annual basis. In my family, the children, grand-and-great grandchildren of my grandfather with the families of his 10 siblings meet each year on the first Sunday in June since 1950. Additionally, my grandfather’s family comes from Bitz Germany, about 145 kilometers from Strasbourg!
*