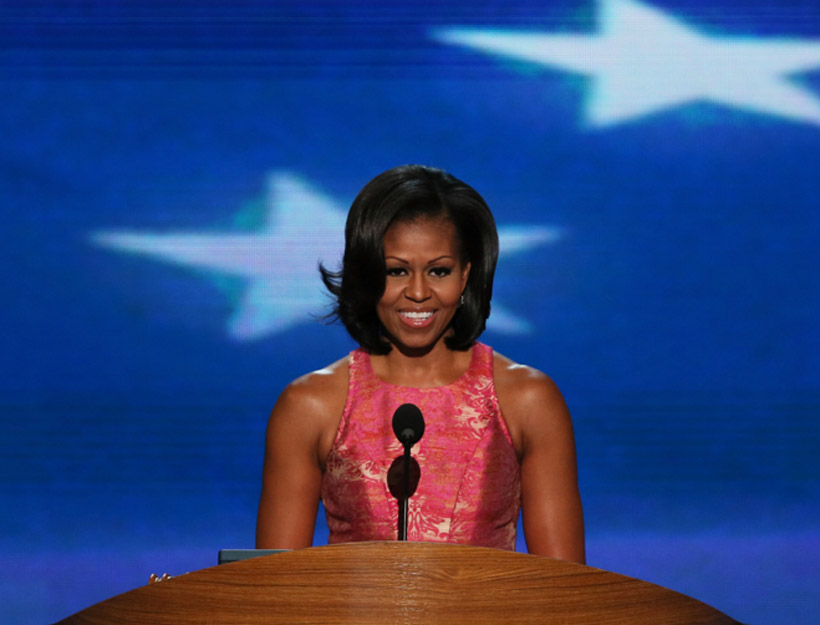 It was 2007. I was too young to realize I was political, and there was a senator two of my friends could not stop talking about. They were excited in a way I had not previously witnessed them. They convinced me to drive to Nevada to volunteer for this senator who was running in hopes of becoming the next President of the United States. We would get a chance to hear him speak while we volunteered for the Nevada caucus. We went to the volunteer training, and I was very impressed by the amount of integrity the Obama campaign had and expected from their volunteers.

There was another meeting to attend, but we skipped it to head to the high school where Senator Obama was going to speak. I walked in that high school skeptical that one speech would resonate deeply enough to make me a believer. Then the doors opened. Michelle Obama was announced and she began speaking, not about a job or role, but about the kind of person she fell in love with, the kind of person she married and had children with. The kind of person she trusted her future with and would continue to support wherever that took them. I found myself opening to the idea that maybe these people were deserving of the highest form of leadership in our country. I was most impressed by Mrs. Obama’s candid conversation. I recall her talking at one point about her husband still being her husband at the end of every day, which meant he’d swing by the store for milk and take out the trash before morning. She even talked at one point about her distaste for his cigarette habit, saying into the crowd, “If you see him smoking one, let me know.” She introduced her husband and again the doors flung open. The energy shifted in the room, and he proceeded to give a speech that won me over. It was a single sentence that did it for me: “I will wake up every morning thinking about ways to make your life better.” I had never heard anyone in politics sound so human, so good and decent.

After the speech, we made our way to the rope line and I went straight for Mrs. Obama. She was gracious and signed my “Hope” poster. I left Nevada a believer in the Obamas, and for the first time in my life felt a sense of patriotism. As a black woman, patriotism isn’t something I experience. It is something I grew up hearing about, but knew it was reserved for others, like “whites only” drinking fountains.

A month or so later, I hear that Oprah Winfrey, Michelle Obama and Caroline Kennedy would gather thousands of women to talk about our participation in the upcoming election. I waited in line on the UCLA campus for nearly 10 hours. I was one of the first people in line and therefore was one of the first let in. I stood dead center, ten feet from the podium.

I cannot tell you what any one of those incredible women said that day. What I do know is I cried the entire time. I could feel in my being how monumental this moment was. I was there, and for the rest of my life I would get to say that.

What happened at the end of that rally I hope to never forget. All the ladies came down and walked the rope line, greeting people and signing autographs. As each walked by, they acknowledged that not only was I witnessing something powerful, so were they. As Oprah walked past she asked if I was okay. I don’t know if I responded, but she walked back to me and wiped my tears from my cheeks. As Michelle approached, she looked me in the face and said, “Hey, weren’t you in Nevada?” I don’t recall if I responded to her either, but I know I was shocked that someone traveling the country, meeting countless people would remember not only my face, but also where she met me. There was a magic to that day that has carried me. A type of energy that makes you grow. In many ways, I see that day as a rite of passage, as a becoming.

Over the last eight years, I have been deeply moved by First Lady Michelle Obama, not because of her title, but because of what she has done with it. I love her strength and her brilliance, a brilliance she will not dim or hide for anyone, her dedication to family, but also to others. She is relatable and the kind of woman you want to know. She has been honest in a way many criticized, but I respect deeply. In 2016, Time magazine named Sasha and Malia Obama “most influential teens.” Michelle responded, “Yeah, I don’t know why. They’re not influential, they just live here (referring to the White House). They have done nothing to gain any influence.”

From a historical context, Michelle Obama is the first African-American First Lady, but to me she is a woman in full bloom, an example of black excellence that I am not unfamiliar with. Michelle Obama represents a demographic of black womanhood America has not been interested in witnessing, but has always been present in my community. Black women like Michelle Obama exist. Often they do not get to be on the cover of magazines, and it is even more rare for people to listen to their opinions. I am inspired by her grace because regardless of how little America liked her, she was still Michelle Robinson from the South Side of Chicago all the way to the White House. Through it all, she remained beautiful, brilliant and black. I have never been more proud to be an American because for the very first time I was represented.
*