Of vital importance to three major religions, the spiritual history of the Holy Land goes back thousands of years. For believers of Judaism, Islam, and Christianity, the Holy Land is of great spiritual importance and it is incredibly difficult to put into words just how great a factor it has played on the global stage throughout the years.

Many who journey to the Holy Land do so as part of a pilgrimage, seeking a greater connection with their deity. Many others journey in an attempt to discover its religious significance within their own lives.

Here at Culture Honey we love travel, and we especially love travel that highlights the incredible religious diversity and complexity of life. From locations like the Temple Mount to the archaeological city of Petra, there is so much to experience. Whatever you wish to see and however you wish to travel, make sure you take the time to soak in the spirituality where you stand. There are few places like it in the world.

Below is a short and sweet list of some of the religious and historical sites that were visited by Culture Honey’s own Winnie Law.

Dripping with history, no journey to the Holy Land would be complete without a journey to The Temple Mount. The beautiful domed temple and the stunning architecture are captivating site for visitors to the area.

While fascinating however, the history of The Temple Mount is a sad one, riddled with religious conflict. For both Jews and Muslims the site holds significant spiritual meaning and it is this meaning which has caused so much tension. For Jews it is believed to be the site of the two ancient Jewish temples. For Muslims, it is believed to be the site of Muhammad’s ascension into heaven. The temple itself is open to visitors and it a phenomenal site to see, but do remember as you travel through doors and gaze up at the roof that this beautiful place is has a tragic and dividing history. 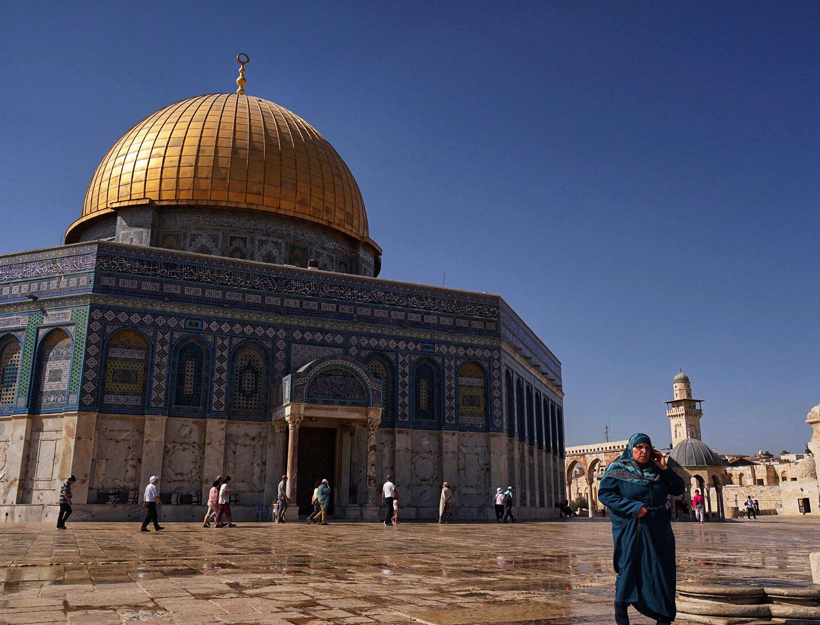 Known as the Valley of the Moon, Wadi Rum is a fascinating wadi to journey through whether you are an archaeological fan or just up for an adventure. Numerous cultures have called with wadi home from time to time and the drawings of the rocks are ones you won’t forget. It is perhaps most famous in Britain and America because of the movie Lawrence of Arabia, documenting T. E. Lawrence, the British Officer who many times journeyed through the Wadi Rum during his time in the area.

Reaching many different strands of life, Wadi Rum is also very popular with rock climbers, many of whom spend time rediscovering climbing routes used by the nomadic Bedouin people throughout their time in the region. Many of these routes are now famous among climbers and are popular spots for sandstone climbers. 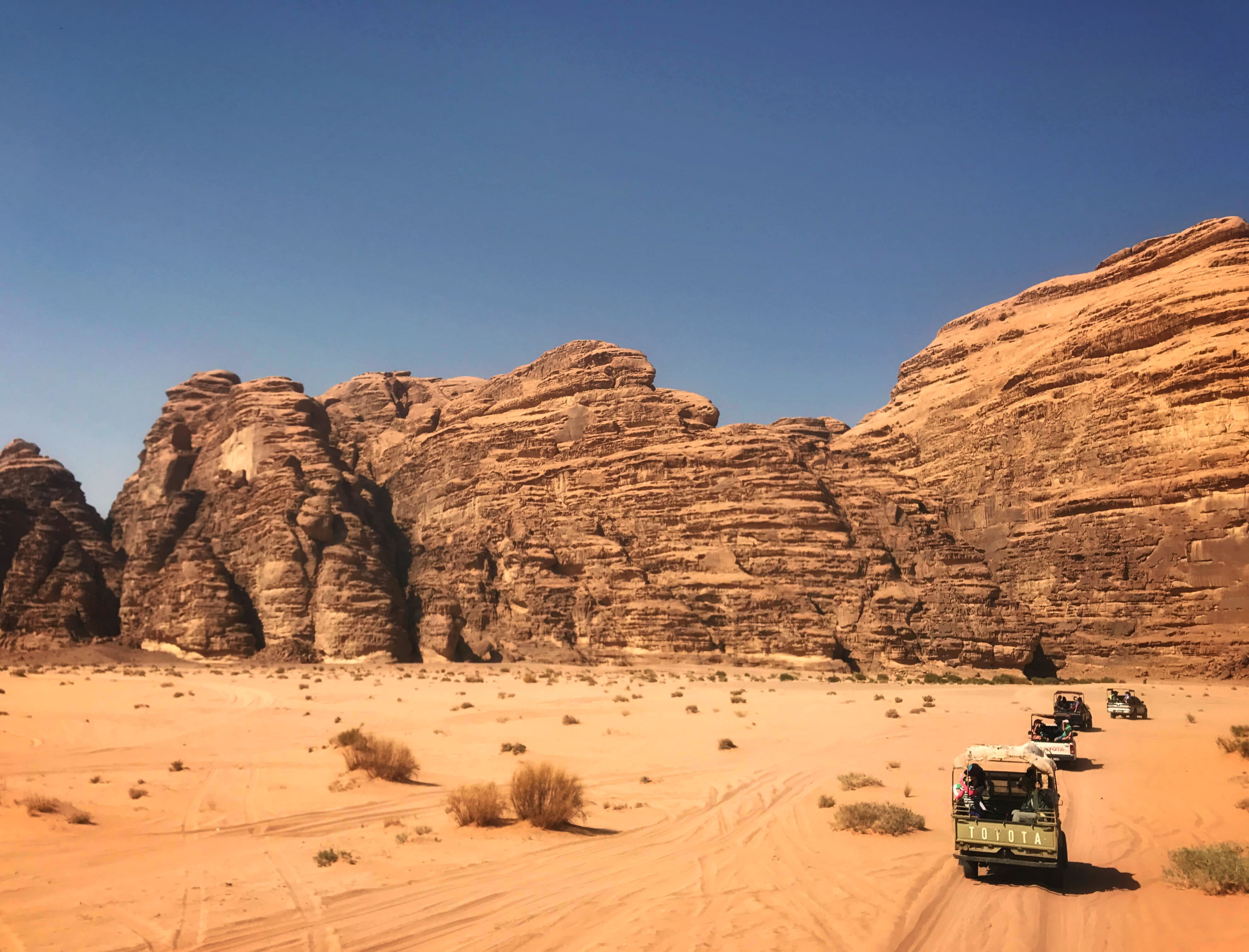 Looking out over the land, it is difficult to not put yourself in Moses’ shoes. According to the Old Testament, Mount Nebo was were Moses viewed the Land of Canaan. It was here that God told him that while this was indeed the Promised Land, Moses would not be able to step foot upon where he gazed. 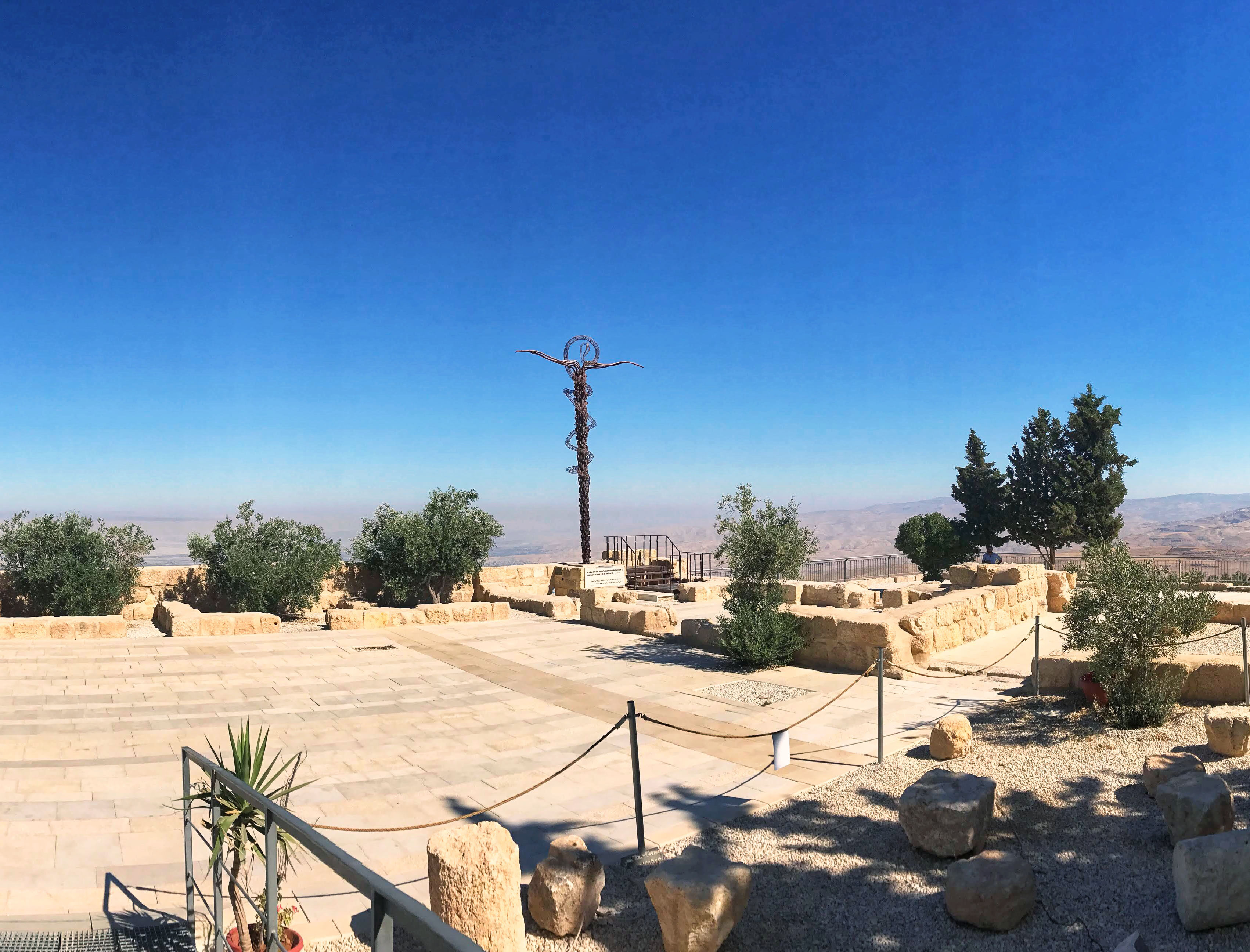 Controlled at one point in history by many of the great powers, the Amman Citadel stands as a poignant reminder as to the inevitable sands of time. Archaeological digs have found artifacts dating back over three thousand years. It is immensely historical and a popular site for history buffs the world over. Just make sure you bring plenty of water. That heat is not to be trifled with.

The historical city of Petra is quite possibly the most popular spot of all in the Holy Land. Featured in numerous movie franchises from Indiana Jones to the Transformers. A moment of pure awe, the breathtaking Al Khazneh, carved out of the sandstone, stands with incredible presence above you as you walk towards its entrance. It is a testament to the skills of humanity and to religious devotion and discoveries are still being made about this beautiful temple and the surrounding city. 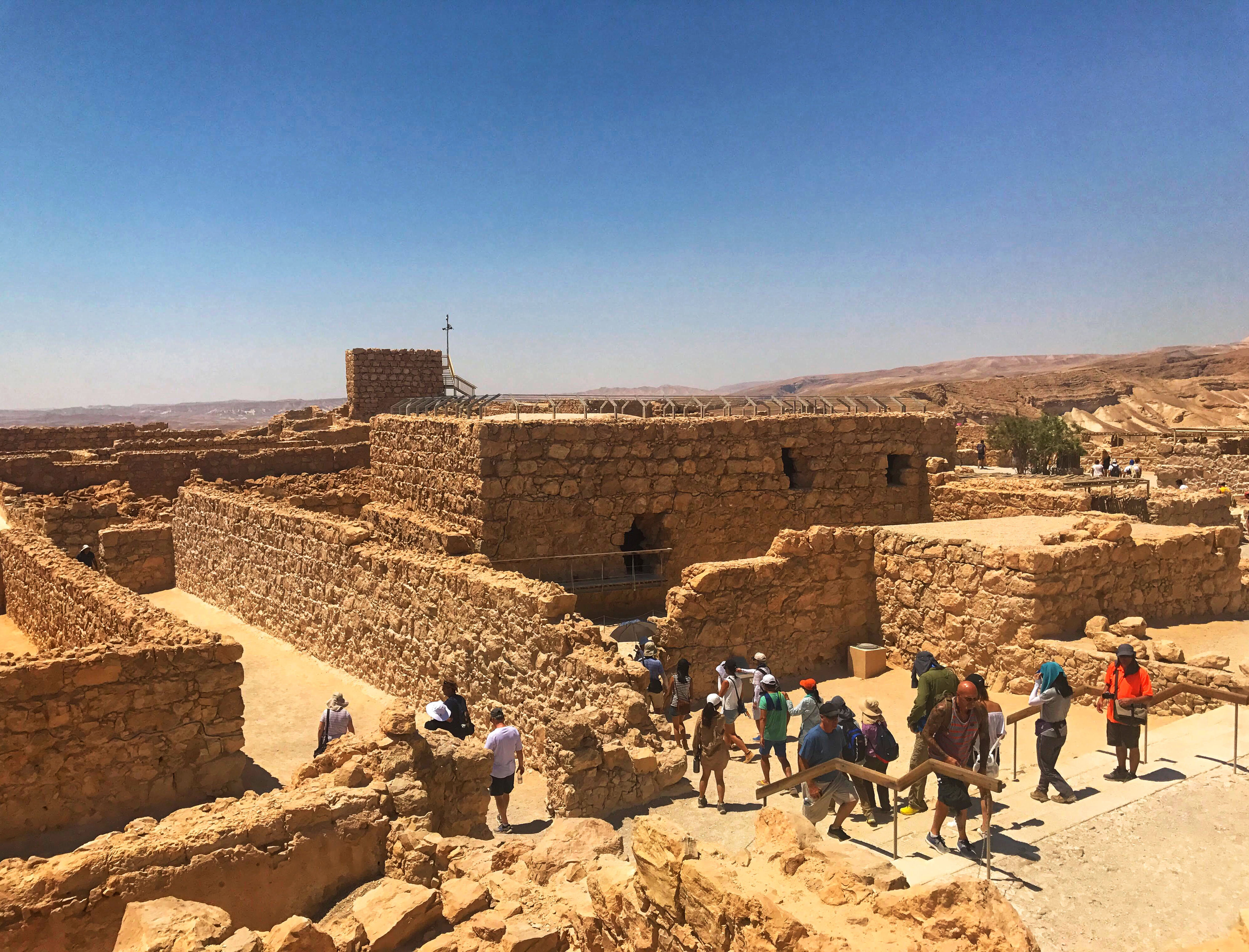 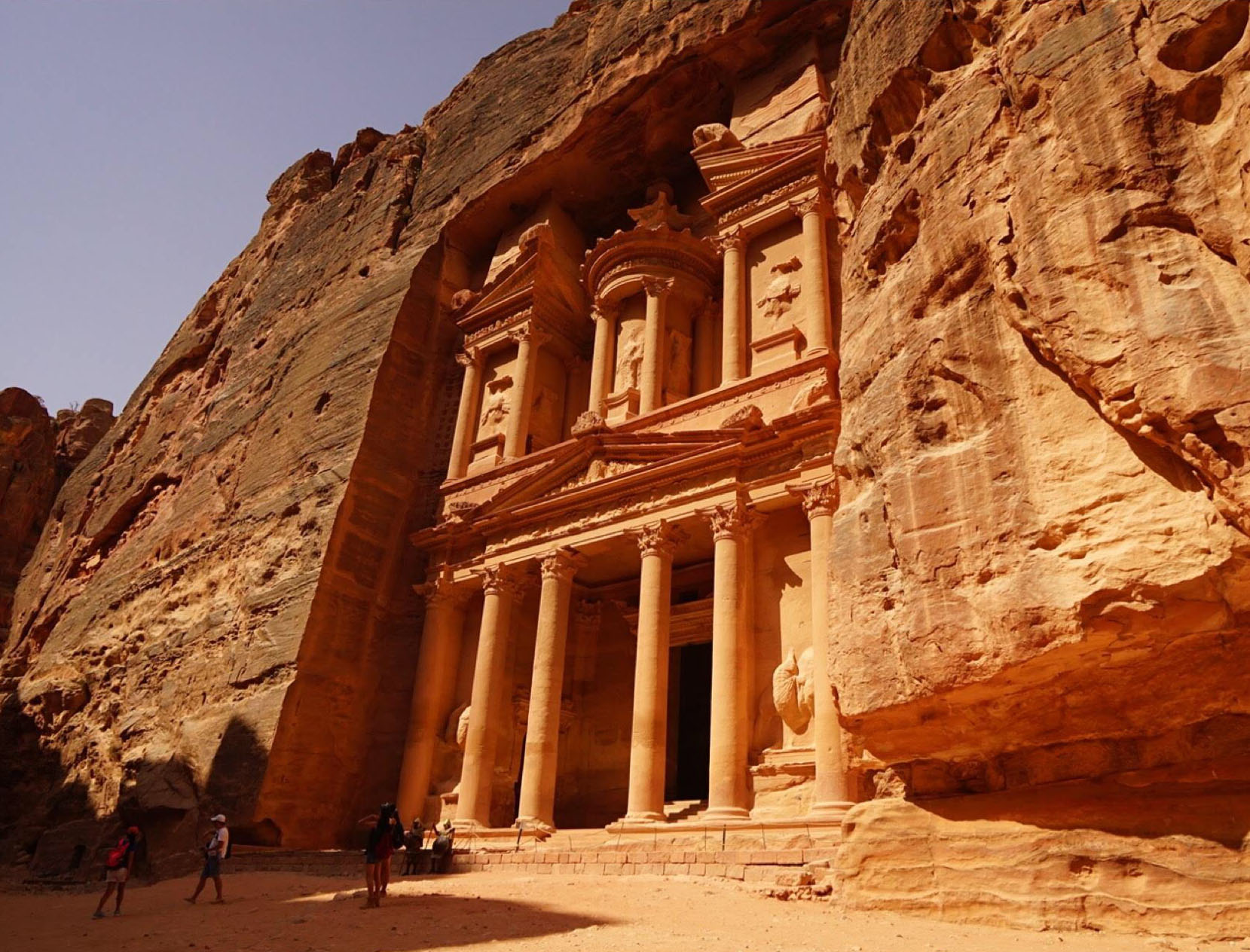 Door of Humility, Entrance to the Church of the Nativity

Marking the site of Jesus’s birth, the Church of the Nativity is one of the oldest Christian churches to still be around. It is immensely important to Christianity and a major holy site. That tiny door you see in the picture below is the Door of Humility and was built so that even the most noble had to dismount their steeds and enter bowed and on foot.

While maybe not as dramatic as the towering temple Al Khazneh, the religious history of this church is extremely rich, given its longtime survival in an area controlled by different religious groups at different times. 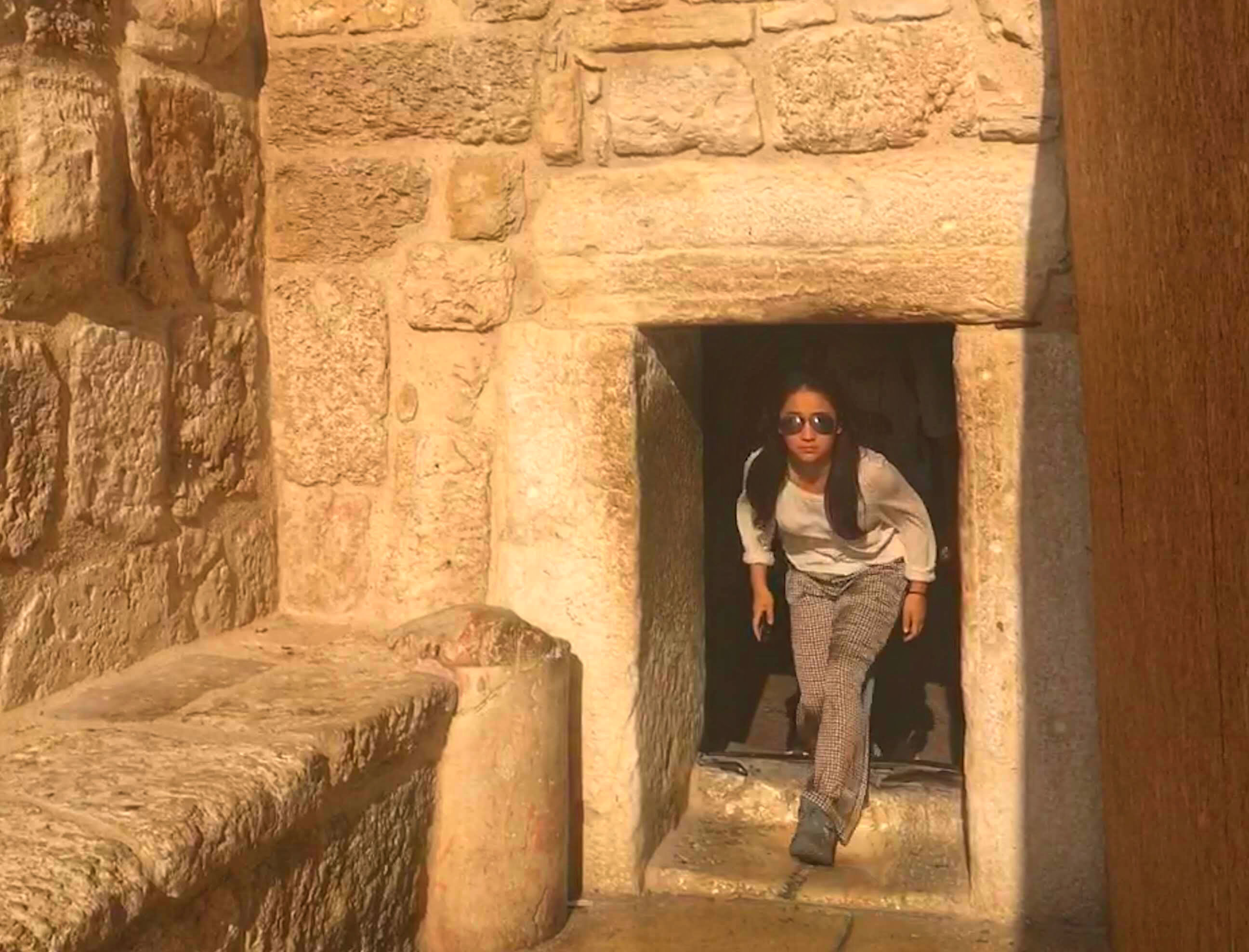 The Holy Land is a breathtaking place and full of so much history. For anyone thinking of taking the journey it is well worth it. Just make sure you are geared up with plenty of water (and batteries for the camera). 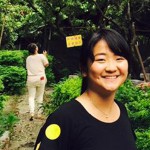 Winnie Law was born and raised in Hong Kong, China. She began her U.S. educational path three years ago in Southern California and now is continuing with University in the "other" half of the state, Northern Cal. Winnie has visited five out of the seven continents around the globe and has a special place in her heart for blue-eyed huskies.