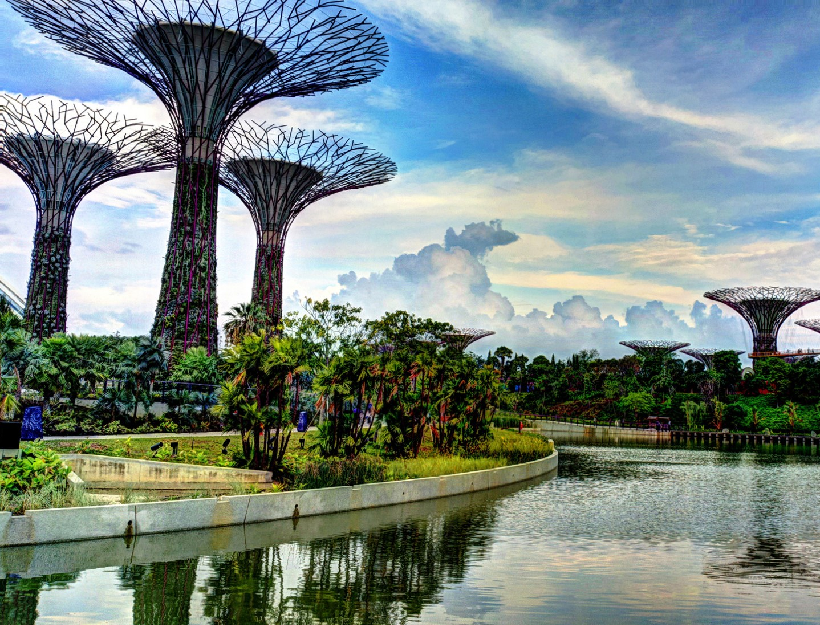 The Future of Cities

The Future of Cities

Over 3.5 billion of us live in cities. At our current rate of development, an area the size of Great Britain disappears every ten years to make way for our urban environment. By 2050, the UN predicts that around 70% of the human race will be living in these concrete jungles.

But what does this mean for the fate of humanity and, more importantly, the world?

In his brilliant mini-documentary The Future of Cities, Oscar Boyson travels the world to find out what people are doing to accommodate this growth.

And we don’t have to, according to Oscar. There are incredibly, ground-breaking developments being made all across the world.

In South Korea, the world’s first Smart City exists. It’s a place where real-time data is collected in areas such as water usage and electricity where efficiency is key and where waste is not wanted.

In Singapore, they are exploring the idea of carless cities where public transport is the future. Highways are looking to be replaced by public space and rivers run where roads used to be. Singapore is also a leader in environment initiative, having planted two million trees in 45 years. They’ve cleaned up the rivers and the streets.

And now Singapore has a rich diversity of species, more than any other urban environment.

Oscar Boyson spent two weeks traveling around various big cities and what he saw was incredible. In the slums of India, innovative people were turning plastic into bricks and water bottles into light bulbs. To those who want to see change, for those who want to see the world adapt to its surroundings, nothing seemed to stand in their way.

Standing on a Precipice

For years, humans have adapted the world to their needs. We’ve built buildings and walls, we’ve drilled into the ground for oil and burned it like it would last forever.

And now we face the humbling reality that we can’t keep doing this. We’ve reached the point where humanity might actually have to start adapting to fit the environment. We might have to start giving back if we want to save ourselves and the world within which we live.

The thing is, despite what we think, despite what we’re told, it’s not actually that difficult. In Milan, vertical forests are being built on the sides of buildings. Two hectares of woodland can now fit vertically into one tenth that size.

Imagine if every new building was obligated to be built in this way. Forests could exist in and amongst the cities. Birds and critters alike could live in harmony with humans.

Or if that’s not to everyone’s comfort, supertrees have been built in Singapore’s Garden of the Bay. Giant metal structures with trees and creepers growing in and around it, attracting wildlife that can live safely in its manmade branches.

In the wise and remarkably comfort-inducing words of David Attenborough, voice of the brilliant series Planet Earth and Planet Earth II, “Create the space and the animals will come.”

But What Can I Do?

That’s the grand scale, and let’s be honest, most of us don’t operate on that scale. If you’re an architect, engineer, city planner, senator, governor or (FILL IN THE BLANK WITH APPROPRIATE JOB TITLE HERE), then go for it and change the world on a grand scale. The rest of us will operate on the smaller, but still immensely important, scale.

Biking, walking, lobbying the government, farmer’s markets (reclaim them from the hipsters!), growing a rooftop garden, recycling (no, not throwing it into the recycling bin, though that’s not a bad thing. I mean reusing and repurposing), using public transport, picking up litter. These are just a few things we can do.

And if you must take the car, at least try and carpool. They’ve literally built a lane so you can do that.

Oh, one more thing. Next time you see a Prius, don’t punch the person sitting next to you and yell ‘PRIUS’. The more we embrace electric cars, the more they build electric pumping stations, the more affordable electric cars become, and the more likely humanity has a chance of survival.

That was grim, but also not far off. If we embrace energy efficiency, businesses and companies will change to supply us with what we demand. So demand better.

The Future of Planet Earth

There are currently 31 cities with a population of over 10 million. That number looks set to increase to 41 by the year 2030. That’s a lot of people in not a lot of space. Something is going to have to be done to figure out how to operate in a space like that and not fill the city with pollutants.

Because in all seriousness, I kinda like this planet. And as cool as it sounds to move the human race to Mars, something tells me that’s not the most practical idea.

So let’s start figuring out how to fix this planet, shall we? Before we start looking for other planets to inhabit.
*

If you want to check out the awesome video by Oscar Boyson, click here. Trust me, it’s worth it.