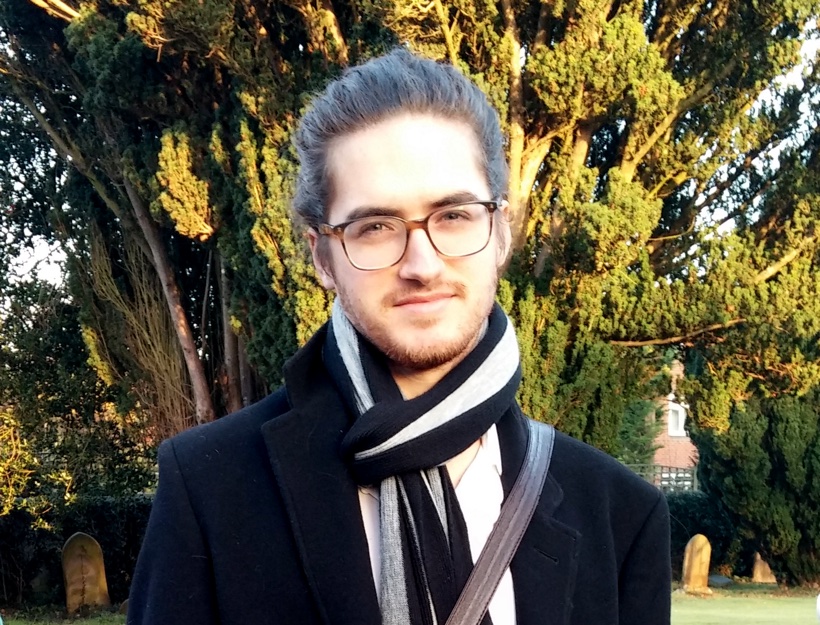 As Culture Honey’s mission statement reads (in part), “CultureHoney.com is a weekly online magazine that exists to give voice and offer insight into global and cultural exploration, thinking, and experience.” As part of that concept, we provide a platform for up-and-coming writers and those with passion and talent for poetry, photography and social & media commentary as well. Our weekly editions bring our contributors together, mostly over miles of distance, forming a loose, but fond, community of writers.

Josh W. Potter has been writing for Culture Honey since our launch in October of 2015. Then a university student, he contributed many articles on life in London; scouring cafes, libraries, urban farms, non-profits and even watch-repair booths to provide our readers an authentic taste of life in modern London! In addition to these missives, Josh has contributed essays and even a poem, and is currently contributing a novel-in-series, The Romance of Unconnected Lives, under his nom de plume, Damian Maximus.

Josh completed his undergrad program in Journalism at the top of his class, as well as earning a mention in the The Huffington Post UK, “HuffPost Young Talent UK” as one of the up-and-coming British writers to watch! Now, after a year of working to pay down school debt and store up funds for a potential Masters degree, Josh has received the news: he has been accepted to the University of Oxford to study an MSC in Social Anthropology. This is a huge honor for him as well as an absolute dream come true!

Josh says, “As a writer, my goal is to tell the stories of people who rarely get their story told. Sometimes that will be non-fiction, sometimes it will be based on true stories. An MSC in Social Anthropology from Oxford will aid me greatly in this endeavor.”  Oxford, of course, is expensive. For a fuller explanation on how you can help this creative, young writer achieve his goals to impact the world,  please watch the video below and listen to Josh explain his situation in his own words!

Josh has put a limit for this GoFundMe account at £10,000 because if he makes that, all tuition and college costs will be completed and he’ll have some money left over for living expenses.  He’s also working hard over the summer to acquire some of that extra £5,000 and is looking at loans, but since he still has his undergrad to pay off he’d rather avoid that if possible!

At CultureHoney.com we rarely (if ever) have asked for your support monetarily, this is one of those times, we hope you will join us in supporting Josh with a gift of as much as your are able!