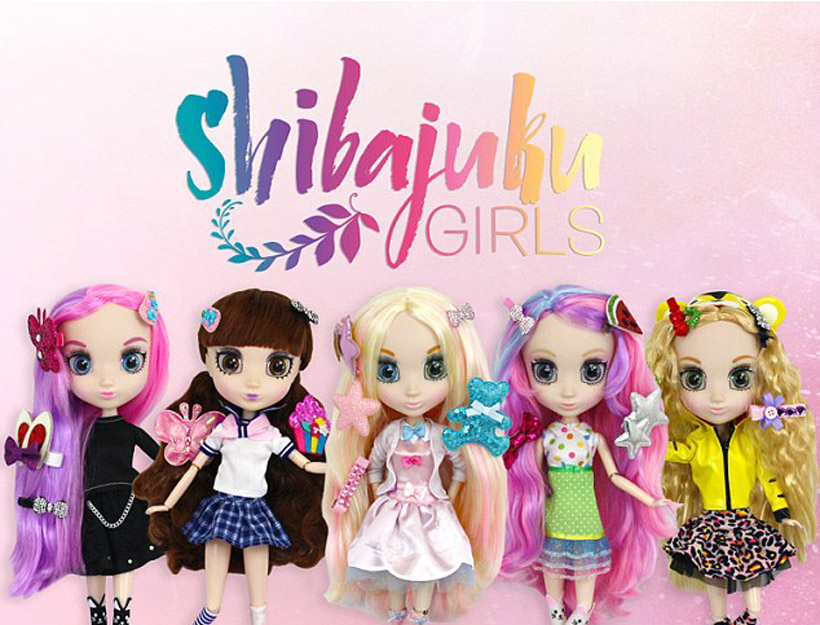 This December a new line of fashion dolls will be coming to ToysRUs stores in the States: Shibajuku Girls. Inspired by fashion trends on the streets of Shibuya and Harajuku in Japan, these kawaii creations were actually made by Madeleine Hunter of Hunter Products in Melbourne, Australia. After a successful run in their native Australia, Shibajuku Girls are now coming stateside and will retail for $29.99 each. There are five characters available now: Koe, Namika, Shizuka, Suki and Yoko. More will be released in the spring of 2017.

When creating Shibajuku Girls, Madeleine Huter wanted to come up with a doll that was unlike anything else on the market today. She did this by making these dolls bigger than ones normally found on store shelves. While Monster High and Barbie dolls stand about 10 and a half inches tall, Shibajuku Girls are 13 inches, providing a larger playmate for the child it’s given to. Shibajuku Girls also have glass eyes rather than the painted on eyes seen in most dolls today, giving them a more life-like appearance. They are articulated in the arms and have bendable legs, making them quite posable.

Another fun feature of Shibajuku girls is their outfits and accessories. Their vibrant, layered, mix-and-match fashions display each character’s unique personality. Every doll comes with four hair accessories, sized large enough that the owner of a Shibajuku Girl can switch barrettes between themselves and the doll. Thus you get to not only enjoy the bright, whimsical fashion of the dolls, but embrace it yourself!

I believe these dolls could end up being a big hit in the United States. Hunter Products is successfully providing something previously unavailable in the U.S. market. Japanese and Korean manufactured dolls such as Blythe and Pullip have  become quite popular among adult collectors in the States, but the price for these dolls ranges in the hundreds of dollars. These are collector’s pieces, meant for display and customization rather than play. These high-quality dolls are usually out of the reach of children due to their great cost.

Shibajuku Girls offer a more budget-friendly alternative. Since the suggested retail price is set at $29.99 a piece, there is the expectation that these are high quality toys, but they remain affordable enough for children to play with and be a bit more rough on. Adult collectors can buy Shibajuku Girls for their kids so they won’t touch their private collections, and those (like me) who love the Japanese aesthetic but can’t afford to regularly buy the popular brands will be able to get a similar doll that’s within our wallet’s reach.

Having a brand like Shibajuku Girls in the United States is also a great opportunity to spark interest in Japan and other cultures, especially for those who don’t have much experience outside of America. These dolls can open a world into the fashion and lifestyles of girls in another country. Most dolls sold on the shelves of Target and ToysRUs are either culturally American or some sort of fantasy character. It’s refreshing to see a doll line that will be fun and informative to its consumers, not in an academic sense, but rather in encouraging them to learn and explore other cultures and areas of the world. 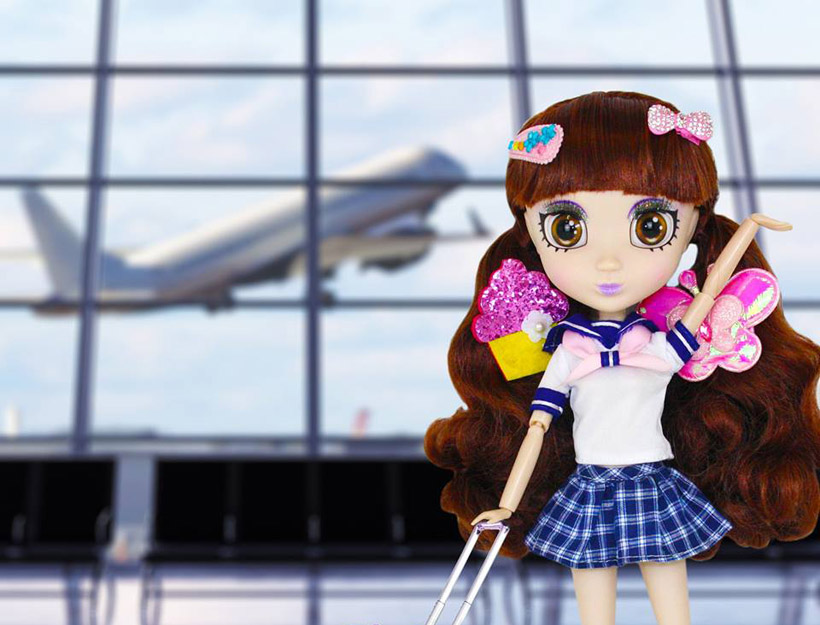 I hope that Shibajuku Girls sell well in the States. Such an affordable, Asian-influenced doll is the sort of thing I’ve been wanting to see for a while. The best way to encourage understanding and thoughtfulness between different cultures is to show people the wonders to be found in all parts of the world. A great place to start is with the toys we place in children’s hands. Keep your eyes out for Shibajuku Girls in your ToysRUs stores starting this December, and consider picking one up as a present for that special child or otaku in your life.
*