Spoiler Alert! This review of Ms. Marvel, the new MCU TV show on Disney Plus, is written from a position of unabashed praise. The show has made a Hulk-sized impact on me and it is impossible to discuss it without reflecting on my own family.

I, a White man of Cajun heritage, was lucky enough to marry into a Pakistani family. My wife was raised in the States, so our family straddles two cultures. When our son was born, we choose the name “Imran,” a distinctly Muslim name. He was born less than six months after 9/11, and this did make me pause for a moment. Did I really want to give him such a name at a time when uneducated animosity towards Islam was rampant? We chose to stick with this name, recognizing that the fabled “melting pot” metaphor works both ways. It’s not that immigrants come here and whitewash themselves, but instead they bring something to American culture, much like adding new spices to a dish. When Imran was an infant, we moved in with my mother-in-law and have been together ever since.

In 2014, Marvel Comics rebooted its Ms. Marvel series. In this new version, the title character was Kamala Khan, a Pakistani-American teenager from New Jersey. This was Marvel’s first comic with a Muslim title character, and she was Pakistani as well! We eagerly snapped up the first issues. When Disney later announced that Ms. Marvel would receive her own TV show, bilkull (absolutely) we were going to watch. We even insisted that Nano, as we call my mother-n-law, sit with us. In the past, she has avoided any kind of superhero show, leaving such fare to me and Imran.

From the opening scenes, our jaws hung open. We had never seen a family so much like ours on American TV. Everything is so intimately familiar; the mixture of cultures, the clothing, the Islamic artwork on the walls, and certainly the language. On the show, Kamala’s family speaks mostly English, mixed with Urdu. This blending of languages is routine in immigrant families, and is exactly the way we speak in our own home. Over decades of marriage, even I’ve added a great many Urdu words to my vocabulary. The inclusion of a few Arabic words in the dialogue is equally familiar; inshallah means “God willing,” while bismallah means “I begin in the name of God.” These words are common in our household and likewise on the show. Perhaps we had heard people speak like this on a Pakistani drama (available via a bootleg on YouTube) or maybe in a Bollywood movie, but on Disney Plus?

As if we weren’t shocked enough, the discussion of Partition in the first episode further amazed us. This term refers to the violent splitting of the Indian subcontinent that occurred when the British relinquished control in 1947. The massive upheaval triggered the displacement of millions. As a child, my mother-in-law left her home in Hyderabad, India for the newly formed Muslim nation of Pakistan. We have heard this story many times. In the show, when Kamala’s family told their own story of Partition, yeah, we were touched. Many Americans have never even heard the term “Partition,” and are now learning of it from a superhero TV show. HBO’s The Watchmen taught many Americans about the infamous Tulsa race massacre of 1921, so perhaps superhero shows are the new way to teach folks about traumatic events of the past.

Even the names of the characters resonate with us.  My wife’s now-deceased father was part of the sprawling Khan family, an extremely common name among Muslims in South Asia. So one could say that she is a Khan, just like the title character of the show. Additionally, Aisha is the name of Kamala’s great grandmother; our son’s great grandmother was also named Aisha. Then there’s also a physical resemblance between the actress playing Kamala Khan and my wife, a resemblance which others outside of our immediate family have noted. When Kamala wears a beat-up old Army jacket in one episode, my wife and I made eye contact. She had an almost identical jacket in high school.

As for the other parts of the show, I acknowledge that it’s fairly standard superhero material, aimed at a young adult audience. There are action scenes with plenty of computer-generated effects along with teenage angst. In this regard, Kamala’s story is reminiscent of Peter Parker’s struggles to manage his new superpowers and high school simultaneously. There’s a good sense of humor to the whole affair, and some excellent song choices, but for those viewers without any connection to Muslim or Pakistani culture, I can see how they might shrug their shoulders.

For others, however, this is powerful stuff. As a straight, White man, it is impossible for me to argue that I “never see myself on the screen.” But after living with my family for so long, I do see things a bit differently. When watching TV shows from decades ago, for example, the stereotypically White world they portray is painfully obvious. That kind of artificial, sanitized world wasn’t even an accurate portrayal at the time these old shows were made. All this is to say that I understand, at least a little bit, the importance of representation. American TV shows and films ought to celebrate the full tapestry of this country, and Ms. Marvel does just that. 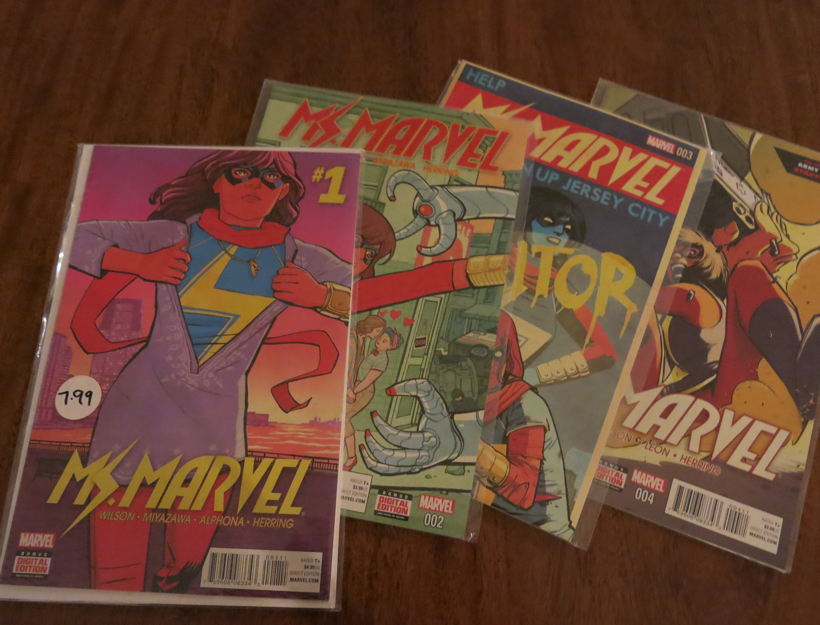 Series Review | Ms. Marvel and My Own Marvelous Family

The number of Muslim and South Asian names in the closing credits is further testament to how seriously the show takes issues of representation. Kamala Khan’s world is presented with love, honesty, and accuracy because so much of the behind the scenes talent comes from similar worlds. I understand that some die-hard fanboys have taken issue with Ms. Marvel, as the TV show has changed the explanation of her superpowers from the comic book. I will let those fanboys battle it out with each other on social media. For my Pakistani-American family, the show is zabardast (fantastic).
*

For a look into the comics origin of Kamala Khan as Ms. Marvel in the comics, click here!

P.S. Did you know Malala Yousafzai is a fan of the show too? So cool! 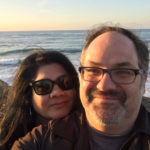 Noah Arceneaux is a professor of media studies at San Diego State University. In his professional life, he studies the history of media technologies, including radio and mobile phones. His most recent academic project is a study of French-language radio in southern Louisiana (aka Cajun Country). As a hobby, he also collects comic books, 45 records, and 8mm movies.