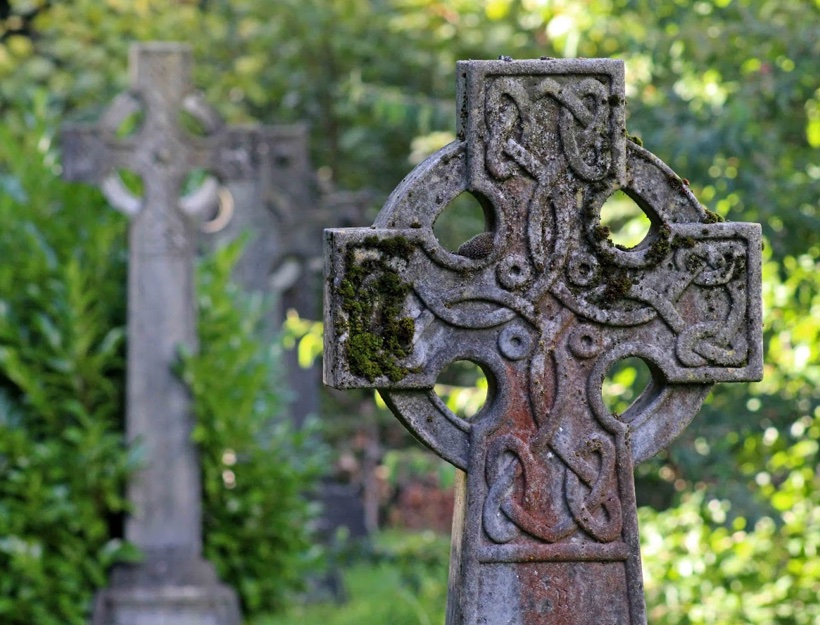 As early as the 9th or 10th century, the Irish observed March 17th as a religious holiday honoring Ireland’s patron saint who died on this date in 461 AD. By the 17th century, a tradition for observing Patrick’s saint day had been established that included attending mass in the morning followed by a meal of cabbage and Irish bacon, a welcomed break from the Lenten fast. A party followed the feast with lively music, dancing, storytelling, and plenty of spirits.

With the influx of scores of Irish immigrants during the 19th century, St. Patrick’s Day became widely celebrated across the United States. As in baseball, Boston and New York City are rivals for claiming the first St. Patrick’s Day celebration. However, it is likely that the first parade took place in New York when Irish soldiers serving in the British army honored their Irish roots by marching through New York City on March 17, 1762.

Today, Americans of Irish descent and non-Irish alike gather in homes, pubs and restaurants on March 17th to celebrate all things Irish by wearing green, drinking green beer, and feasting on Irish soda bread, corned beef and cabbage. In over 100 cities in the U.S., the St. Patrick’s Day Parade is the highlight of the day. Chicago tops the charts for whole-hog celebrating with two parades and by dyeing the Chicago River green.

Who was St. Patrick?

According to legend, St. Patrick was responsible for driving all the snakes out of Ireland and for using a three-leaf clover to explain the Holy Trinity. There have never been snakes in Ireland, nor is it likely that Patrick used a clover to illustrate theology. Moreover, the real Patrick was not Irish nor the first Christian missionary. Neither was he a canonized saint.

Is Saint Patrick a Bunch of Blarney?

Most historians agree that there was a real Patrick who lived from approximately 387 to 461 AD. Patricus was born into a noble Celtic family of practicing Christians who lived in northwest Britain. When he was nearly 16, the youth was captured by a band of Irish pirates and sold into slavery in Ireland. For six years, Patricus suffered isolation, hunger, and exposure while wandering the wilderness watching over his master’s sheep. In the midst of his desolations, Patrick cried out to God. In his Confessions, he tells us:

“…so that in a day I prayed up to a hundred times, and almost as many in the night.”

One night, God spoke to him in a dream telling him that a ship was ready to carry him to freedom. He walked 200 miles to the coast where he set sail to Gaul, modern day France, before eventually making his way home to his family. His homecoming was short-lived by another dream where he heard the voice of the Irish…

“O holy boy, we get you to come again and walk among us.”

Believing God was calling him to return to the land of his captivity, Patrick trained as a priest, was ordained a bishop and returned to Ireland in 432 AD. His first church was established in a barn in Saul in county Down and this is the place where he died nearly 30 years later. During that time, he traveled throughout central and Northern Ireland preaching the gospel and baptizing (by his own testimony) thousands of converts. He established numerous churches throughout the region as well as several convents for women. He also created a church governing center in Amagh.

The Importance of Saint Patrick

By the time Patrick commenced his mission in Ireland, a handful of Christian churches had already been established along Ireland’s southeast coast. The pope had also sent Bishop Palladius to convert the barbarians the year before. Yet it was Patrick’s presence and preaching springing from a deep well of passion for God nurtured on Irish soil and a genuine love for ‘his enemy’ that won the Irish to Christianity. The converts he baptized and churches he established laid an important foundation for a religious revival that would sweep through the island in the years to come. Patrick lit a spark that became a holy flame engulfing all of Ireland and later carried by Irish missionary monks throughout the world.

If you would like some more infomration on St Patrick and Irish history, I suggest reading Thomas Cahill’s How the Irish Saved Civilization or Esther De Waal’s The Celtic Way of Prayer.