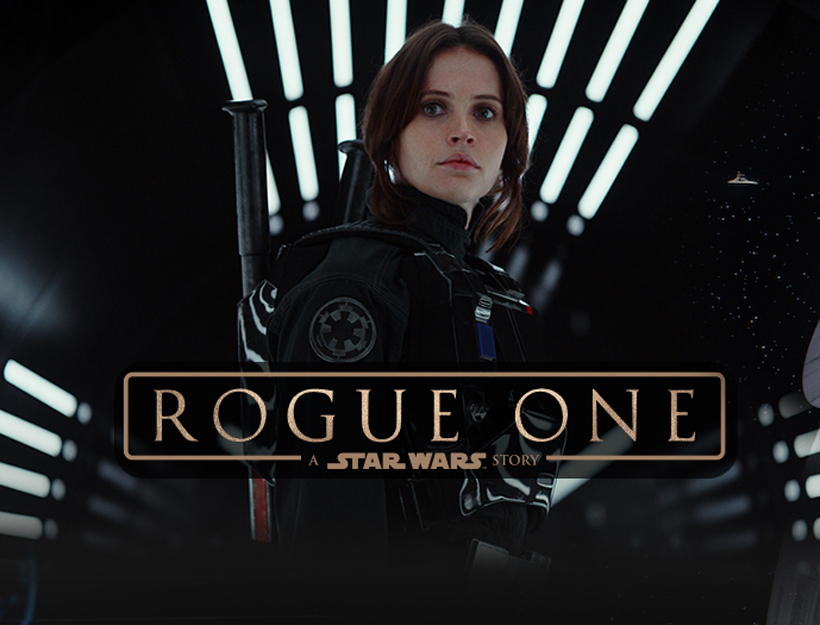 Star Wars is a series that simply must be watched on the big screen. The over the top, in-your-face action screams for a larger than life template to be displayed upon. The stories themselves, about the never-ending fight against darkness (both internal and external), also have an epic, legendary feel to them. Rogue One, however, is the first Star Wars movie to not be a numbered episode, the first tale outside of the Skywalker saga. This film stays close to home though, covering the events directly before A New Hope about the brave rebels who stole the Death Star plans.

“Rebellions are built on hope”. This line can be found several times within Rogue One. Its prevalence is in part due to the fact that this is the darkest time for the Rebel Alliance: the Death Star, a weapon of unspeakable mass destruction, is all but complete, and the rebel troops have nothing to even begin to counter it. All that is left to power the rebellion is hope: and the suicidal stubbornness of a ragtag team brought together within the last few days. 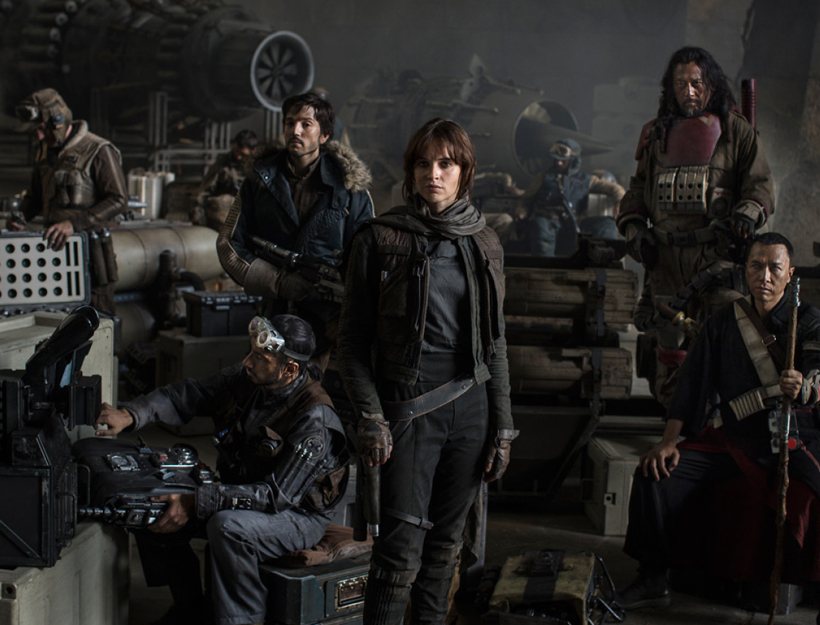 Though Rogue One may initially appear to be the story of a team, it really isn’t. All the members are brought together by chance circumstances, and work together not because they deeply care for each other, but because each is motivated by their own personal reasons to join the rebellion. Considering the short period of time the group spends together, limiting their emotional attachment to each other is a wise tactic. It avoids problems of forcing characters to act more emotionally connected than they would reasonably be, a glaring problem in the Suicide Squad movie released this year.

Ironically, in a group of dedicated rebels and freedom fighters, Jyn Erso (played by Felicity Jones) is the least motivated of them all. It makes sense, seeing as the fight between the Rebel Alliance and the Galactic Empire has caused her nothing but pain, but ultimately this leads to her mid-movie decision to go full throttle against the Empire to come across as a plot-driven rather than character-driven decision. Cassian Andor (Diego Luna), our main Rebel Alliance soldier, is an equally stoic character thanks to all the wet work he has done for the Alliance. After a lifetime as a soldier (he says he started when he was 6), his change of heart also feels contrived, leaving us with leads who you root for, but feel fall a little flat. 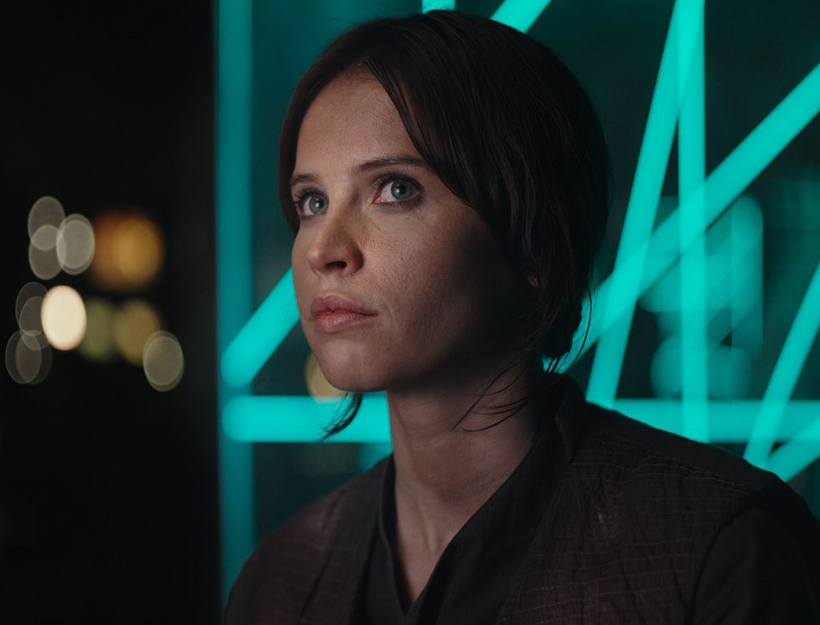 The real stars of the team are the supporting cast. K-2SO, a repurposed Empire droid, is as sassy as R2-D2, but in English (which is delightful), and a quite capable fighter. Chirrut Imwe (Donnie Yen) is a blind Jedi wannabe whose utter faith in the Force enables him to pull off some pretty badass attack combos. In a world without Jedi, Chirrut is the closest we get to a non-Sith Force user. Baze Malbus (Jiang Wen), a kickass gunner, has a great friendship going with Chirrut, a lifelong, blood brothers bond. Bodhi Rook (Riz Ahmed), a pilot for the Empire who recently defected, rounds out our team with his constant nervous sweating and stuttering which make him the sort of person you just want to hug and tell everything’s going to be alright. 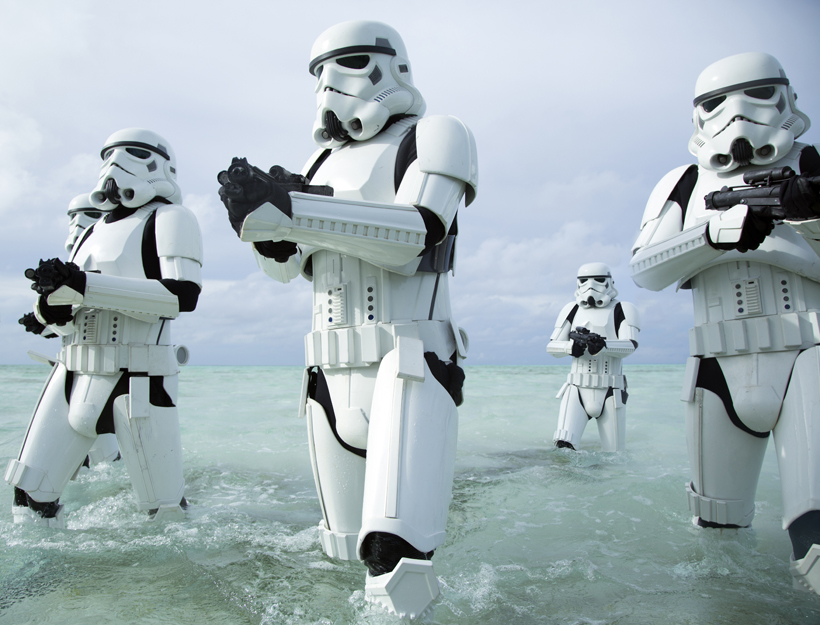 One of Rogue One‘s greatest weaknesses is its pacing. Their is a great deal of setup and background information that has to be established before the main team is formed. Because of this, even a half hour in I still did not feel gripped by the story. The importance of establishing Galen Erso’s (Mads Mikkelsen) motives in leading the construction of the Death Star are crucial and cast Episode IV’s ending in a whole new light. However, the journey toward Galen’s daughter Jyn rising up to strike at the Rebellion was simple and predictable, so the hour or so spent tracking that storyline feels like it drags at times.

That being said, the last 45 minutes of the movie are fantastic. This is the fight everyone knew was coming, the impossible suicide mission which everything else has led to. As Rogue One, the stolen Rebel spaceship, lands on the planet Scarif, it seems impossible that the twenty or so rebels can pull off this mission: not to win, not even to survive, but simply to distract the soliders on the base long enough to steal the Death Star data. The entire fight has you on your toes, cheering on the rebel soldiers, wondering desperately how they will succeed as each new problem surfaces. 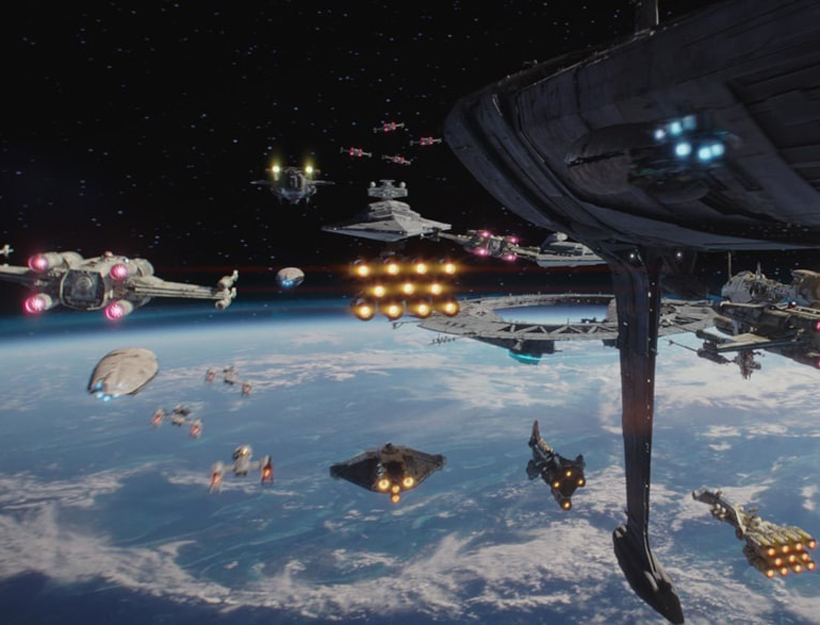 As more forces, both enemy and friendly, arrive, the fight culminates in two locations: on land and in space. It truly is everything you could hope for in a Star Wars fight: X-Wings and T-Fighters whizzing through the air, the monolithic battleships of either side raining hell on one another while AT AT Walkers blast craters on the planet’s surface, aiming at rebels who have nothing but the tactics of guerrilla warfare to aid them.

In the end, the battle is won (history tells us it must be), but the cost is staggering. As we see what became of all of those brave rebels, we are filled with a sort of solemn peace. War is a tragedy, but there are some things that must be fought for in order that life remain worth living. The soldiers on Rogue One kept hope alive for the galaxy, enabling the fight against evil to continue until A New Hope should arise. 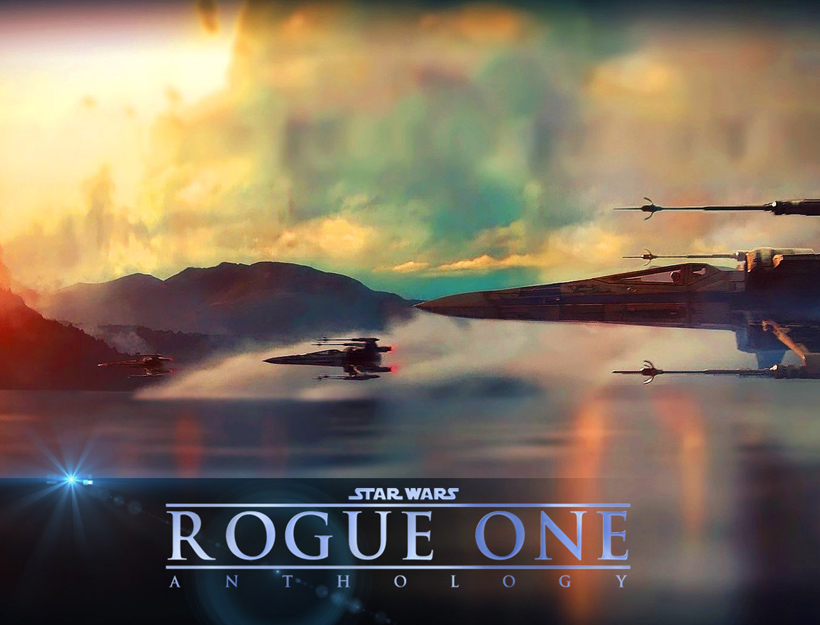 While the plot and pacing of Rogue One weren’t always what I wanted them to be, in the end we are left with a solid film that is a great addition to the Star Wars cinematic universe. It is unlikely that we will see these characters in film ever again, but there’s enough flavor and pluck amongst the crew to leave a lasting impression in our hearts. From the quotable lines to the haunting music and epic battles, Rogue One is a true Star Wars film, echoing the old while bringing new dimensions of its own. The fact that this is not an episode in the Star Wars saga, but rather its own individual story, opens up endless possibilities for future Star Wars films all over this galaxy far, far away… and I can’t wait to see them.
*