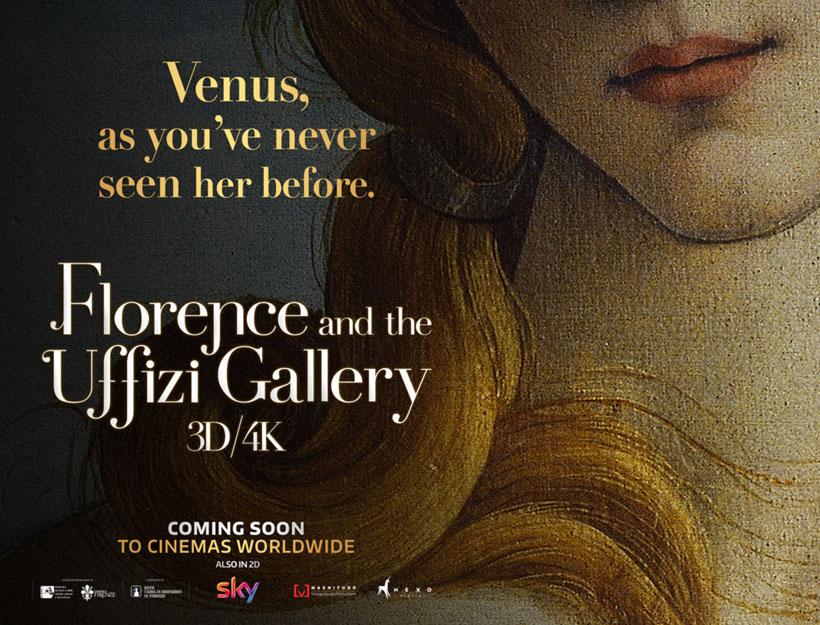 This next week on Monday night at 7:30pm and Tuesday at 1pm, there is to be a special showing of a new film, “Florence and the Uffizi Gallery”. The film is directed by Luca Viotto and runs 90 mins.  Here is the link to buy tickets and watch the trailer!

Do these names bring you shiver of artistic excitement?

All these wonderful Renaissance (and beyond) artists are the subject of the film, as well as the famous museum itself! The film is narrated by Simon Merrells (Spartacus), playing Lorenzo the Magnificent!

The film also interweaves authoritative contributions from the international expert on Renaissance art, Arturo Galansino, curator of the Royal Academy in London, and the man who was newly appointed director of the Strozzi Foundation in Florence. Also featured is Antonio Natali, director of the Uffizi, who will welcome viewers inside the gallery and detail key works!

For those in the Pasadena area who have traveled to Florence, or for those who have yet to travel to Italy, this film sounds like a wonderful, not-to-miss treat!
*