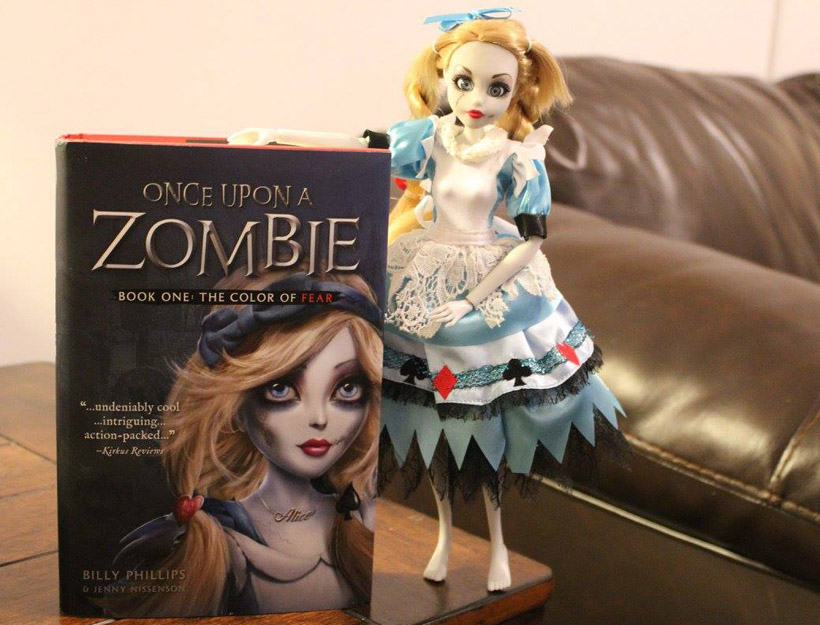 The Color of Fear is a book that I have been meaning to read for quite some time. I had heard nothing but good things about it, as the book received awards from Kirkus Reviews, the Beverly Hills International Book Awards and the National Indie Excellence Awards. Writing a book series was a good route to go for the brand, as it appeals to adult and child collectors alike. The illustration of the book is stunning in its detail, with Zombie Alice’s stitches even being raised on the cover so you can feel them with your fingertips! Needless to say, I was pumped to read this book and learn the backstories of the beautiful zombie princesses.

Just a quick note to start off: Zombie Alice doesn’t appear until the last three pages of the book. Considering she appears to be the star on the cover I was a bit bummed to see so little of her, but the other princesses more than make up for her absence in this first book of the series.

The Color of Fear starts out with a series of mysterious events: zombie sightings in graveyards around the world with nothing left behind at each locale but a small piles of garbanzo beans. Weird, right? This intro sets us up well for the quirky, playful tone of the rest of the book. Since this series is all about zombified fairy tale characters, nothing goes quite as expected. Our beloved fairy tale princesses have all been reinterpreted in impressive and endearing ways. We have Rapunzel, the fearless leader of the group, Cinderella, the butt kicking princess who constantly eats spicy food to hold back her zombie cravings, Snow White, whose knowledge of nature and kind heart are indispensable to the group, and finally Sleeping Beauty, whose constant naps are sometimes a hazard to the group, but also extremely valuable as she sees the future in her dreams. All four are adorable, delightful characters who are impressive enough to be role models and funny enough that you wish they could be your friends in the real world. 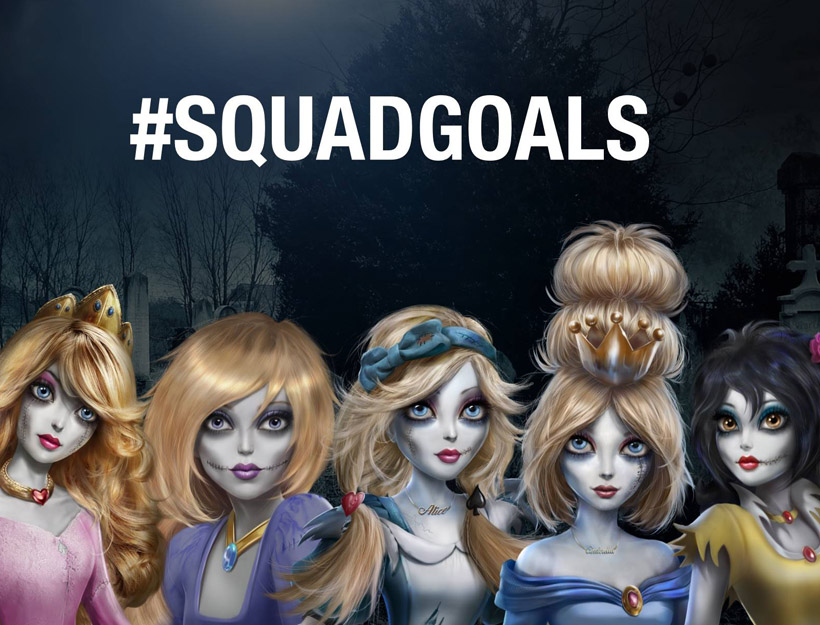 Our hero is also unlike any I’ve seen before. 14 year old Caitlin Rose Fletcher is not some brave maverick daring the depths of the unknown. Instead, she is a teenager overwhelmed by her frequent panic attacks. While I’ve seen reluctant heroes before, I’d never read of someone so debilitated by her fear. It is a further surprise that Caitlin’s fear is actually key to the success of her mission. This is because in the zombified fantasy realm which Caitlin enters, those with courage are sought out and destroyed. The chosen one must stay petrified from fear to fall under the radar of the minions of darkness.

This series provides an interesting mix of fantasy and science in explaining the zombification of the fairy tale realms. In short, it all boils down to the color spectrum: the rainbow. The green spectrum which contains the will has been lost, and the red spectrum of fear has overtaken the fairy tale lands. As people grow overwhelmed with their fears, they become Blood Eyed zombies, completely subject to their bloodlust. Only the Zombie princesses remain unsullied on the inside thanks to their royal blood. Their inner goodness shines forth and lends a beauty to even their zombified forms and tattered gowns. 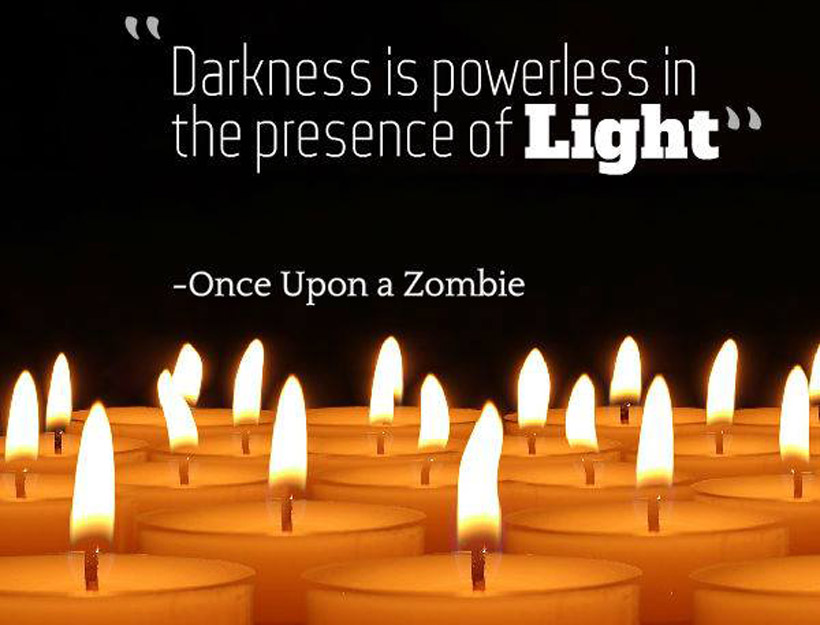 Throughout the story there are several uplifting, powerful messages. We see that true beauty isn’t skin deep, but rather comes from the goodness of our hearts and our drive to fight the evil we see around us. We learn that fear is most overwhelming when we can only think of our own problems, and that the best way to get away from our own issues is to focus on helping others. There’s a heartwarming sisterly bond between Caitlin and her brainiac younger sister Natalie (who goes through most of the book dressed as a red chili pepper), and an absolutely adorable romance between Caitlin and a new boy at school named Jack. You can see the main ending of the book coming from a mile away, but there were two pretty awesome twists at the end that I was blown away by. Looking back at the story though all the information was there, which made those surprises even more awesome.

I would recommend this book to anyone who enjoys fantasy, zombies, princesses and laughs. I believe that The Color of Fear provides a strong base for a series that will only grow better with time. This is a story you can enjoy on your own or read to kids in segments as a bedtime story. While zombies might seem like inappropriate fair for nighttime reading, this definitely is more of a silly series than a frightening one. I personally can’t wait until the next book comes out and continues Caitlin’s topsy turvy adventures. It should be a blast!
* 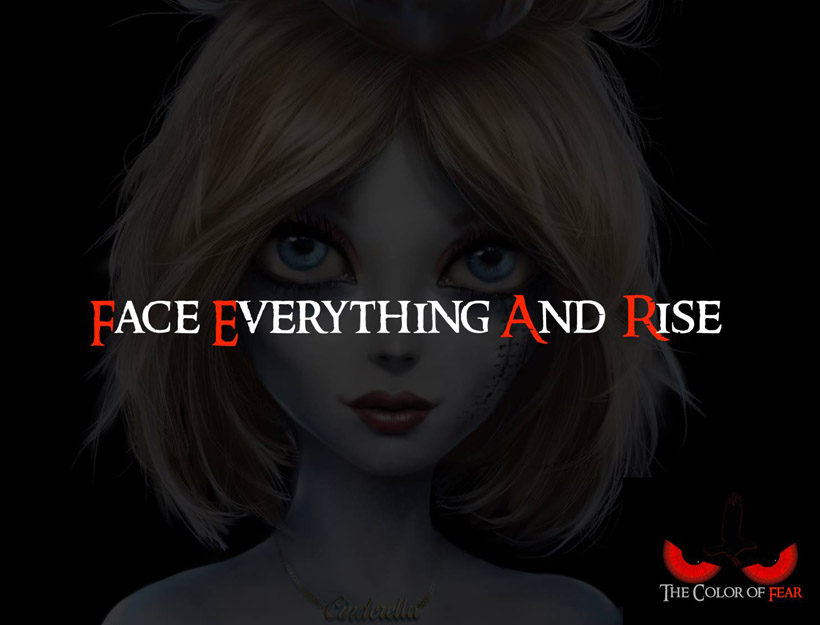 You can order the book on Amazon.com or through the Once Upon a Zombie website. You can also buy dolls of the main characters there.

To read a review of the enchanting Once Upon a Zombie dolls, click here.