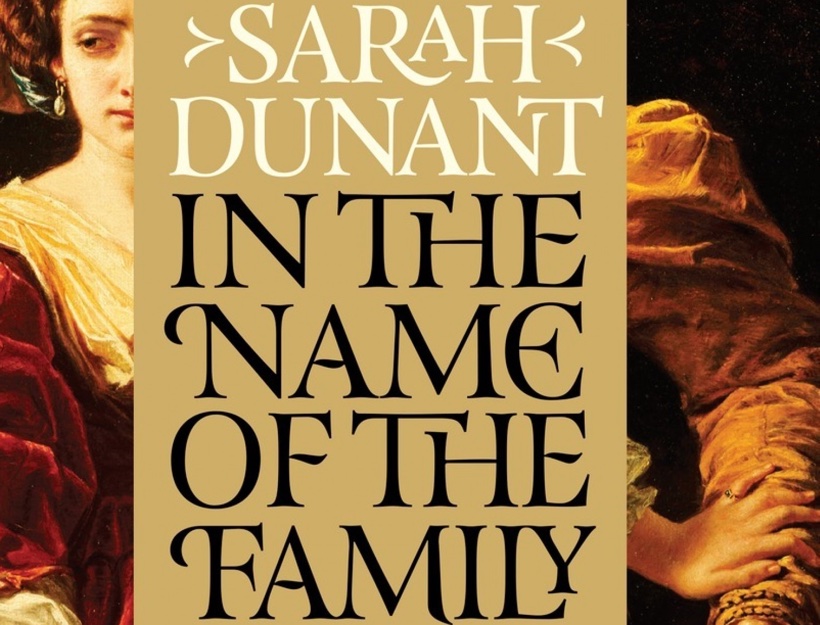 In the Name of the Family

Possessed by a passion for the Renaissance, I have become an ardent follower of author Sarah Dunant. This author has produced five works of historical fiction, each focusing upon a particular role available to women within the society of Renaissance Italy. Since devouring Blood and Beauty, a novel about the the Borgia family, I have been eagerly awaiting the promised sequel. As with her previous Italian novels, In the Name of the Family does not disappoint.

This novel ushers us back in time to 1502, the final episode of the papacy of Alexander VI. The drama focuses upon the lives of the three most infamous of the Borgia clan. Pope Alexander VI is an ambitious and aging father. His son, Cesare, is commander of the papal army, bent on conquering all of Italy. The heroine is the Pope’s beloved daughter, Lucrezia. The fourth character is Nicolai Machiavelli, a Florentine diplomat sent to shadow Cesare on his military campaigns. Machiavelli would later use what he witnessed of the character and tactics of the young commander to craft a handbook for princes entitled The Prince.

The novel opens with Lucrezia Borgia progressing from Rome to Ferrara with a large retinue. Once again she is exploited as a political pawn to further the power of La Familia. This twenty-two year-old anticipates her third marriage to a husband that she has never met. The author uses Lucrezia’s long journey to fill us in on the details of her past life in Rome as well as the seemingly insurmountable problem she currently faces. Due to vicious rumor, Lucrezia has been accused of having incestuous relations with her father and brother as well as being a murderess. The author provides a window into the true character of this woman by revealing how she faces the challenge of ingratiating herself into the court of the noble d’Este family with such a blot to her name.

There are three literary elements that make this book noteworthy. Dunant is an expert storyteller. She provides a riveting chronological telling of the momentous events in the lives of the Borgias by interweaving vignettes of the Pope’s activities in Rome, Cesare’s intrigue on the battlefield and the challenges Lucrezia encounters in Ferrara.
This author also has a gift for bringing her characters to life. She achieves this by limiting the number of characters, portraying family dynamics, and showing the ways in which these people respond to life events. By recording Lucrezia’s reactions to the events, hardships and key relationships in her life, the author demonstrates a woman of strength, deep feeling, and many other admirable qualities. She is shown to be a devoted daughter and mother: gentle, kind, intelligent, well educated, politically savvy, and a lover of poetry, music and dance. In an interview, Dunant stated that, “I wanted to set the record straight most especially with regards to the character of Lucrezia who over the centuries… has become a symbol of the villainous vamp…” I also think that the addition of Machiavelli to the cast was a brilliant device in revealing Cesare and reporting on the political climate as a backdrop. Machiavelli was an eyewitness to many of the events recorded in this novel and had a ringside seat to the secretive life and activity of Il Valentino, as Cesare was called.
Finally, this novel is rich in historical detail. Sarah Dunant is not only an accomplished writer, but a historian as well. She devotes at least a year of in-depth research for each of her novels. “In the Name of the Family sets out to tell the truth,” states the author. Her painstaking research has enabled her to achieve this goal.

I heartily recommend Sarah Dunant’s latest novel, In the Name of the Family, as well as her earlier works, The Birth of Venus, In the Company of the Courtesan, Sacred Hearts, and Blood and Beauty: The Borgias to all lovers of a good story and especially to anyone who might be traveling in Italy.
*