Parasite took the world by storm when it came out, winning several Academy Awards and becoming the first non-English-language film in history to win the 2020 Oscar for Best Picture in the award’s 92-year history. A year has passed since then. This year Chloe Zhao won the Oscar for Best Director, becoming the first woman of Asian descent and the second woman ever to win that category.

Now that we are well past Parasite’s initial hype, we decided to take a look at see if we think the movie is really as good as everyone says it is. Is it an instant classic or will it fade into obscurity with time, only remembered for the prizes it won upon release?

After watching the film myself, I can say with confidence that Parasite certainly deserves all the praise it has received. While some award-winning movies simply come across as Oscar bait, pretentious and clearly trying to hard, Parasite is a story that is simultaneously timeless and especially relevant to the modern age. It is a story in which there are no true heroes or villains. The question of who exactly the parasite is only becomes more twisted with time. By the end there can be only one answer: humanity. 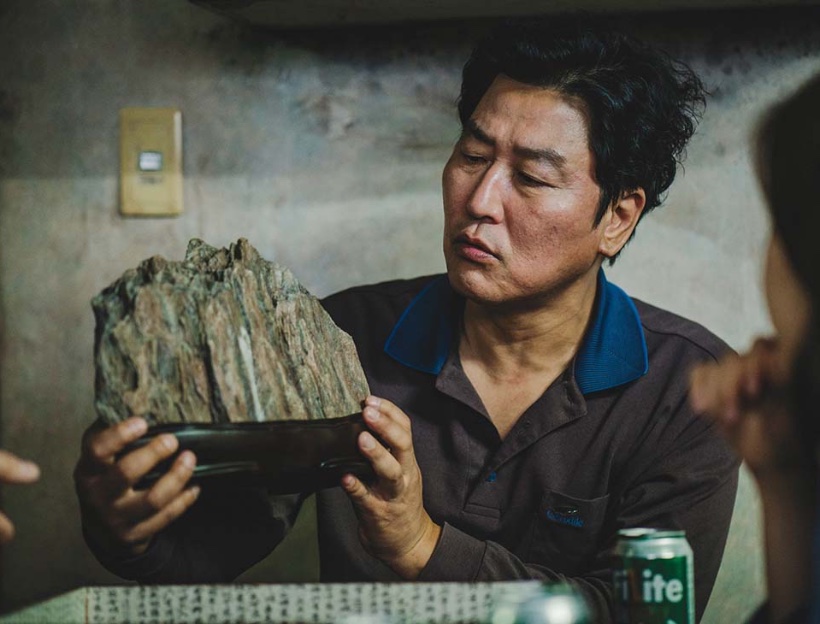 It would be easy for such a message to come across hollow and pompous. “Oh no, man is the true monster,” we state in mock horror, rolling our eyes. It’s a message we’ve heard time and time again. But Parasite is able to display the truth of its message in such a genuine and heartfelt way that you find yourself drawn into the story rather than feeling as if you were listening to some sort of moralistic lecture. The sad truth is that there is no easy answer to the problems presented in Parasite: class discrimination, prejudice, greed. What starts as a dark comedy quickly devolves into drama and tragedy as the story unfolds.

To provide a quick synopsis, the story centers upon the lives of the Kim and Park families. The Kims, who live in a semi-basement apartment barely above the poverty line work odd jobs that do little more than keep starvation at bay. When a job opportunity presents itself at the home of the wealthy Parks, the Kim’s son Ki-woo is able to bluff his way into the position and everything else in the plot progresses from that point. What could have easily become a simple tale of rich vs. poor is expertly written and directed to reveal so much more. The Parks are not evil because they are rich, neither are the Kims angels because they are poor. As the interactions between both families move from comedy to drama to intrigue, the audience finds themselves torn. Neither family deserves to suffer, but it seems that the world that they live in and the social structures that have formed around them prevent either party from being able to truly reconcile and cooperate. 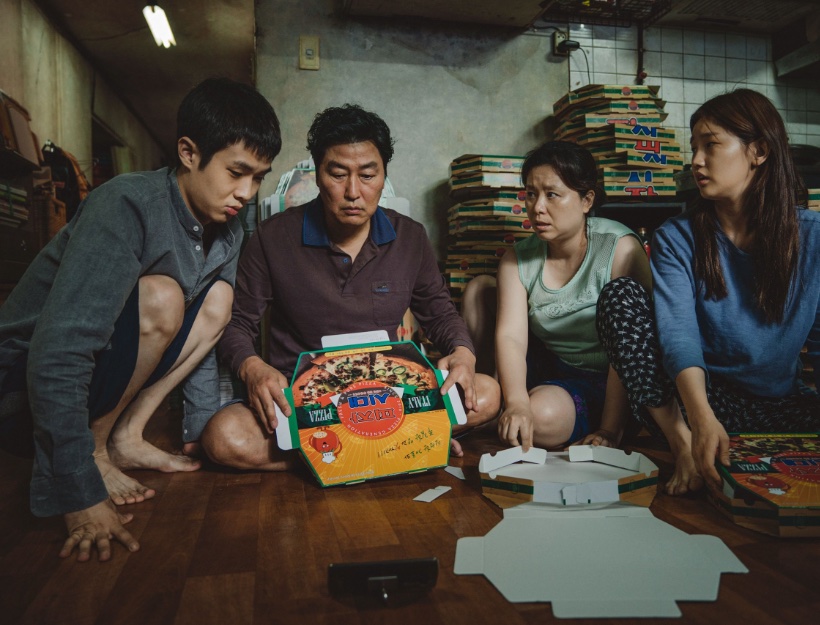 Can I have your attention please

Parasite is a film that will capture your attention from start to finish. The cinematography is gorgeous, highlighting key moments within the plot so that the depth of what the characters feel can truly be appreciated by viewers. Whether the characters are in the midst of doing something laudable, sleazy or even utterly heinous, the film does such an excellent job building up its cast and their motivations that you can understand why they are acting that way. Their behavior is not excused, but rather understood. Seeing how things play out, even at their wildest, it is still possible to put yourself in each and every character’s shoes and see how you might find yourself in the same situation.

The empathy the audience feels towards the families is exactly what these two families lack in their interactions with each other. There is no attempt by the Parks to sympathize or even imagine what the lives and concerns of their hired help might be. In a similar vein, the Kims never seem to see their employers as fellow human beings, at least, not to an extent that would prevent them from meddling in their lives and taking advantage wherever possible. To the Kims, the Parks are simply a wealthy resource to be exploited just as to the Parks the Kims are only the labor, commodities to be used to their own benefit. This is what makes both sides parasitic: rich or poor, they all use each other for their own personal gain.

In years to come, I fully believe that Parasite will solidify its position as a classic and will appear on countless lists of greatest films of all time. You’ll find yourself at a friend’s house, searching for something to watch together, and your friend will look at you in disbelief if they find out you’ve never watched Parasite. You’ll turn it on, watch it together, and the film will stick with you. It will make you wonder what your own place is in life and the ways that you too have fallen victim or taken part in social and personal injustices. It will make you want to be a better person, even if there aren’t any easy answers on how that’s done. It will make you want to try your best. At the end of the day, that’s exactly what a story should do.*