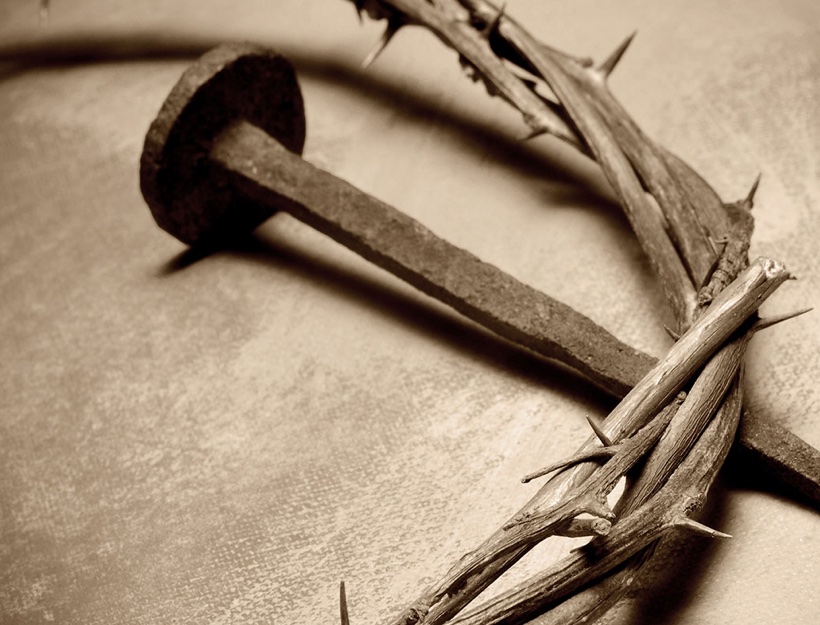 While long winter nights ease into light-filled days and green shoots poke through crusty snow, the Lenten fast draws toward its final week known as Holy Week and its glorious culmination at Easter.

Easter for Christians is the celebration of the resurrection of Jesus, three days following his death on a Roman cross. This resurrection from the dead forms the foundation for Christian faith – that this Jesus was the Christ, the holy one, sent from God to redeem humankind and bring humans into deep relationship with their Creator. During Holy Week, followers of Jesus are invited to go back in time to the 1st century to participate with Christ and his disciples in that climactic last week of his life on earth.

Holy Week begins on the 6th Sunday of Lent, known as Palm Sunday or Passion Sunday. As the names suggest, this Sunday holds a dual purpose. It commemorates the moment when Jesus rode into Jerusalem on a donkey as the long-expected king. The Gospels tell us that crowds welcomed him by waving palm branches and shouting ‘Hosanna!’ On Palm Sunday, many churches reenact this event through a procession around the church where congregants wave palm branches and sing before the service begins.

Once inside, the drama of the passion narrative is read from one of the four Gospels to set the tone for the week to follow. This is a time to ponder the sobering reality of Christ’s suffering and death on behalf of sinners, of all the sin of humankind.

Some Catholic, Episcopal, and Lutheran churches hold services every evening during Holy Week. Each service focuses on a key event leading to Christ’s passion. However, the most dramatic and theologically packed events of Christ’s journey to martyrdom occurred at the end of the week. Churches throughout the world hold services on these significant last days, Thursday through Sunday.

Holy Thursday, or Maunday Thursday, celebrates Christ’s institution of the Eucharist or Communion at the Last Supper. A Jewish seder meal, similar to the meal Christ ate with his disciples, sometimes precedes this service. Following Christ’s example of washing the feet of his disciples, a priest or minister may wash the feet of members of his congregation. Serving Communion accompanies this service as well.

The historical record indicates that Christ was arrested by Roman soldiers after the Last Supper and was subsequently abandoned by his apostles who fled in terror. After the service, some churches perform the ’Stripping of the Altar’ where the linens and utensils used for Communion are removed, symbolizing Christ’s abandonment after his arrest.

Good Friday is the beginning of what is known as the Paschal Triduum, the three-day drama of Jesus’ death, burial in the tomb and resurrection. The term “Good Friday” may have evolved from “God’s Friday”. It is the holiday on which Christians commemorate his death on the cross, observed by fasting, prayer, reflection, and contrition for sin. Church services are often held at noon and last until 3 PM, representing the period of time of Christ’s agony on the cross. A common theme of this service is reflecting on the last words of Christ as recorded in Scripture.

The Stations of the Cross is another service offered by churches during Holy Week and on Good Friday. A group is led on a devotional pilgrimage around the church to 14 stations, each of which represents an event on Christ’s journey to Calvary. Confessing one’s sin to a priest is also a common practice at this time.

Some churches erect a model of the tomb where Christ’s body was laid before sunset on Friday. The church may be left open throughout the night and all day Saturday where congregants may come to pray at the tomb.

Holy Saturday is usually spent as a day of quiet reflection as well as a time to prepare for the Easter feast.

Since Christ rose from the dead sometime before dawn on Sunday morning, Catholic, Episcopal, and Orthodox churches begin the celebration of the resurrection at nightfall on Saturday evening with the Great Easter Vigil. This is the most dramatic service of the church year.

People silently file into the darkened sanctuary and wait… a hiss of the match and crackle of fire pierce the darkness as a small bonfire is set ablaze. The priest declares:

“On this most holy night, in which our Lord Jesus passed over from death to life, the Church invites her members, dispersed throughout the world, to gather in vigil and prayer. For this is the Passover of the Lord, in which by hearing His Word and celebrating his Sacraments, we share in his victory over death.”

At this point, the towering Paschal Candle is lit from the bonfire, representing Christ’s resurrection and presence in the midst of His people. The priest declares,

“The Light of Christ!”

The people respond, “Thanks be to God!” From the Paschal Candle, individual candles distributed among the congregants are lit one by one until the sanctuary is full of light.

The service proceeds with the reading of Bible passages that record major events in God’s redemption work throughout human history leading up to Christ’s birth. Next, Candidates are presented for baptism and baptismal vows are renewed.

The dramatic moment that all have waited for comes at last when the priest declares,

The congregation enthusiastically shouts, “The Lord is risen indeed! Alleluia!” Bells come out of hiding and are rung with great gusto while Alleluias erupt from the crowd. This is followed by communion and an official fast-breaking reception of all manner of decadent delights.