What is it about Lewis Carroll’s Alice’s Adventures in Wonderland that has made it so endearing to fans throughout the decades since first being published in 1865 in England to great popularity? Is it the imaginative characters? The twist and turn of the fantastical story line? Perhaps the pull to wonder if there are symbolic, deep layers or historic meaning in the symbolism of the tale? Or is it simply the charm of a highly creative and innocent children’s story? 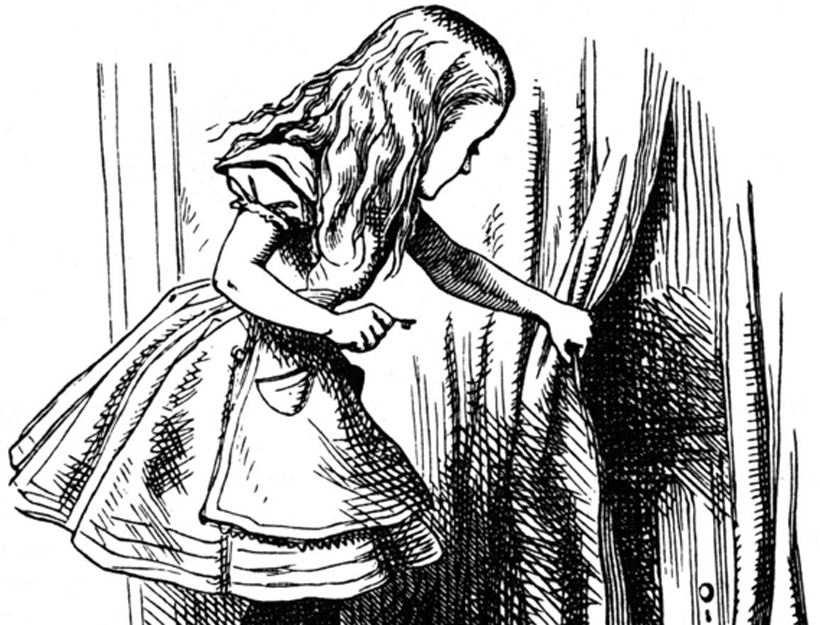 There have been many Alice references in art, literature, and film since the novel first published, but my personal story intersects with Alice in about 1980, in the form of a song.

In 1967, in the midst of the psychedelic and reportedly drug-fueled “Flower Power” movement, a San Francisco band called Jefferson Airplane recorded “White Rabbit”, a song based on Alice in Wonderland that shot to #8 on the Billboard Hot 100 charts.  Was the band’s song about a strange acid trip? Read the lyrics – maybe it’s more about the mushrooms. Take a time-travel trip with the video below and check it out:

Wait, is that the beginning of a smile on Grace Slick’s mouth?  Something about it brings up a wisp of a memory of da Vinci’s Mona Lisa in the Louvre, but you decide!  Sometimes in pop culture as in life, there are more questions than answers : )

As a young high school girl in 1980, I was super fascinated with everything from the 1960’s. Maybe it was because my dad is a musician and my mom is an artist, but I used to think I should have been 20 in 1967 instead of just entering my “terrible twos” : )  The music was my favorite thing, and then the fashion (pairing skinny Levis with colorful blouses from India and American Indian moccasin boots was my go-to ensemble) – I loved the whole “hippie” aesthetic. My mom called it “counter culture”, I called it “COSMIC” : ) In addition to the burgeoning Los Angeles punk scene, which brought in my new favorite local band, “X“, Jefferson Airplane was my total favorite! My favorite album (yes, vinyl!) was a well-loved, pink-covered, “Surrealistic Pillow”. I have often thought about how both bands have a driving rock sound with both male & female lead singers – but I digress. 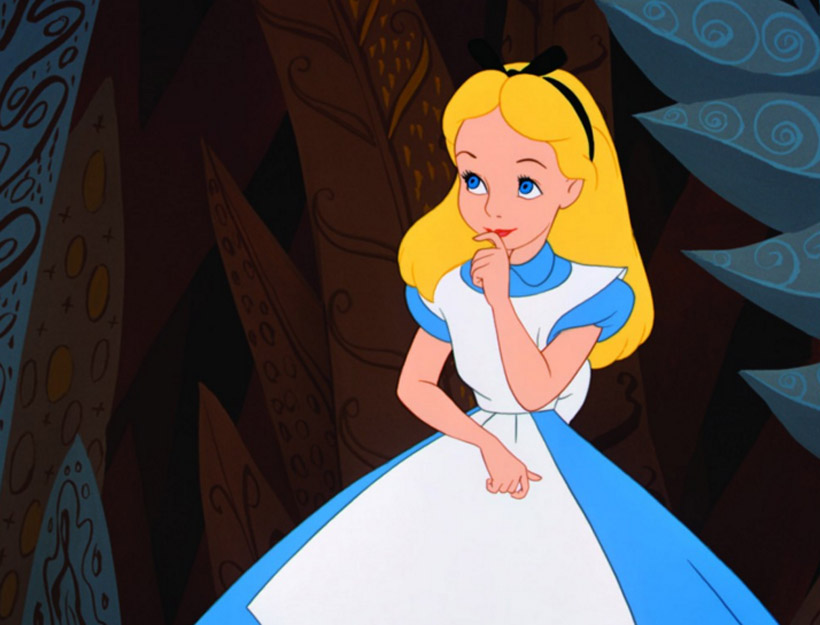 In 1951 Walt Disney put out an animated version of Alice in Wonderland.  This classic film was initially panned, but according to the Wiki entry, “the movie proved to be ahead of its time and has since been regarded as one of Disney’s greatest animated classics, notably one of the biggest cult classics in the animation medium, as well as one of the best film adaptations of Alice.” There is also the “Teacups” ride, as well as the Alice in Wonderland ride featured at Disneyland in Anaheim, CA that uses the images from this period’s Alice film.

There are tons of other Alice references in so many different mediums – but we are quickly running out of time! So, let’s fast forward to 2010 and to Disney again – ever mining the same stories over and over – but that’s yet again another article, when the super creative director Tim Burton came up to the plate, delivering a modern live-action version of the story. With an all-star cast including Mia Wasikowska, Johnny Depp, Helena Bonham Carter and Anne Hathaway, Alice in Wonderland grossed over $334,185,206, according to IMDB.

The latest foyer into Disney’s Alice “land” is  Alice Through the Looking Glass, the second part to 2010’s Alice in Wonderland. The new trailer is pretty eye-popping. Oh, and here’s that song again – only this time it’s Pink singing:

I think I’ll end these thoughts with a quote from Alice herself, “Curiouser and curiouser!”

Oh, and one more thing! Be sure and catch Culture Honey’s review of Alice Through the Looking Glass by Laura Aasland!
*