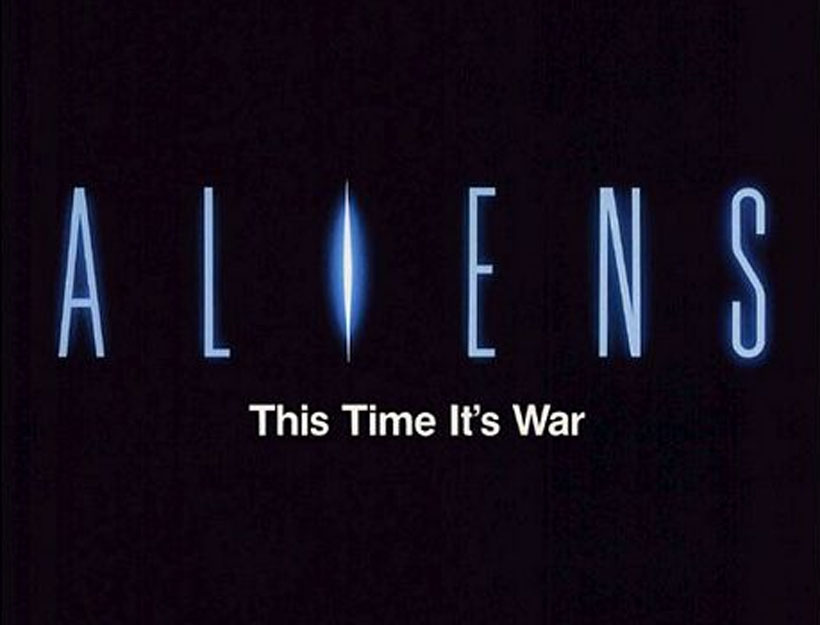 What makes a movie great? Is it a strong lead that grows over time and learns to face her fears in spite of overwhelming odds? Is it high-octane action sequences that keep you on the edge of your seat? Or is it a parasitic organism that bursts from a helpless victim’s chest? I say: “Why not all of these things?”

Unlike my reviews, Cinema Classics is an attempt to encourage my readers to expand their cinema library by analyzing older films and what makes them great. In this inaugural edition, I have chosen  Aliens because of its wide range of appeal, and because so much of today’s movie and video game culture is inspired by this timeless classic.

WARNING: This movie is rated R for violence and language, but this analysis will be squeaky clean. Also, in regards to spoilers, I will try to minimize them, but they are inevitable.

SUGGESTION: You may also want to watch the prequel by Ridley Scott: Alien, which is equally great in its own ways. However, this isn’t necessary, as Aliens does an excellent job of explaining what happened in the first film.

Ellen Ripley, the sole survivor of the Nostromo, is awakened from cryo-sleep by a salvage team 57 years after the events of the first film. Still experiencing nightmares about her encounter with an alien, Ripley is forced to tell her story to a board of “Company” executives. Nobody believes her because the planet where she encountered the alien, LV-426, is currently being colonized by hundreds of people. Ripley loses her piloting license and is forced to undergo psychiatric care. Soon after however, all contact with the colony is lost. Fearing the worst, the “Company” asks Ripley to return to LV-426 with a group of space marines to investigate the disappearances. 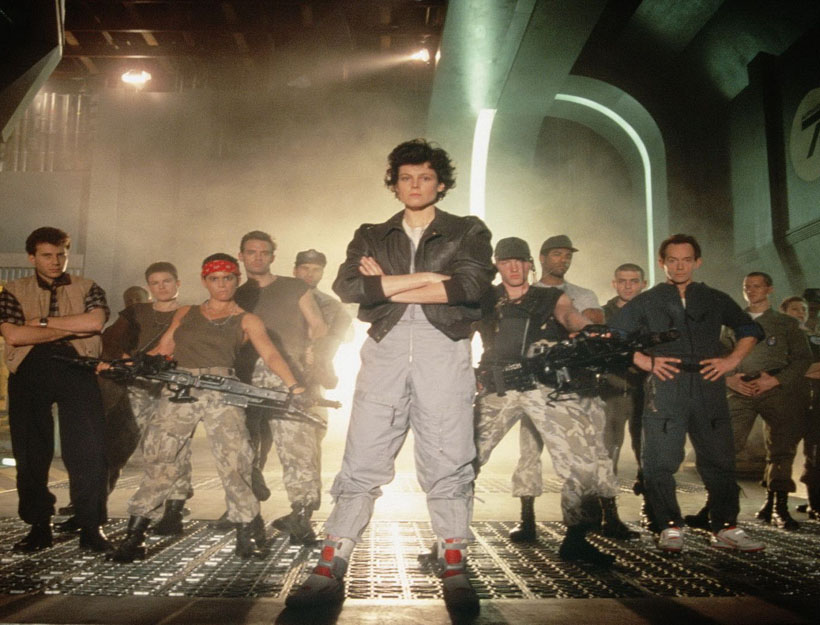 Aliens is a well-rounded masterpiece, featuring strong direction, an incredible female lead and awesome action scenes. While Alien seamlessly fused the genres of science-fiction and horror, this movie takes a different approach. The director, James Cameron, elected to tone down the horror aspect in favor of more action. The end result is a movie that has both quality storytelling and excellent pacing. He also brings the very best performance out of his lead, Sigourney Weaver, who is a standout character in this story. She expertly portrays a woman who is initially haunted by her fear, but chooses to stand up to it. By the end of the film, she becomes once heck of an action star by outlasting most of the marines and killing a bunch of aliens along the way. 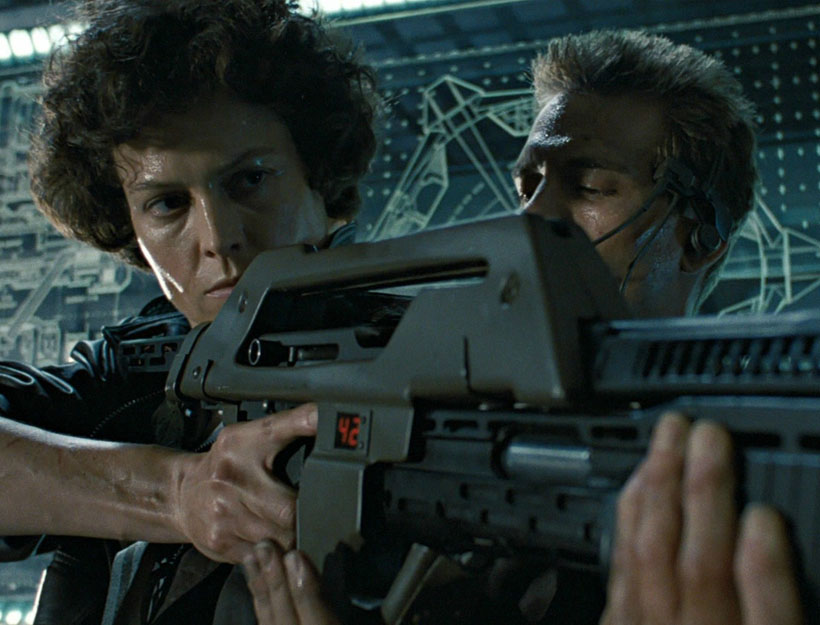 Most of today’s female action stars owe their success to Sigourney Weaver. She was one of the first women to show that action films don’t have to be dominated by men. More importantly, she proved that a woman doesn’t have to be almost naked to be of value in an action sequence. Don’t sell the men short, however. Though many of them end up being fodder, the marines are still very entertaining. The guns, the armor and the witty banter all create a “space marine” character type that is frequently copied in contemporary culture. Speaking of which, the special effects in Aliens are top notch for its era. The use of sets and practical effects help this movie stand the test of time (mostly). Sets built by hand and alien puppets create a visual experience that simply can’t be captured by CGI.  Overall, Aliens is a film that provides a little bit of something for everyone, including character development, strong story-telling, action, suspense, humor and creature effects.

Truth be told, everything I’m mentioning here is negligible, but I have to fill in this space, so here goes. While most of the special effects still look good, some of them are clearly a product of the 1980’s. Some of the “futuristic” computers are especially obvious. So many of the marines are killed halfway through the movie, that we really don’t get much time with them, making their deaths feel meaningless. Though crucial to the overall plot, the character of Newt feels somewhat forced into the story because the idea of an 11-year-old surviving in such hellish conditions is a little far-fetched. 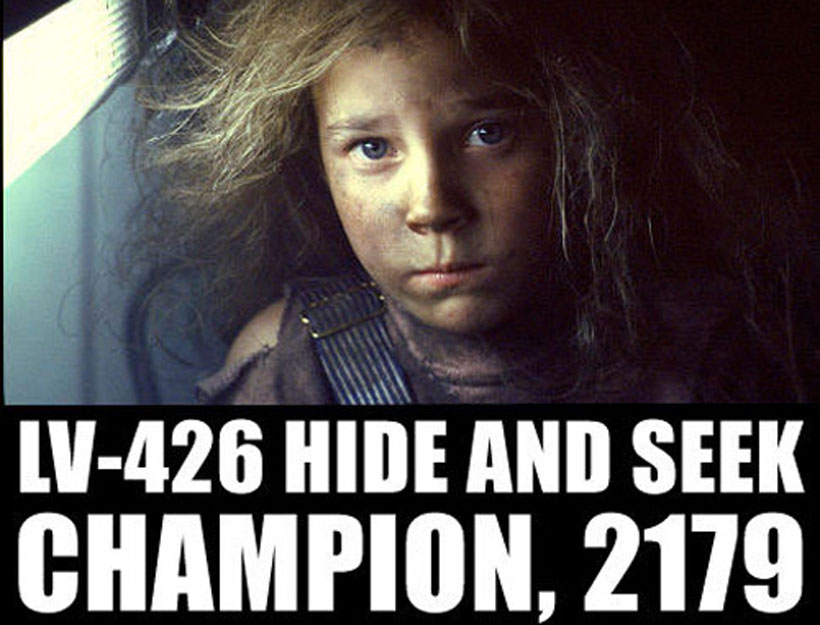 Yes, I am biased towards this film, but that doesn’t change the fact that it is a genre-defining classic. I could ramble on forever about this movie and all of the subtle things that make it great, but you’re better off watching it and discovering these things for yourself. So… what are you waiting for? Watch it! I’ve got nothing left. 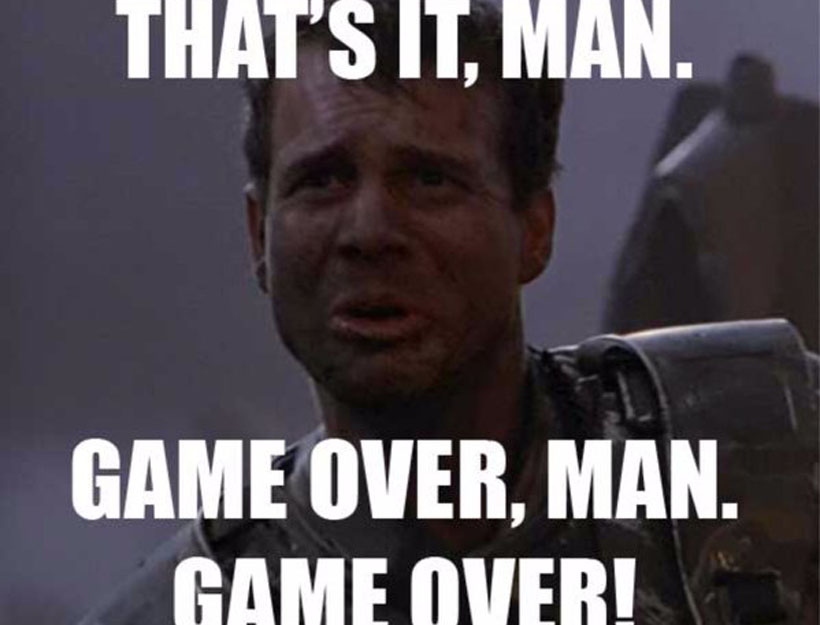 Recommendation: Watch the director’s cut; you won’t be disappointed.
*