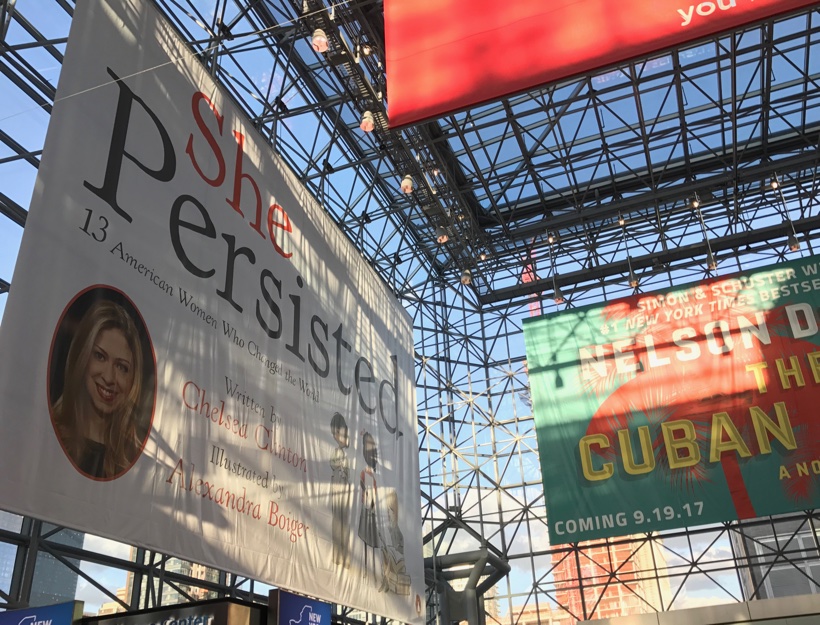 I was in college when I discovered the wonders of children’s books. Children’s Literature was a required course for every education major. The semester I registered for this course resulted in endless hours spent in the children’s room of the local library in Wheaton, IL. There I consumed the long list of titles on the required reading list and more. Once I discovered a writer I enjoyed, such as Madeleine L’Engle, Susan Cooper or Katherine Patterson, I devoured everything they wrote. That course was a life-changer. I was so smitten by this genre of literature, its educational value and the delight that it brought me personally, that I devoted my early career to the field of reading.

The Joy of Children’s Picture Books
Within the world of Children’s Literature, it was the children’s picture books that I enjoyed most. I loved the way a carefully crafted text could be illuminated by drawings, brilliant color and layout that worked in unison to convey a story the way the voices of an a cappella choir convey a song.

I began to collect these masterpieces for my own enjoyment, but found that a good picture book is more pleasurable when shared. A brand-new children’s book was packed in the overnight bag for the births of each of my three children. A book was the first gift they each received. Reading together was the second. Over the years, our daily routine included reading during lunch, before naps, for mid-afternoon snuggles and before bedtime. During our homeschool season of life, we used real books – picture books and kid’s novels – instead of textbooks.

Children’s picture books were in abundance at BookExpo 2017. Here is a small sampling of especially noteworthy titles to share with that special child in your life. 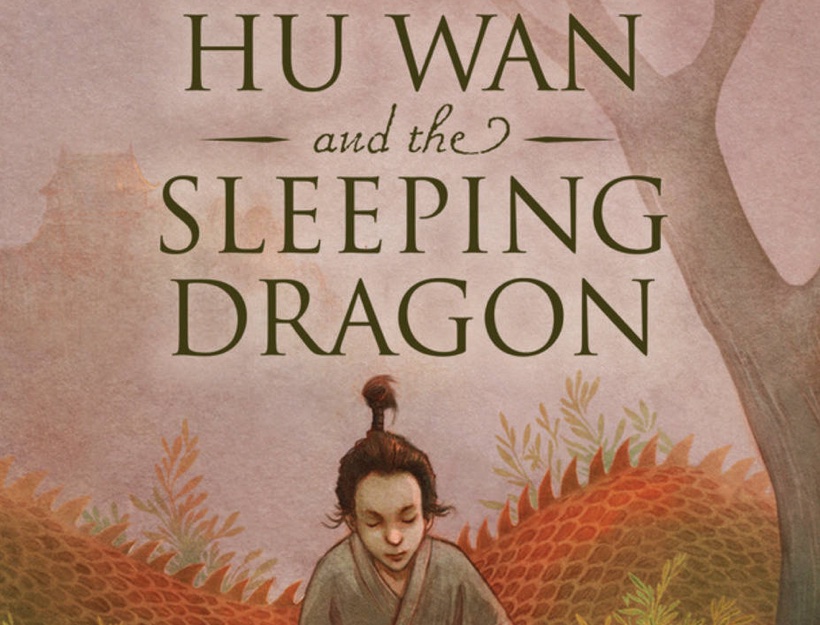 Hu Wan and the Sleeping Dragon

Nine year old Hu Wan is a peasant boy who lives near the Forbidden City enclosing the emperor’s palace in Beijing, China. Hu Wan and his grandfather support themselves by selling bowls and spoons made from gourds grown in their garden. It is Hu Wan’s responsibility to watch over one particular gourd intended for a special destiny. One day it would be transformed into a cricket cage. When ripe and ready, grandfather gives the gourd to Hu Wan. His first attempt at carving produces a cricket cage designed as a sleeping dragon. When he learns that the emperor has died, leaving his nine year old son an orphan, Hu Wan decides to offer the sleeping dragon as a gift to cheer the young emperor.

This 16th century tale shows the tender relationship between a boy and his grandfather. Grandfather’s patient training in the arts of gardening and carving are combined with doses of encouragement and wise guidance. When the carving tool slips making an unwanted gash in the special gourd, Grandfather’s response is, “Don’t worry, mistakes can be turned into masterpieces.” Soft watercolor illustrations help convey a timeless message about the values of patience, hard work, generosity, and family. 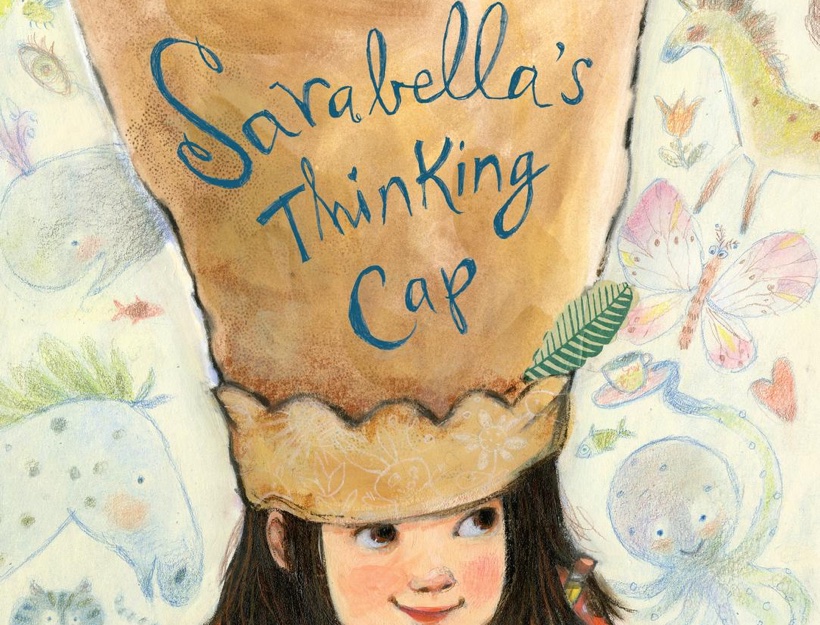 Sarabella’s teacher often sends notes home reporting to her parents that she is not paying attention in school. Rather than becoming upset, Sarabella’s parents explain, “You have daydreams in your DNA.” As children, they received similar notes from teachers. However, despite the support from home, Sarabella is concerned about her school performance and the attention it attracts from fellow students. Eventually, Sarabella resolves her dilemma by creating a thinking cap. Wearing the thinking cap to school enables her to share her imaginative daydreams with her peers and creates a bridge to friendship.

This is an exceptional book! It reveals the inner and outer world of a child with attention challenges, presenting this issue as a gift rather than a disability. The fanciful watercolor illustrations are charming and fun. This book is a valuable resource for any child who struggles in school. It could serve as a tool to encourage understanding and respect of individual differences in the classroom as well. 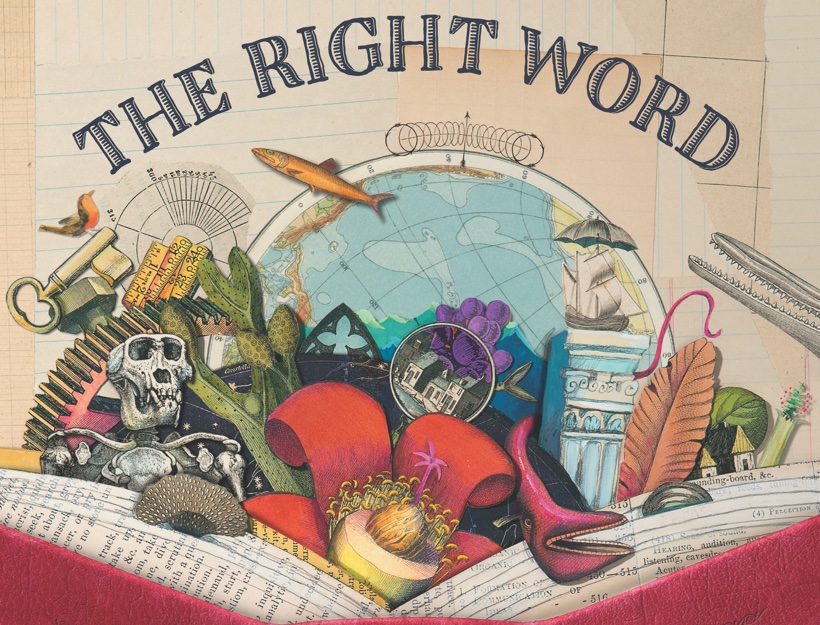 The Right Word: Roget and His Thesaurus by Jen Bryant, Eerdmans Books for Young Readers, 2014.

Peter Mark Roget loved words. At the tender age of eight, he began to write. He filled his book with lists of words. Roget continued to collect words throughout his life. Peter’s collection of words was first published in London as Roget’s Thesaurus in 1852 when Roget was seventy-three.

This picture book biography is as colorful as the man’s life. The book’s layout is cleverly designed to resembles a scrapbook. Each of the principal events of Roget’s life are presented by colorful watercolor and collage illustrations set to resemble a photograph on the page of an old-fashioned photo album. Illustrations are accompanied by short vignettes. To emphasize Roget’s love for lists, parts of the text appear as lists and must be read horizontally. Other pages include word lists as side notes.

Brilliantly done! This is a great book to inspire writing and to encourage young people to hold on to and patiently work towards achieving their dreams.
*