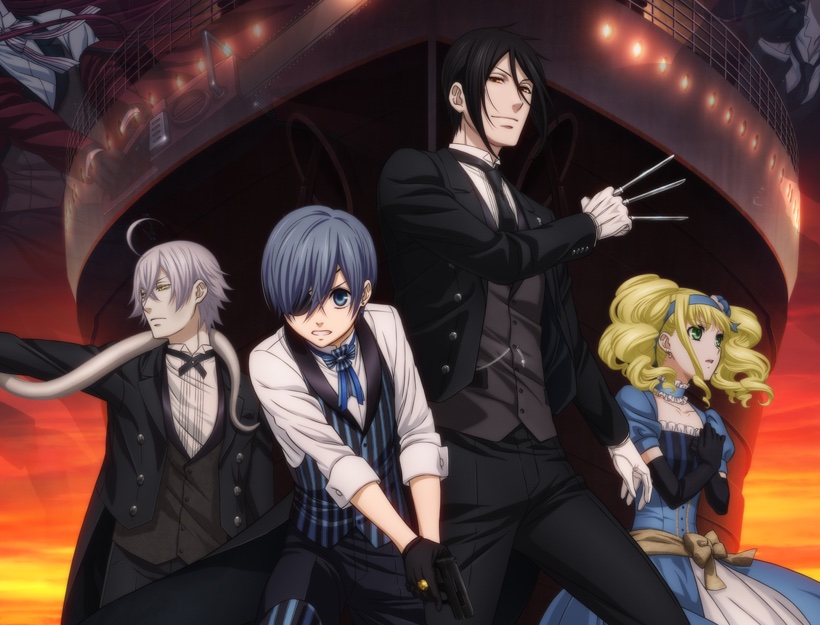 Black Butler: Book of the Atlantic

It was a real treat to be able to watch Black Butler: Book of the Atlantic in a theater full of equally excited fans. The audience was quite receptive: every beloved character’s entrance was met with applause and inside jokes from the series led to boisterous laughter. With limited theatrical screenings on June 12 (with English subtitles) and June 14 (dubbed in English), Book of the Atlantic is no longer in theaters, but as soon as it is available for online viewing or purchase I would highly recommend it.

For those of you unfamiliar with the Black Butler series, here is a quick recap: Ciel Phantomhive lived a happy, idyllic life with his parents until one night mysterious figures attacked the manor, killing Ciel’s parents and kidnapping and torturing Ciel. With no other hope of escape, Ciel made a contract with a demon whom he named Sebastian. Sebastian agreed to serve him with complete obedience until Ciel could exact revenge on the people who killed his parents. In exchange, when he had his revenge, Ciel would give his soul to be eaten by Sebastian. It’s a dark premise and does lead to some truly terrifying scenarios, but along the way there are plenty of quirky moments and characters with such heart that you can’t help but cheer for them.

Book of the Atlantic is the first movie within the series, adapted from an arc within the manga, with the events falling somewhere within the timeline of the first season of Black Butler.

On to the Movie!

Book of the Atlantic is the sort of film that will be enjoyed on a deeper level if you have watched the previous seasons, but is also informative enough that a newcomer could jump in with this film and get the gist of the storyline. The main premise of the film is simple: While on the brand-new passenger ship Campania traveling from England to America, Ciel and his butler Sebastian uncover the workings of a medical secret society whose efforts toward achieving immortality lead to a zombie outbreak onboard. This much is clear from the trailer.

While this plot is entertaining, it mainly serves as the canvas on which the lives of our favorite characters may be further explored. As we follow Ciel, his friends and a few of the Grim Reapers through the bowels of the Campania, we get to see pieces of their stories we hadn’t before: a new side of Elizabeth, Ciel’s betrothed; the beginnings of Ciel’s and Sebastian’s contract and how they become such a dynamic duo, and even the true identity of a character whose origin has until this point been totally unknown.

This is fanservice at its best. None of the characters change in any sort of drastic way that will alter the course of their story, but this adventure reminds us who each person is. The core of the story remains Ciel’s ongoing, all-consuming desire for revenge above any sort of happiness life can offer. For the moment though, this mission is put to the side as the present need to eradicate the corrupt scourges of society resurfaces once more. 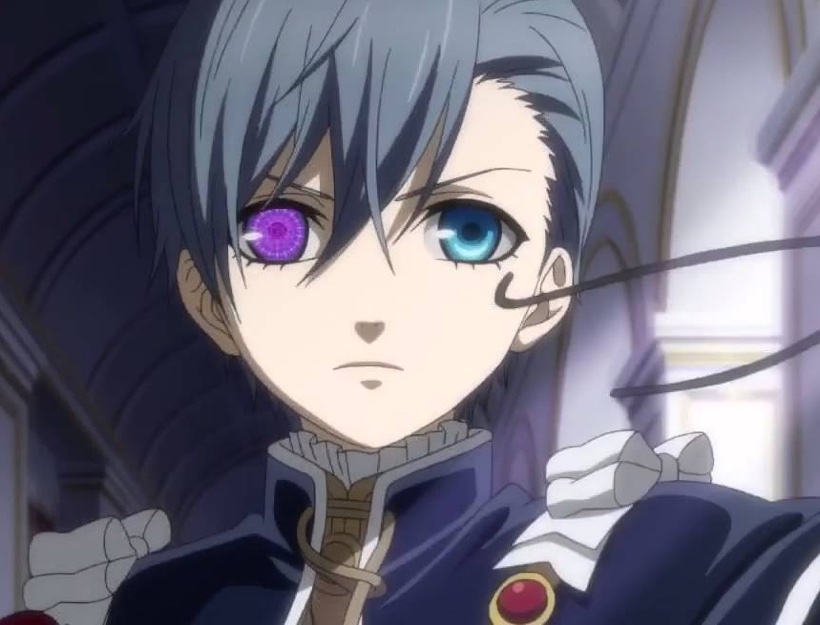 Black Butler: Book of the Atlantic

Book of the Atlantic provides one of the more light-hearted, hopeful moments in this tale of heartbreak and woe, and it is much appreciated. Elizabeth’s fight scene was met with raucous applause and a single “She’s hot!” which made the audience burst out in appreciative laughter. Grell, Ronald and Snake all provide great comedic moments, and the relationship between Ciel and Sebastian is as hilarious, thought-provoking and heartfelt as ever. For any Black Butler fan out there, this is a must-see. If you’ve been meaning to try out this anime, but haven’t had the time or willpower to take on a whole season, this film is a great way to get an idea of who the characters are and what earlier seasons have to offer. Either way, this is a great movie that is sure to keep you entertained from start to finish!
*