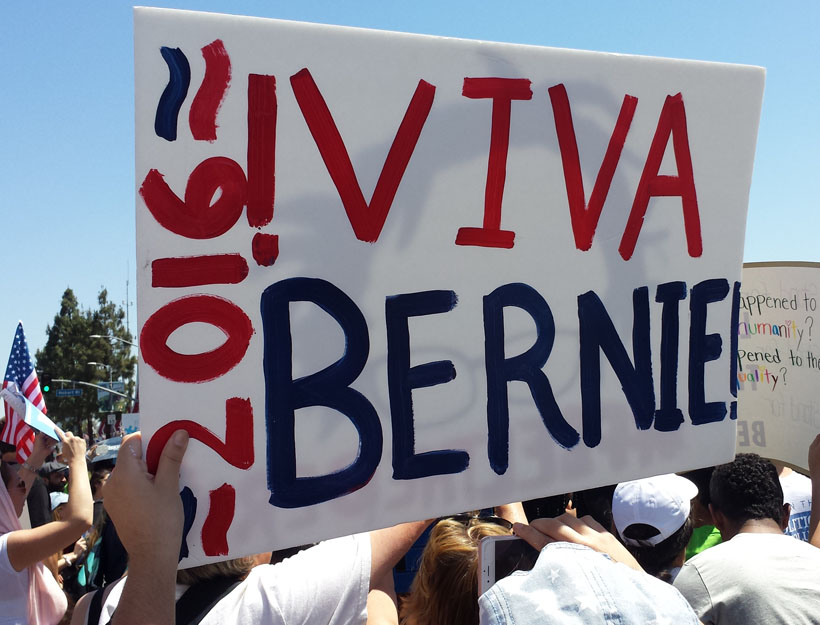 What if you are an American and find yourself convinced that one candidate for President/Congress/Senate stands out as best against all the others running for the same position? What if it’s a cause that you embrace as important enough to let your voice be heard in public as supporting – or not supporting? Well, one thing a person might do is join a local march or rally supporting that candidate/cause or protest! That’s what happened with me last Sunday, April 17, 2016!

So, as the story goes, my “partner in crime” for the day and I needed a ride down from Pasadena to where the rally was being held in Los Angeles. Since neither of us has a proper car at our disposal (and didn’t feel like we had enough time to Metro), we called Lyft, a ride-share company similar to the more well-known Uber : )

Once we were deposited at the corner of Martin Luther King Blvd. and Western, we knew we needed to eat in order to fortify ourselves for the afternoon ahead.  Enter Yelp – the smart phone app that can give you what you need to know in about 10 seconds when it comes to good eats in the middle of an unfamiliar part of a city, among other things!  Presto, one block away, we were told, Las Delicias had four stars and a one dollar sign!  That means good food on a budget – perfect! 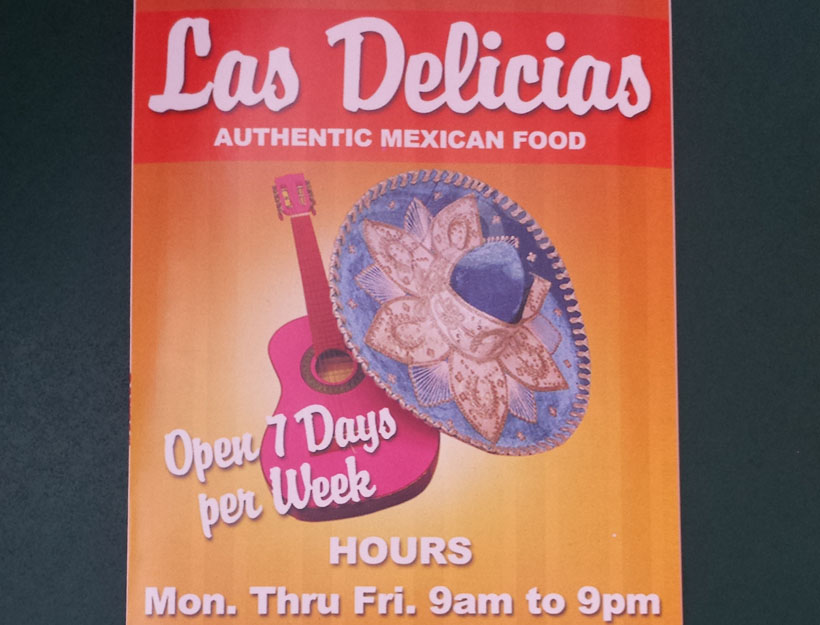 Not only was the service friendly, the food was great!  AND the staff were very kind to let us finish up creating our signs at their table.  They cleaned it up to make sure that no stray drops of salsa covered any of the important words and images we were creating! 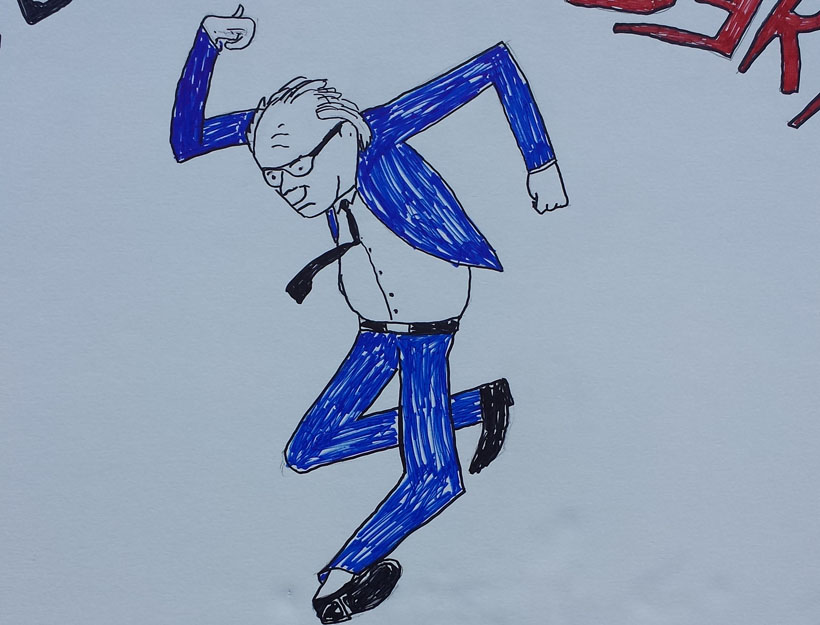 I have to say that we were asked multiple times for photos of Bernie Sanders skanking!

Now, although Culture Honey is not a political magazine, we do write stories about life in Los Angeles, and this march/rally truly felt like quintessential L.A. community life! Here’s a quick video snippet:

There were so many people from many different types of backgrounds participating in the march – all united for one purpose: to promote a presidential candidate! There were people that had loud music playing out of portable speakers – my favorite was jamming out a Buffalo Springfield song, “Stop Children What’s That Sound”! The song really lent a soundtrack that was fitting, bringing people together as only music can. 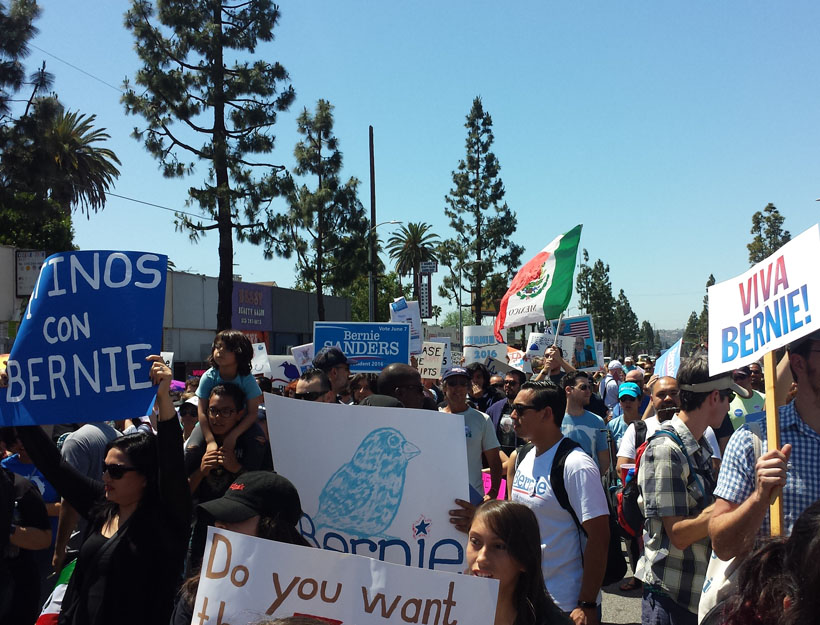 At several points along “King Dr.” as it’s called for short, residents came out of their houses, waved and took photos and videos of the marchers passing by! I didn’t get any photos of them, but it was really fun when the second or third story groups of families came out and waved at us.  There really was a sense of optimism and hope in the atmosphere! 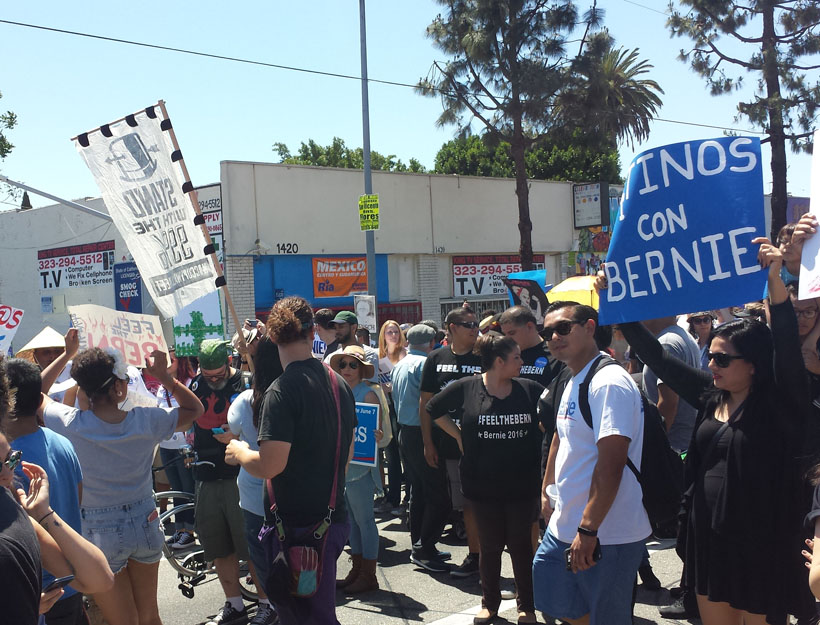 At the end of the march there was a rally with bands like the Flower Punks and multiple speakers. There were several booths too. I was even able to update my voting address and finally change my political affiliation, which I’d been planning to do for years! 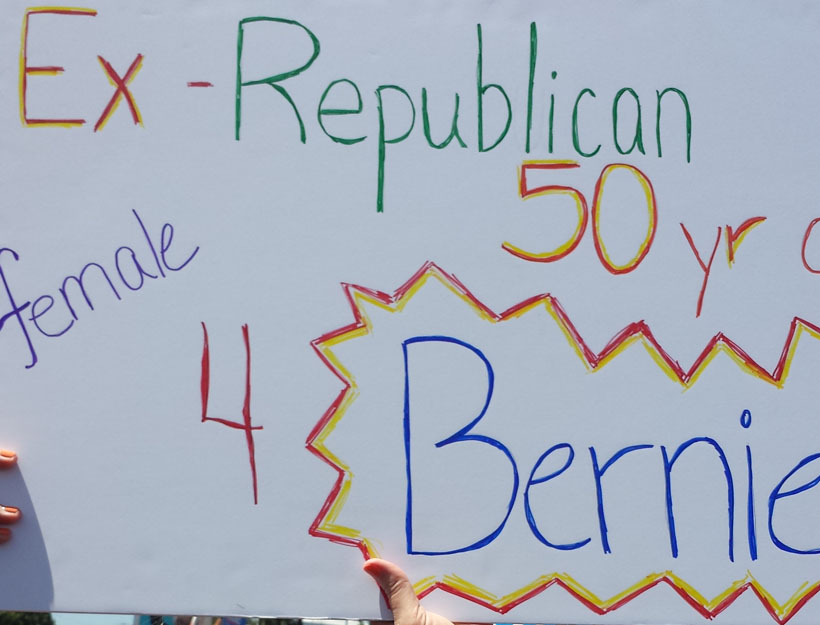 As I thought about the festive and even family atmosphere (there were many babies in strollers!) of the march and rally, I couldn’t help but think of all the people around the world who aren’t able to enjoy the freedom of political expression, much less dissent. This was my first participation in a political march of any kind. I’m not sure I will participate in the political process in this way again, but I have to say that I am very glad to have the opportunity and the freedom to decide to do so! What a great American tradition – and even more, what an important human right!
*