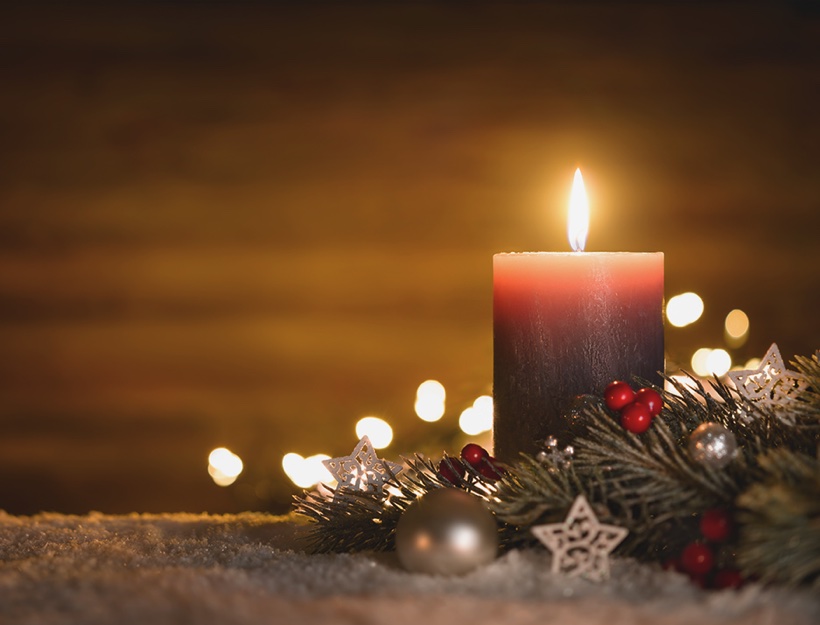 On this cold evening of December 3rd, the flame of one candle severs the darkness and eases the chill. It is the first Sunday of Advent, the beginning of the New Year for Christians around the globe. The season begins on the fourth Sunday before Christmas and ends on Christmas Eve in Roman and Protestant churches. Among the ancient Celtic Christians and in the Eastern Orthodox church today, Advent consists of forty days.

The word “advent” comes from the Latin word adventus, which means ‘coming’ or ‘arrival’. The season of Advent emerged among the churches in Spain and Gaul somewhere between the 4th and 5th century as a time for Christian converts to prepare for baptism through prayer and acts of penance. By the 6th century, the focus of the season shifted towards a time set aside for all Christians to watch, wait, and pray for Christ’s Second Coming when He will return to judge the earth, obliterate evil, and set things right throughout the Earth. It wasn’t until the Middle Ages that Advent became linked with Christmas, a time of expectant waiting for the celebration of the birth of Christ as Savior of the World.

Today, Advent embraces each of these themes. It is a season to prepare for the Three Comings of Christ: past, present, and future. To put it simply, Advent is all about Making Room for Christ. This is a challenge in a culture that focuses on shopping and ceaseless activity. In order to make room for Christ, we must create time and space to meet with Him.

The Advent wreath is a tradition that can help us make room for Christ. It includes five candles surrounded by a circle of evergreen boughs. One candle is set in the center to represent Christ. The other four are placed in a ring that surrounds the Jesus candle. Each of the outer candles represent one of the four Sundays that lead to Christmas. One candle is lit on the first Sunday and during the subsequent nights of the week. A second is lit in addition to the first on the second Sunday and so on. On Christmas Eve, all five candles blaze in the darkness and continue to be lit throughout the twelve days of Christmas.

While my children were young they were eager to gather around the Advent wreath each evening. They would rush around the house turning off all the lights just before bedtime. We then sat quietly in the darkness watching… waiting for the hiss of the match. When it touched the wick of the candle we declared in unison, “The light of Christ!” While the candles blazed, we read a passage of Scripture followed by a time of prayer. It was then that thanksgivings were uttered and the burdens of tender hearts were made known to the God who was present sitting among us.

My children are grown and have left the nest, yet Advent continues to be a meaningful season in my own life. I venture into the woods and forage in the backyards of my friends  to collect a variety of greenery for assembling my wreath. As evening descends, I go about the house extinguishing the lights.  I take time to sit in the silence and the darkness. I reflect on the times when I was aware of Christ’s presence with me during the day. I note the moments when I felt distant or afraid.  I finally light the candle and declare, “The Light of Christ!” I am reminded that he is here, God with us, God with me. I listen for Him to speak to me through the Scriptures. I express my concerns for our dark and broken world and pray, “O come, O come Emanuel…”

Prayers for Dawn and Dusk by Edward F Gabriele

The Book of Common Prayer

To Dance with God: Family Ritual and Community Celebration by Gertrud Mueller Nelson