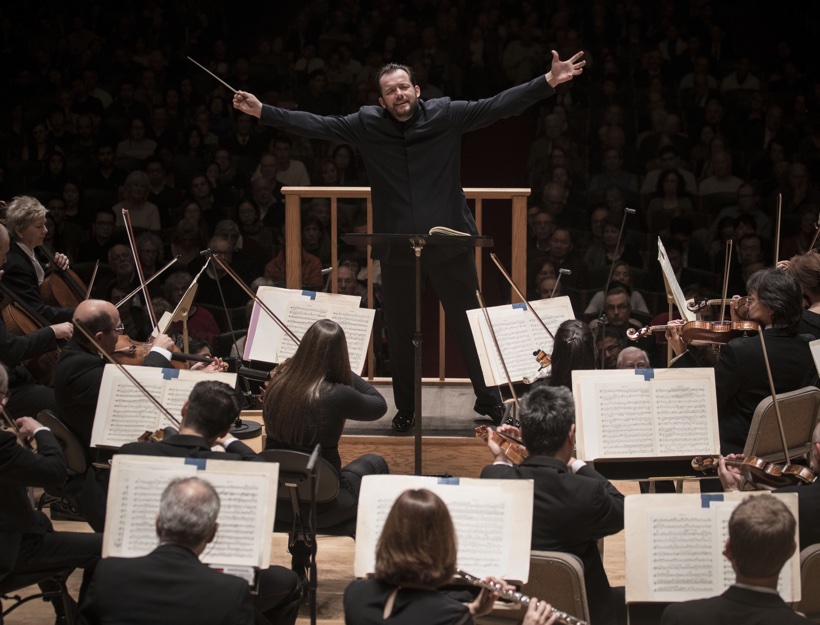 Symphony Hall is the home of the Boston Symphony Orchestra. This elegant historic landmark is considered to have the finest acoustics of any concert venue in the country and is one of the three finest in the world.

The concert was preceded by a wine and cheese reception. The tables were dressed in starched linen and donned with elegant floral arrangements. The trenchers laden with cheese, crackers, fruit, and pâtés emptied quickly. Rushing into the city amidst Friday traffic had left no time for lunch, so I was grateful for a few bites before the concert.

Despite my hunger, people-watching quickly diverted my attention from food.

Here, the rich and the famous gathered in their finery. I admired a tomato red backless evening gown worn by one willowy young lady. Another that caught my eye was a full-skirted, floor-length dress composed of waves of turquoise taffeta shimmering like the sea. More about BSO’s fundraising efforts here.

Celebration was the theme of the evening.

Composer Leonard Bernstein is best known for composing Broadway musicals such as West Side Story. He was born in Lawrence, Massachusetts, educated in Boston, and began his musical career there. He studied music at Harvard and conducting at Tanglewood Music Center, the BSO’s summer residence located among the Berkshires in Western Massachusetts. Over the years, Bernstein’s ties to Boston’s musical establishment remained strong. Here his compositions were premiered and performed. He frequently made appearances as guest conductor.

Renowned soloist Federica von Stade functioned as the hostess of the evening.

The program included an eclectic cross-section of Leonard Bernstein’s work. The concert opened with “Divertimento for Orchestra”, written in 1980. The eight movements varied between melodious and dissonant. Light and playful sequences intermingled with elements sounding dark and mysterious. The “Divertimento” was followed by ‘”Halil,’ Nocturne for Solo Flute”.  This commemorative piece, haunting and heartfelt, was played soulfully by principal flautist Elizabeth Rowe. Several poems that Bernstein had set to music were expressively sung by Julia Bullock and Federica von Stade.

The program also included selections from Bernstein’s musicals Wonderful Town, Candide, and Peter Pan, closing with “Symphonic Dances” from West Side Story. In this final piece, the composer had woven key pieces from the musical into a lush instrumental arrangement for orchestra. Long, melodious segments of “There’s a Place For Us” were punctuated with several of the catchy dance tunes from the stage version.

Opening the new concert season with an All Bernstein Program was a brilliant choice by the exuberant young conductor Andris Nelson. The complexity and variety of Bernstein’s music gave voice to the superb skill of the Boston Symphony Orchestra musicians as well as the virtuosity of its conductor.

Bernstein integrated a wide span of musical styles, tempos and themes into his repertoire. The orchestra conveyed each with finesse. The music shimmered as brightly as the golden laurel garland glowing from the ceiling overhead. The last measures of the finale were rendered slow, succinct and hauntingly beautiful. The audience responded with a hearty standing ovation that lingered on and on. Throughout the long drive home, I caught myself humming “There’s a Place For Us”.