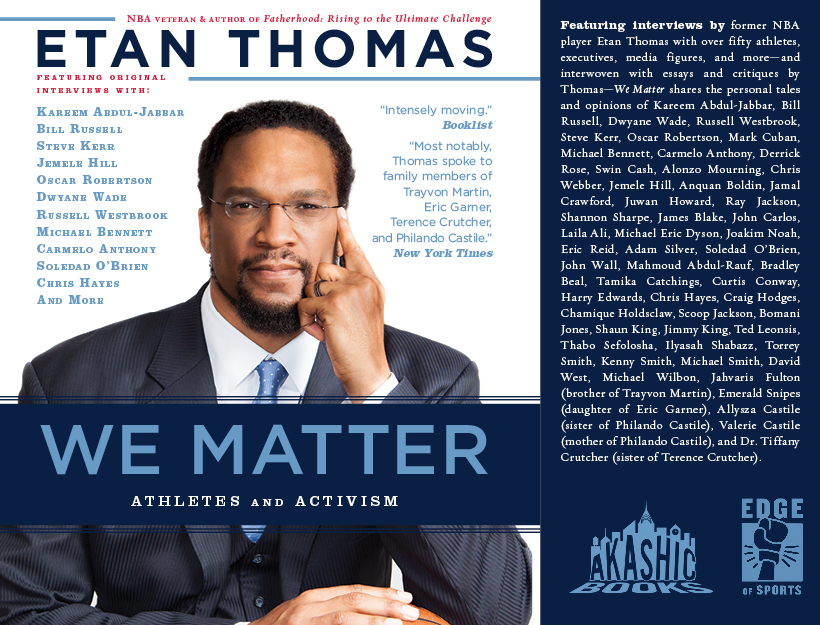 The Plantation: Off-Sides & Out of Bounds

“Shut up and dribble,” was the response of television and radio talk show host Laura Ingraham to Cleveland Cavaliers LeBron James for “talking politics” during a recent interview. The Fox News host clearly thinks it is out of bounds for a professional athlete to express his or her opinion regarding matters of social justice. Ingraham said she was not interested in political advice from “someone who gets paid $100 million a year to bounce a ball.”

It’s 2018, and minorities make up 75% of the population in professional sports. So, when a white talk show host decides to make those condescending remarks to one of the top black athletes in professional sports, it comes across not only as racist, but also made it very clear to me that no matter how talented athletes of color are, we will always be reminded that we are not “good enough” to voice our opinions or express our beliefs. After reading the book We Matter: Athletes & Activism by Etan Thomas in which he interviews some of the most influential minority athletes in sports, I have to agree with Thomas that these athletes should not only be encouraged to speak out more about social issues, but they should be supported by the organizations they represent. 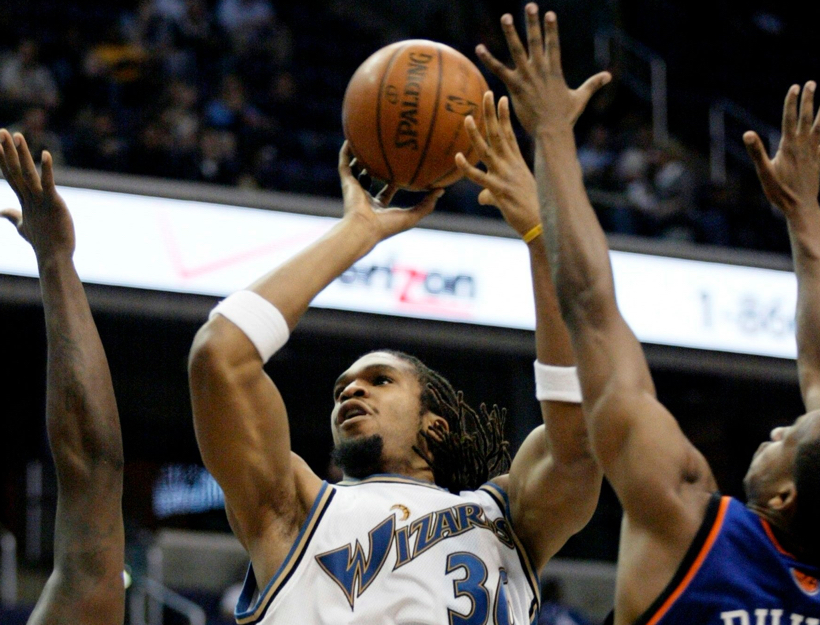 Etan Thomas, Playing for the Wizards

Etan Thomas is an American retired professional basketball player who played 9 seasons in the NBA. Thomas is now a published poet, freelance writer, and motivational speaker. His goal is to get the sports world more involved in the community and become a broader part of the discussion in helping find solutions for the social injustice issues we are currently facing.  Thomas’ goal of getting athletes more involved is especially focused on organizations such as the National Basketball Association and the National Football League.

One of the things that I loved about Thomas’ book is that he not only interviewed some of the top athletes and coaches in sports, but he was also able to interview some of the relatives of the victims who we lost to acts of violence that go hand-in-hand with a prejudice justice system and larger societal devaluing of people of color. In his book Thomas included the siblings of the victims such as Trayvon Martin, Eric Garner, Terrence Crutcher, and Philando Castile so they could give their perspective on what they were feeling after they lost a loved one to deadly neglect or violence at the hands of a law enforcement official or a community volunteer in the case of Trayvon Martin. 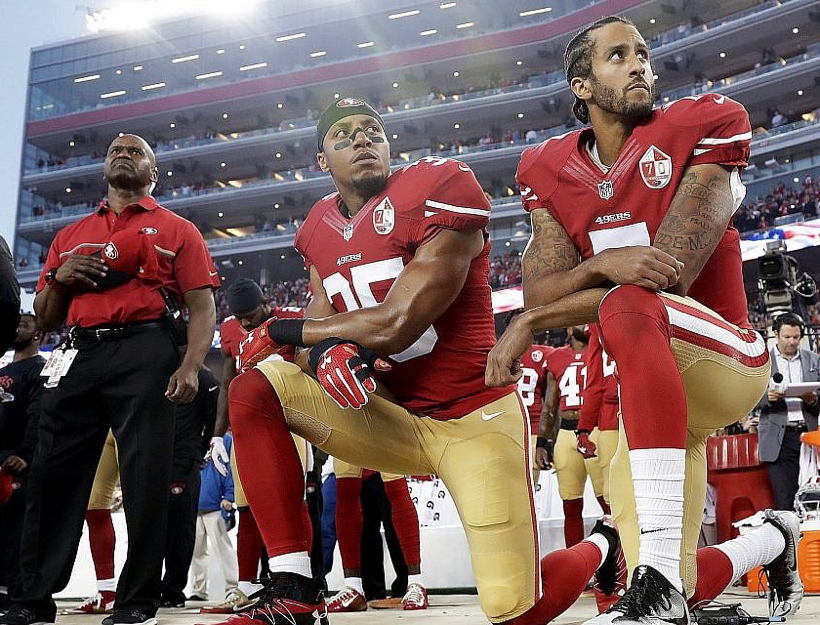 Some are calling our current era in history the “Second Civil Rights” movement.  There are many reasons for this, but as Thomas is focused on the area of sports, we have to mention Colin Kaepernick.  On Sept. 1st, 2016, Kaepernick took a knee during the playing of the national anthem and was joined by teammate Eric Reid, which resulted in sparking one of the largest protest controversy stories in sports history.

The reason for Kaepernick’s protest was simple: he was using his platform to raise awareness for the social injustice people of color are currently facing. Unfortunately, in Colin Kaepernick’s case he has been made a financial martyr for speaking up about his beliefs.  On the other hand, because of his courageous actions, many others from the sports world have been encouraged to speak up about their beliefs.

“I am not going to stand up to show pride in a flag for a country that oppresses black people and people of color. To me, this is bigger than football and it would be selfish on my part to look the other way. There are bodies in the street and people getting paid leave and getting away with murder.”

Athletes protesting and using their platform to speak out against social issues is not anything new. In 1968 the Olympics Human Rights Salute was a political demonstration conducted by African-American athletes Tommie Smith and John Carlos during their medal ceremony on October 16 at the Summer Olympics held in Mexico City. After Smith and Carlos won gold and bronze medals respectively in the 200-meter running event, they turned on the podium to face their flags and hear the American national anthem, “The Star-Spangled Banner”. Each athlete raised a black-gloved fist and kept them raised until the anthem had finished. In addition, Smith, Carlos, and Australian silver medalist Peter Norman all wore human rights badges on their jackets. In his autobiography, Silent Gesture, Smith stated that the gesture was not a “Black Power” salute, but a “human rights salute”. The event is regarded as one of the most overtly political statements in the history of the modern Olympic Games. 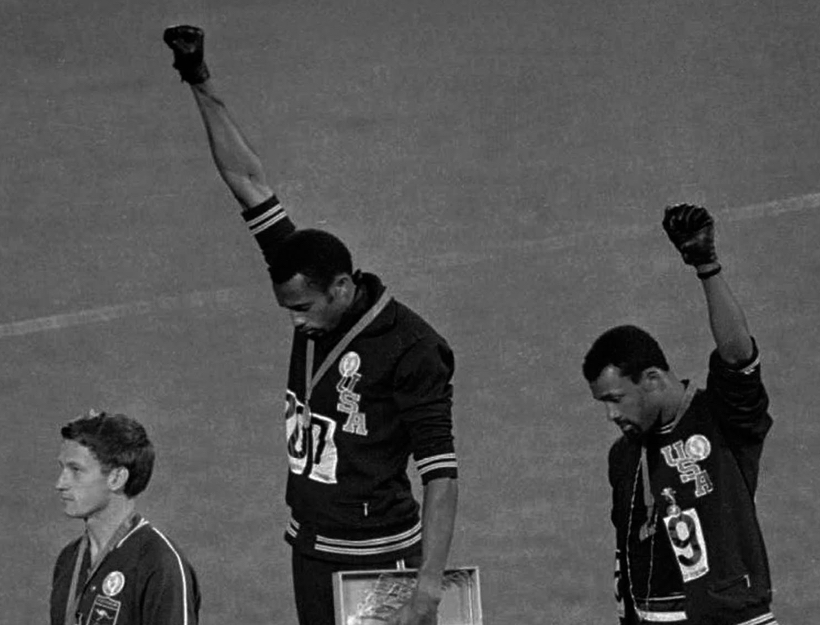 One of the interviews that I want to highlight in We Matter is the interview with Steve Kerr. Kerr is the Head Coach of the Golden State Warriors. He said that as a coach he wanted to make sure he not only encourages his players to speak up and to be involved in the community but also encourages other coaches and the league to support the players that are choosing to use their platform to speak up about social justice issues. The support from the National Basketball Association (NBA) has been strong and is continuing to get stronger as the league is starting to become more involved in giving more and more freedom for players to speak out. 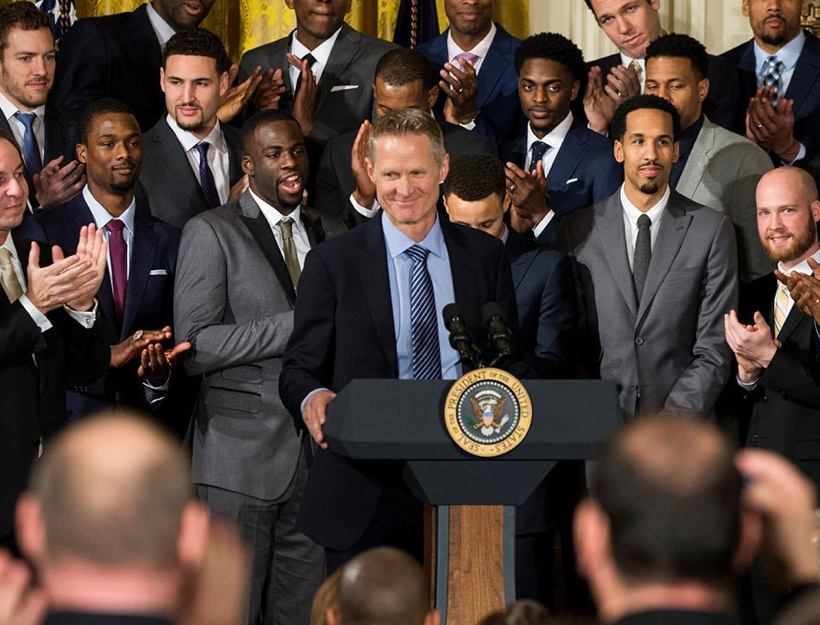 The same cannot be said about the National Football League (NFL) as you can tell with the Colin Kaepernick situation, Kaepernick still does not have a job. In fact, just last week, on April 25th, the NFL had a secret meeting to discuss the National Anthem protest by the players. Below is a video summary.

The New York Times included several excerpts from the meeting in their article:

“The players sounded aggrieved. After discussing a proposal to finance nonprofit groups to address player concerns, they wanted to talk about why Colin Kaepernick, the quarterback who started the anthem protests to highlight social injustice and police brutality against African-Americans, was, they believed, being blackballed by the owners. The owners sounded panicked about their business [being] under attack and wanted to focus on damage control.

“If he was on a roster right now, all this negativeness and divisiveness could be turned into a positive,” Philadelphia Eagles defensive lineman Chris Long said at the meeting.

Long said he did not wish to “lecture any team” on what quarterbacks to sign, but “we all agree in this room as players that he should be on a roster.” The owners’ responses were noncommittal. The Eagles owner Jeffrey Lurie said that fighting for social justice is not “about one person.”

The New England Patriots owner Robert K. Kraft pointed to another “elephant in the room.”

“This kneeling,” he said. “The problem we have is we have a president who will use that as fodder to do his mission that I don’t feel is in the best interests of America,” said Kraft, who is a longtime supporter of Mr. Trump’s. “It’s divisive and it’s horrible.”

The owners were intent on finding a way to avoid Trump’s continued criticism. The president’s persistent jabs on Twitter had turned many fans against the league. Lurie, who called Trump’s presidency “disastrous”, cautioned against players getting drawn into the president’s tactics.

The owners kept returning to one bottom-line issue: Large numbers of fans and sponsors had become angry about the protests. Boycotts had been threatened, jerseys burned and — most worrisome — TV ratings were declining.”

So even though Bob Kraft has been friendly with the current president previously, it sounds like his support is wavering, at least in “private”. 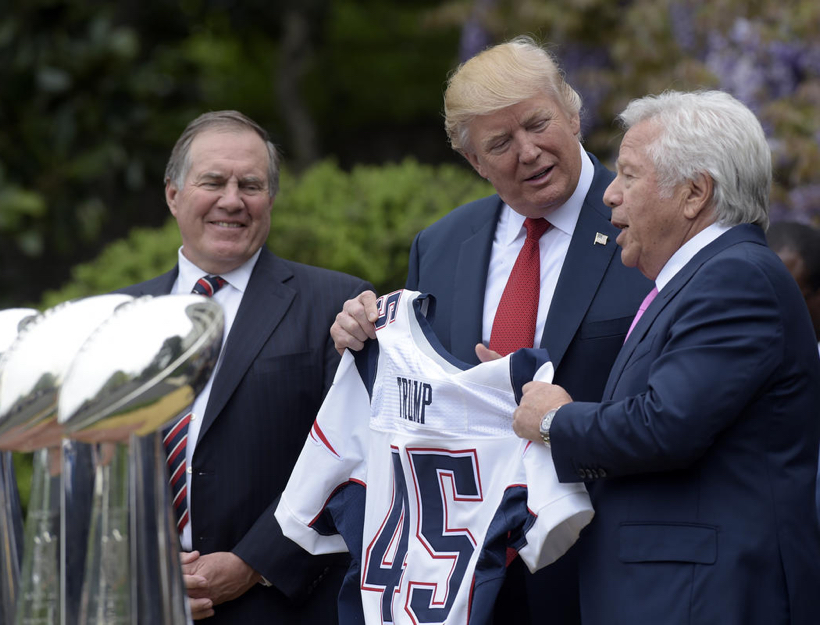 After reading the transcript of this meeting, it becomes very clear that the owners are more concerned about their pockets than the current social issues. The NFL wants their players to remain silent and keep their heads down, but how can anyone be silent when most of the population of the players in the NFL are minorities? Instead of trying to silence the protest of athletes, the owners should be showing support for these players. The NFL is drawing more negative attention because they have not yet embraced the idea of allowing their players the freedom to speak out for their beliefs. The front office of the NFL is still lacking in the department of hiring minorities, which is why it is not surprising that athletes still do not have complete freedom to express their beliefs without lack of vocational and financial harm.

In closing, I am convinced that athletes should continue to step up and use their platforms in voicing their opinions on issues they want to support. The NBA is doing a much better job of giving freedom to their athletes to speak out on the social issues of our day, whereas the NFL treats its athletes as if they are owned, with complete lack of freedom of speech, like slaves on a plantation once were.

Here are a couple of quotes from family members about the difference that having professional athletes speaking out in their cases made:

“It couldn’t have happened without [athletes] . . . People around the world know my brother’s name. I don’t know if a lot of people know this, but in the beginning, the news outlets didn’t want to run the story.”
—Jahvaris Fulton (brother of Trayvon Martin)

“On Facebook someone had reposted the video [of various NBA players wearing I Can’t Breathe shirts] . . . and I thought it was Photoshopped. I didn’t think it was real . . . It was really overwhelming because I felt that my voice is being heard.”
—Emerald Snipes (daughter of Eric Garner) 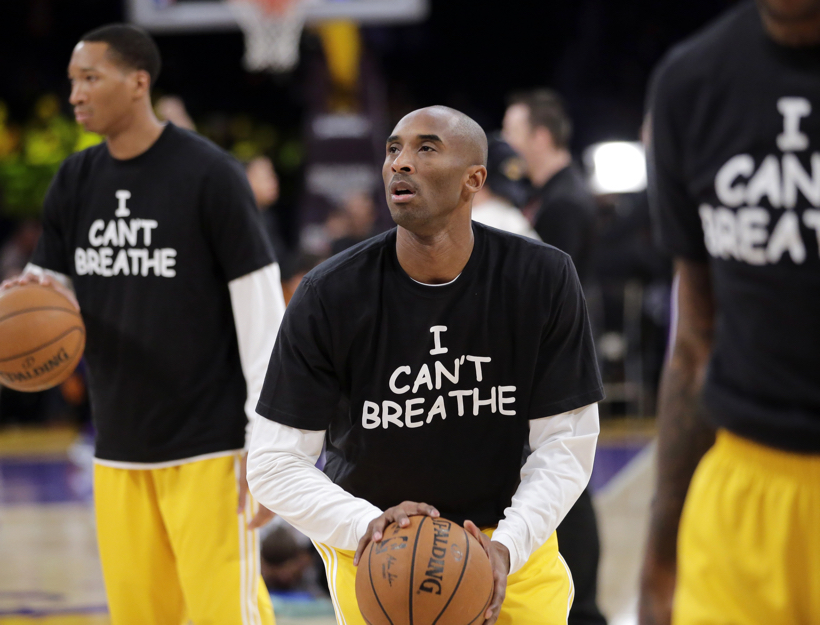 Kobe Bryant and Lakers wear I Can’t Breathe Shirts in 2014, supporting the family of Eric Garner, who died July 17, 2014 after a police officer placed him in a chokehold when he was being arrested for selling individual cigarettes.

I applaud Etan Thomas’ We Matter because his voice is adding strength and courage to athletes in regard to speaking up and becoming more involved in the issues of social justice. His support is especially important to other professional athletes because they do have a larger platform with the ability to reach huge audiences. When professional athletes protest, more dialogue is created around serious social issues which in turn helps point us in the direction of finding and implementing real solutions.
*